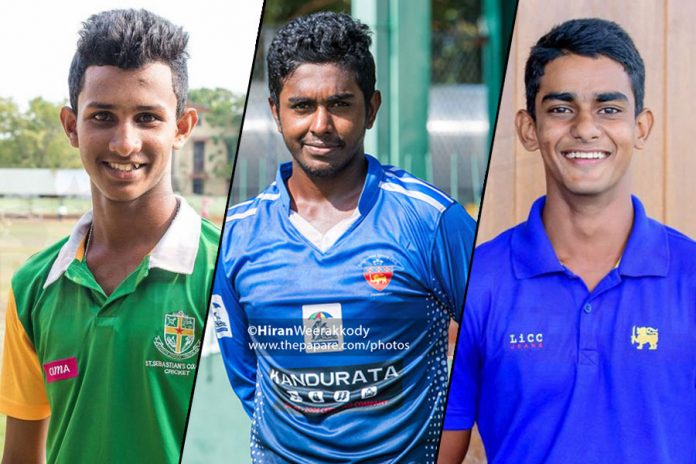 The 2nd day of the two semifinals of the SLC Major Emerging Tournament 2019/20 were worked out today between the defending champions SSC and Colts while Chilaw Marians CC took on Army SC.

Left arm spinner Akash Senarathna dismantled Colts’ batsmen as he picked up 5 wickets to restrict the opposition to 185. South paw Kavishka Anjula made a valuable 64 to earn his team a first innings lead of 57 runs.

SSC batting unit failed in their duties once again in the 2nd innings, except for the Royalist Pasindu Sooriyabandara who scored an unbeaten 69 to hold the innings for SSC and extend the lead which would ultimately decide their spot in the final. Left arm spinner Praveen Jayawickrama collected 4 wickets in the process.

Chillaw Marians dominated another rain-hit day at P Sara Oval, Colombo against Army SC in the 2nd semi-final as they have now batted for all two days of the match through 112 overs.

Nimesh Vimukthi and Kavindu Irosh scored half centuries for Chilaw Marians while Maleesha Aluthgedara secured 3 scalps. They were 254 for 9 at stumps ofnday 02.

Video – What should be the Test squad for Pakistan series?-...