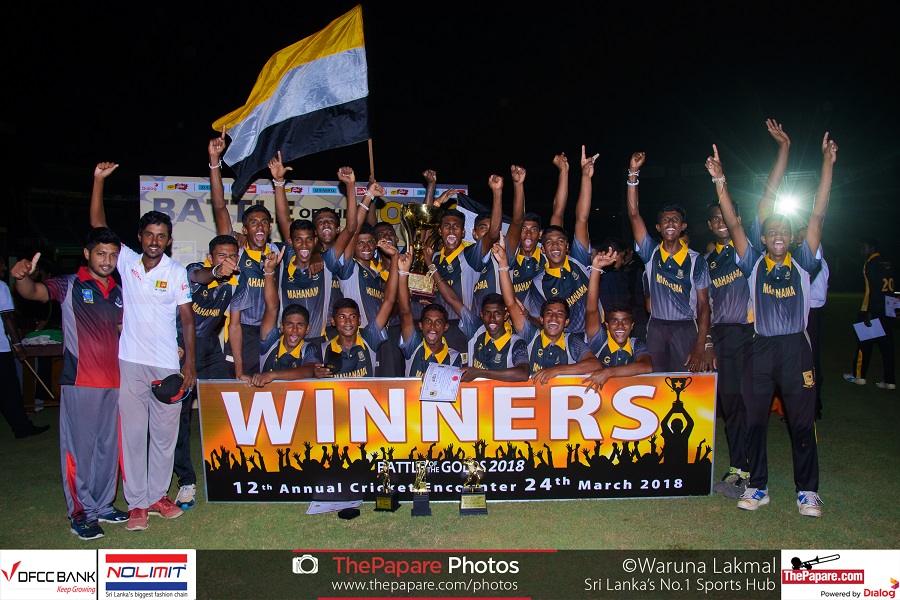 Earlier, after having won the toss, Mahanama College skipper Heshan Hettiarachchi elected to field first on a green pitch which looked like it would be perfect for seam bowling.

However, the DS Senanayake batsman were up to the task and negotiated the new ball without any major hiccups.

Pasindu Adhithya top scored for the Dons with a gritty 77 runs alongside Muditha Lakshan assisting the total with 58 runs as well. In the bowling department, skipper/fast bowler Heshan Hettiarachchi was the pick of the bowlers scalping 3 wickets for 34 runs.

In reply, the Mahanama innings was halted at 213 for the loss of 5 wickets due to bad light. However as of the Duckworth and Lewis formula they were 2 runs ahead and therefore won the game.

The top scorer for Mahanama was 15-year old Pawan Rathnayaka with 74 runs while Pawatha Weerasinghe scored 65 runs to get Mahanama home safely. Sachintha Hettige managed to pick up two wickets but it wasn’t enough to stop the Mahanama batsmen from chasing down the target.