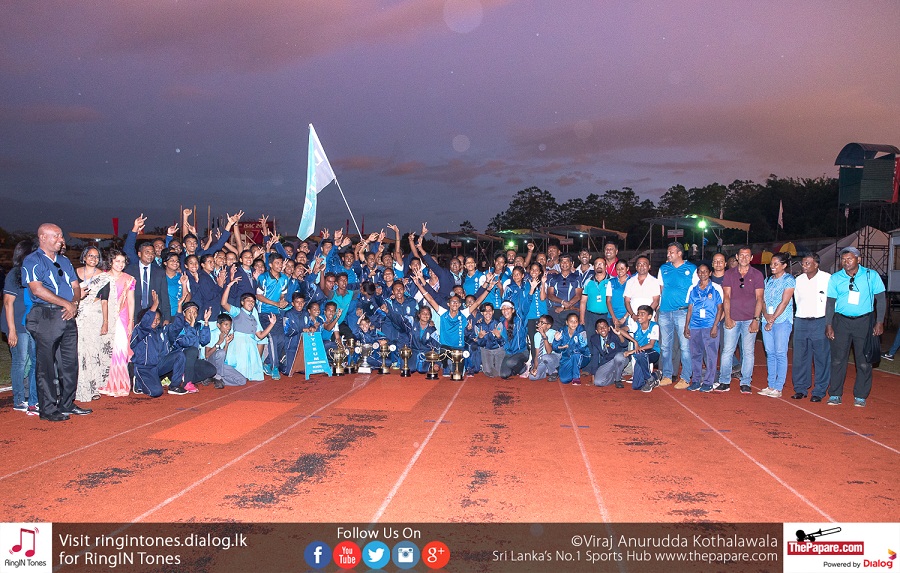 The final day of ISAC 2018, was one of the most awaited events of the season for the talented young participants who worked  hard to add the final scores for their alma mater.

Lyceum International School Wattala once again took the limelight of ISAC 2018, topping tables in all possible age groups. LISW won the Under 12, Under 14, Under 16 and Under 20 Overall Championships. The overall relay championships were also grabbed by the Wattala Lyceumites. Shenali Bastian (U12), Kenari Gamage(14) and Naveen Perera (U16) conquered in their respective age groups from Lyceum, Wattala.

The scores truly define the competitiveness of the schools which tumbled the tables for Gateway College Colombo emerging first-runners up for the event. The Under 18 Overall Championship was also won by them. Randi Cooray and Sharmila Jan, two great athletes from Gateway, shared the Under 20 Girls Champion trophy with three golds each. Further Udesh Ranasinghe (U20), Sadeepa Henderson (U18) and Venura De Alwis(U14), the age group champions also helped Gateway add up their scores.

Unfortunately there were no meet records  this year as the age groups have been aligned to the government school’s athletic meet standards. ISAC 2018, concluded with the flag ceremony with Lyceum International School, Nugegoda handing over the procedure of organizing ISAC 2019 to the next School.