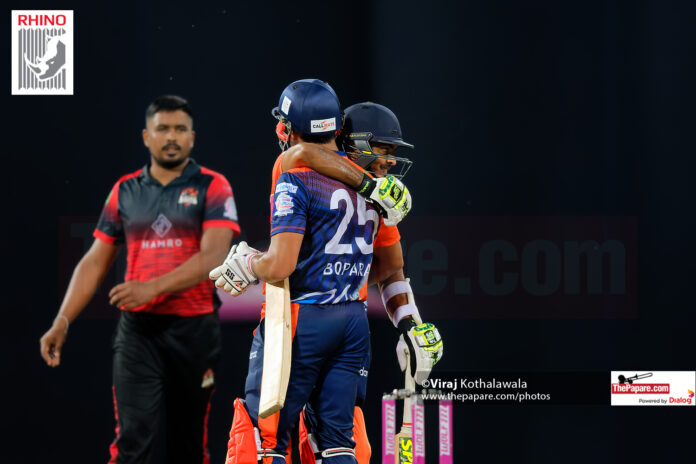 Kandy Warriors kept their playoff hopes alive with a comfortable 6-wicket win against the Dambulla Giants in Match 18 of the Lanka Premier League.

The Warriors, who had won just 1 of their 6 games this season, before this one put in a professional performance with both bat and ball, ensuring that they go into the final day of the league stage with a chance of making it through to the playoffs.

Coming into the game, the Warriors would have known that a major part of their success would depend on getting early wickets, particularly that of Phil Salt. Binura Fernando did just that, picking up Salt in the 2nd over of the game and it was all downhill from there for the Giants.

A 49-run partnership between Sachitha Jayathilake and Ramesh Mendis saw them past 100, but the total was never going to be enough, unless the Giants’ bowlers produced something special.

Nimesh Vimukthi, Binura Fernando and Al Amin Hossein were all impressive with the ball for the Warriors, picking up 7 wickets between them.

Kandy lost Charith Asalanka early in the chase but the plan was clearly to take the game deep and a composed 59* from Ravi Bopara saw them through in the end.