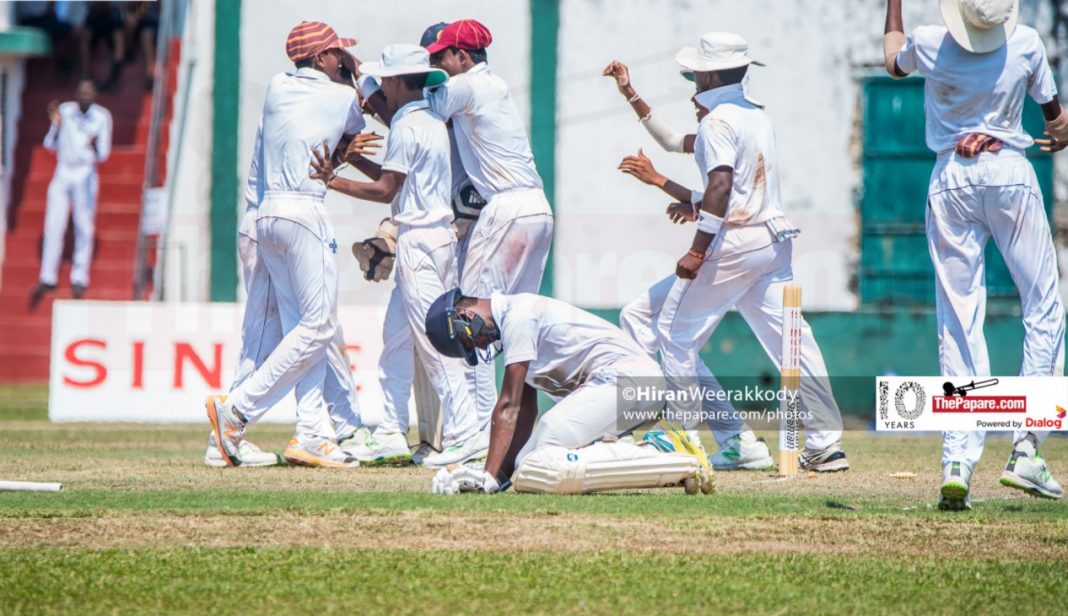 The Battle of the Golds between Sri Sumangala College, Panadura and Moratu Maha Vidyalaya, Moratuwa was commenced today (6th March) at the De Soysa International Cricket Stadium, Moratuwa as the two old rivals clashed for the 68th time.

Moratu Maha Vidyalaya skipper Madushan Dilakshana won the toss and invited Anuka Jayasinghe to bat first and Sri Sumangala College piled on 221 for the loss of 9 wickets before declaring their innings.

Prabath Jayasekara top-scored for the Sumangalians with a timely 89, taking his team’s score past 200 while the highest scorer for Sri Sumangala College in this season, Imeth Gampala missed on a well-deserved half-century by just 1 run.

Moratu Vidayala’s main trump with the ball, left-arm spinner Eran Hansamal proved to be successful yet again as he picked up 4 wickets.

In reply, Moratu Maha Vidyalaya concluded the day on 114/4 after 32 overs with their skipper Dilakshana mustering a 46 to his name. They currently trail by 107 runs with 6 wickets in hand.

The battle of the Golds’ head to head tally currently remains at 8 to 7 in favor of Sri Lanka College while 52 editions ending as draws.

Last time Sri Sumangala College won the trophy back in 2007 under the leadership of Iresh Pushpakumara and Anuruddhaka Kalhara led Moratu Maha Vidyalaya secured it in 2010 for the last time.