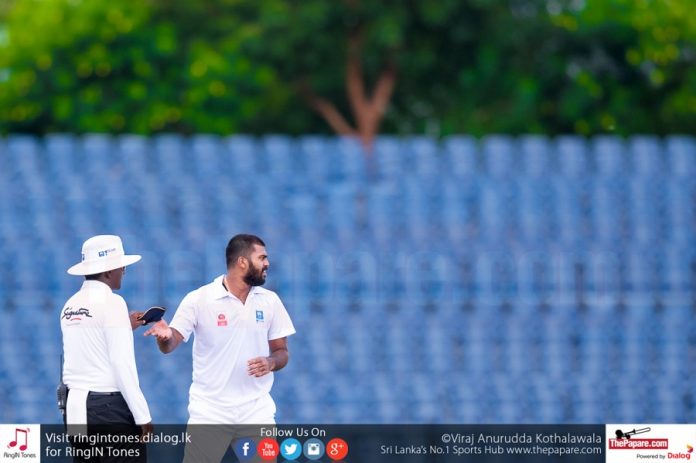 Lahiru Kumara has been recalled to the national team for Sri Lanka’s tour of New Zealand which is set to commence on the 15th of December, after missing out on the series against England on disciplinary grounds.

Lahiru Thirimanne, Sadeera Samarawickrama and Nuwan Pradeep have also come back into the 17-man squad after been out of the national Test set-up for a while.

Thirimanne and Samarawickrama last played Tests for Sri Lanka against India last year, while the latter also impressed in the recently concluded ODIs against England. The pair will strengthen Sri Lanka’s inconsistent batting line-up, with Samarawickrama also vying for a position in the line-up as wicket-keeper.

Pradeep on the other hand was to be considered only for limited overs cricket after suffering from a number of injuries over the years but with conditions favouring fast bowlers in New Zealand, the new National Selection Committee headed by Ashantha De Mel have opted for his experience ahead of the likes of Lahiru Gamage.

Regular skipper Dinesh Chandimal has been declared fit after suffering a groin strain during the 1st Test against England in Galle. Dimuth Karunaratne, will function as his deputy in New Zealand, taking over the vice-captaincy from fast bowler Suranga Lakmal.

Of those who were in the Test set-up against England, out of sorts opening batsman Kaushal Silva and spinners Akila Dananjaya and Malinda Pushpakumara have been left out.