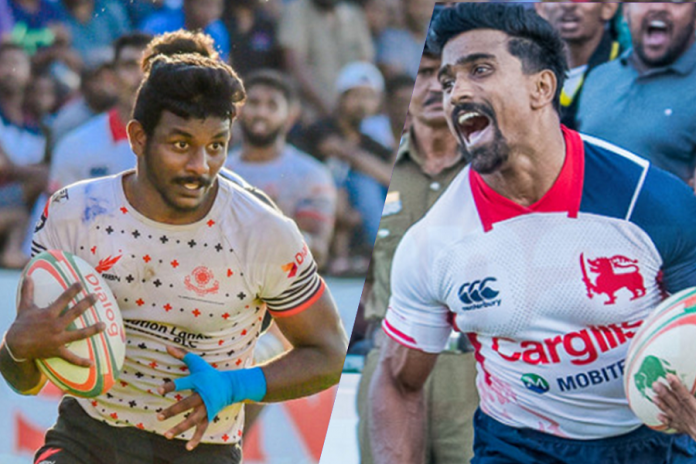 Sri Lanka and it’s rugby over the last two and a half decades have built a bruising rivalry, based largely on geographic battle lines. Fueled by socio-economics in search of excellence and a tribalism which has more or less shaped and then defined how the sport is viewed in the island nation. It is a grudge battle. There is no two ways about it.


It would be fair to say that Kandy, who ironically have only one major club to boast of, have manhandled and beaten on seven others based in Colombo– the countries commercial capital. A staggering and enviable record where Nittawela plays home in the form of a hostile fortress.
It is Impregnable, well– almost.

Its statistical dominance is such, that almost everyone except those who believe in anything lesser than Kandy’s dominance– rejoice and cheer as if it was a defeat. Any dip in form or going close against a visiting club is hailed as a victory.

The recent run of events where Army SC stunned the reigning champions and hot pot on their home turf, saw such reactions and a combined flood of anti-Kandy sentiment storm social media and the internet. The jibes and pot shots were a plenty. Some, were way below the belt. Knee high or lower, call it how you see fit.

Sri Lanka and Sri Lankan sporting banter being exactly that, took it as far as they could with the keyboard warriors and online ruggerites (a plenty), dishing out the shoulder charges and late shots.

Planned failure and failure to plan

Our colts, the stallions in waiting

Yes, it was brutal but in a strange sort of way, exactly what an ailing and predictable club premiership-competition needed. Given the whole “foreign” player debacle was largely, a non-event. A bit of drama and a spanner in the works to spark fan engagement back to life. Albeit on the internet. Do feel free to be curious and join on in the fireworks.

Another game over this season gone by was when Havelocks hosted CR & FC, under lights at Havelock park. One thing which really caught my eye was the background colour. It was Pink.

Why? Because of all the empty seating at the Park where only a handful of paying spectators had congregated under the main stand. It said “I can do all things through christ that strengthens me”. They, as in the spectators upon close inspection were largely family and friends of those playing and a few die hard club fans. 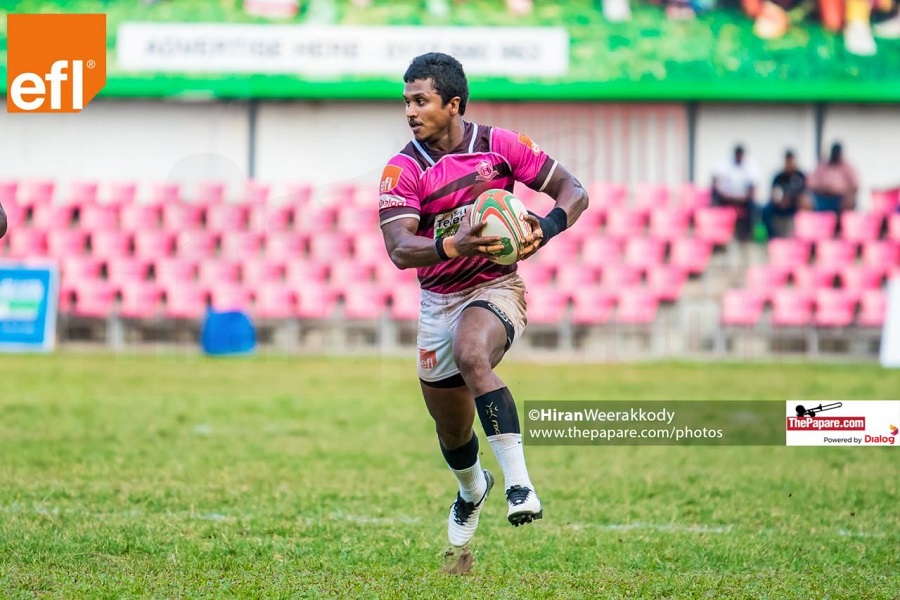 To summarize– a terrible turnout for a weekend, premier grade– feature game. A traditional rivalry which has dominated local club rugby from the very outset. Going back decades.

I bet there were more online viewers who were twenty-fold than what clicked through the turnstiles. An alarming on field drift which has now peaked in its regression.

Something has to change. This level of low ball attendance means that clubs are at a dead loss for revenue generation and club rugby, a joke where it has turned into a side attraction over the weekend– apart from when Kandy play at Nittawela. The whole township and her suburbs turn up in droves.

Well, simply put– fan engagement. There is no real reason other than boredom or something to kill time, where fans will go out of their way to turn up at a venue to watch a game. The local game has not kept up with the play and the world around has changed at a rapid pace. Just playing a game of rugby is not good enough, not anymore– for your everyday joe to pay the gate and make their way to the game.

I will leave it at that and move on to my suggestion which might be a start to spark something to get back this missing fan engagement.

It is no secret that Kandy, who have a star studded pool of players have a legion of soldiers from both major rugby provinces. It is the professional league and players will go where they make most coin. That is completely understandable.

No one lives off handouts or charity.

They (Kandy) in their talent scouting program, cast a net far and wide. If there is a player to be bought for his skills and abilities, every effort is made to get him on their books. So they should. It is the big boys’ territory and given that there is no salary cap, it is every club for themselves.

You have to admire the tenacity and effectiveness Kandy have shown over the years. They are the industry leaders and it’s understandable why they are envied. As a pattern, they scout and develop players who aren’t always the best at schoolboy level but instead, focus on a high performance culture where they fulfill some of that potential.

That being as it may, I am not going to debate the good or bad of a particular player recruitment methodology. Instead, let’s jump straight to my proposed PLACE OF ORIGIN double header. One game to be played in Colombo and one game played at Nittawela. This can be done AFTER the season proper and Clifford cup.

It’s a simple method. SLR creates two representative teams. Western province and Central province. I suppose calling them Colombo and Kandy will serve more of an attraction and fan engagement. So, let’s go with Colombo Vs. Kandy. This will be the next level up from club level and a tier below from Sri Lanka.

Player selection will be based on place of birth and where they hail from. So, for example there a number of players born and bred in Kandy, playing their rugby for Colombo clubs and vice versa.

Also, a number of players born and bred from Colombo playing for Kandy. Dinuk Amarasinghe of SACK now playing for Havelocks and gun goal kicker, Samuel Maduwantha playing for CH&FC.

By rearranging the battle lines and draft of players, we then get to see some of the best combinations in the country we would otherwise, not see. Furthermore, we will see clubmate going up against club mate. Creating for a truly competitive environment which will serve as the perfect trial to find out who the best XV in the country truly are. Essentially, doing the job for the selectors and putting it out there for fans to see and authenticate.

For example, Janindu Dilshan (ex Royal and now CR) will pair up with D Ranjan (ex SPC and now Kandy). Two games, 160 minutes of footy is a suitable gauge of run on form to sort out who has bragging rights once and for all.

This is not trying to reinvent the wheel but an exact model of what the National Rugby League (NRL) created in Australia. Where the state teams of Queensland play New South Wales, a concept which has propelled the league to incredible heights. Most importantly, it will bring back the fans, through the turnstiles and is surely worth the punt. All sponsors and viewers will get full value for money.

In my view, this is a no brainer and simple solution to ride the wave of a long standing rivalry to totally engage fans. Whether or not SLR will adopt this and use as a platform to re engage the national level is up to them. All I am suggesting is that for the sake of the game and its sustainability at club level, something dramatic needs to be done.

Doing the same thing in the hope of getting a different result is the definition of insanity. So, by changing what and how you are doing things, you can change the end result. Be a bit adventurous. Do I need to say anything more?

P.S: Anyone born outside of the “region”, proximity is the key. You know your geography– so, if any player was born in Galle, well it is closer to Colombo than Kandy. Short answer.

Photos: Thurstan College vs Isipathana College | 56th Battle of the...