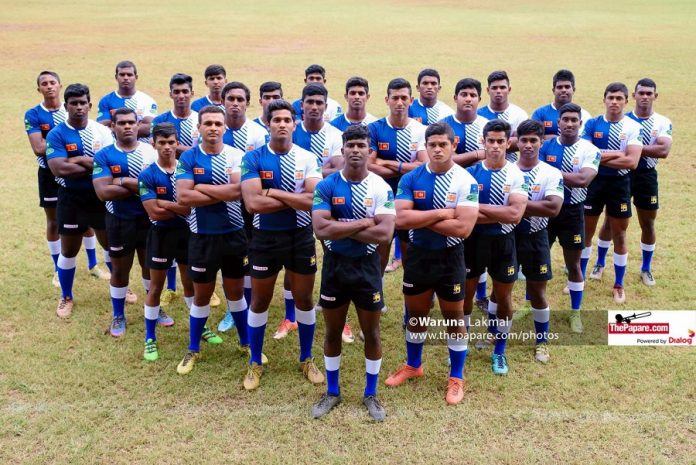 They are Sri Lanka’s most formidable and competitive age grade across almost any sport. A twenty-six-member touring party, chosen– for what will be a very challenging assignment. Three games in nine days. Challenging is an understatement. The SL U19 or Colts team, better known as “Junior Tuskers” have a true test on their hands.

Post 1st XV–season proper and after the Milo Knockouts, an elongated break followed by a dual selection trial saw a 35 member squad named and now trimmed to 27. Champion coach Dushantha Lewke, who guided Royal College to an undefeated league title has been tasked to do the same, albeit with the SL colts level. That “same”, being winning and doing it unbeaten at the junior Asiad.

The selectors have named a tour party which on paper have plenty of merit. It is not the best available due to a number of injuries to several key players, playmakers of their respective schools. That said, there are a few glaring omissions who would consider themselves unlucky. On that same note, there are quite a few, well deserved picks who have been rewarded for their rich vein of form and commitment.

Fact of the matter is, you can’t have everyone in your selections but selecting for a tour such as this, is all about who your opposition is and what your tactics are. Selections and coaching tactics in relation to your opposition MUST all be streamlined. That goes without saying but for the benefit of some, let me state the obvious.

Whether the selectors have entirely understood this streamlining is yet to be seen. Moreover, have they looked deeper into what lies ahead this December and possibly, beyond?

So… what are some things we now know, need to know and expect at the Junior Asiad based on this tour party?

An absolute positive here is the naming of six, very capable and skillful front rowers. Furthermore, they have true physicality and lateral mobility. This is one area the selectors have got it bang on.

Given the nature of opposition and frequency they will be playing, most games will be won upfront with the tight five. Front runners Hong Kong who are coming off a potent form line, that being their own U19 premiership, have no shortage of size and match fitness (run on form). It’s the same with hosts Taipei and Korea, who have used some of their age grade reps in both senior sides. Taipei, have been in prep mode for the last 16 weeks.

Namely, for Sri Lanka– Julian Charles, Rashmika Chandrarathne and Himantha Hirushan will be pivotal in both carrying the ball and defending against bigger units. Moreover, Hirushan– who will play a key role can double up as a back row forward allowing for coach Lewke to carry more front rowers in his match day 23. Allowing for him to manage his subs more effectively up front.

Tactics and the usage of these big men will have a telling effect and define where this team ends on the podium. Expect a bruising battle up front and some big collisions from these men.

Royal college have 8 players selected. Almost all, a cut above in the schools circuit for their positions. Coach Lewke has further asserted his need to rely on tried and tested combinations in the form of set pieces. This is fully justifiable given his and Royal’s tactical dominance over all comers– consistently.

It is no secret that Royal’s line out and driving maul has been a pillar of their success (over the years). It all starts with a good throw to a lineout and a secure jump. Picking hooker Fareed and line out ace Adahan, ticks that box as first choices. Adahan whose strike rate of clean ball on his own jump will be a foundation of this team’s attack patterns.

In the backs, two superstars Janindu Dilshan and Gemunu Chetiya– JD and GC. Simply put, I am predicting that given front foot ball, these two will be a true revelation in tandem at this tournament. Looking at who they are playing, they have too much gas and skill to burn. None of that of course will mean anything unless they get top class possession. Making the first, key, critical line out combination being paramount.

There is no shortage in this department. Almost every single back and a few forwards, can shift through gears in a blink of an eye. The back division is eye catching for this very thought.

Jason K., alias “Antman” who is probably the smallest player at this comp makes up for what he lacks in size with speed and agility. He’s joined in with clutch-sprinters from left to right with Vishwa Ranaraja showing the most ominous in-season form as well as backing up on trials.

It is almost like a derby line up over the mile at Sha-tin race course and it would be interesting to see a foot race amongst the backs over 80 meters. Who would your top pick be?

As with anything sport related and its selections, not everyone who deserves to be there ever gets picked. This team is no exception. A number of close calls and omissions have certainly raised some eyebrows.

Maliyadeva, who were a true bolter and revelation this season had three selected in the wider training pool. Only one of them made the final cut. The single “biggest” surprise is Lahiru Daulagala– one of the bigger more skillful tradesman. A breakthrough player in season 2018.

Thomian skipper Christian De Lile another who wasn’t selected and probably lacked enough trial form. Currently slotting in with the Havelocks premier side.

A number of selections for this tour have been made on outright experience. Exposed form. The tried and tested. That meant, some who didn’t trial were picked regardless on their form. That’s probably the best way forward but it would only make a stronger case for (this unlucky few) those who tried but missed out.

So, question then– are we picking on exposed form or run on/trial form? .. and what is the legitimate criteria and succession planning (if such a thing exists) to performance manage this age grade.

In Sri Lankan sports and life in general, a good majority of folks think that success is something you pick off a tree which grew overnight by accident. Let me tell you that isn’t the case. Never was, never is and never will be.

I can’t help but feel that for all the passion and competitiveness we witness in the schools rugby season as individual schools, it hasn’t been transferred to this team. That’s not the fans or supporters but the powers that be who administer schools rugby and the game at large. The planning, execution of selection and preparation has been extremely poor.

The yawning gap between when the schools season ended, when the selection games occurred, the delay in naming a final squad with a number of (behind the scenes) difficulties in establishing the basics of training have hampered this campaign– even before it has begun. That’s not to say that this team can’t and won’t win — they very well may, if that does happen then all credit to the players and coaches who will manage their talent and skills on the day.

Compare the above with the other nations who will compete and there is a huge difference in planning and preparation. Without going into too much detail, the powers that be need to start walking the talk. I will save that big picture discussion for another day.

All that aside, without a shred of a doubt the expectations will be massive on this team and coach. They will carry the entire weight of a nation’s competition who hinge their expectations on their own individual school they support with tribalistic orientation.

Question then… can they deliver?

My predictor suggests a 33% chance to beat all three opponents and go all the way. It would be an exceptional feat. Exceptional.

In my pre-trial predictions there he was. Tharindu Hettiarachchi. The lone wolf picked from an outstanding and resurgent school in Vidyartha. There was a great sense of inevitability and I am glad that his selection was duly done.

Fully deserving where he has great speed and performed tremendously in season and at the trials. This will galvanize Vidyartha and on late season, sevens form at both U20 and U18, they will be one to watch over 2019-20.

Ishara Herath from Maliyadeva who looked to be the first choice, unfortunately had to miss the tour due to an injury to his wrists. In the meantime, Tharindu Hettiarachchi looks to be the first choice, first five. Again on the back of outstanding in season form and a trial display he was easily the top pick in the most pivotal of positions.  He will have a bright future in the club premier grade as will most of this 27 should they choose to continue and will be furthered–if– the powers that be create more opportunity for them. Currently, there isn’t.

Given their skill and talent, this team has every chance of making every game a winning one. There is a lot to look forward to. Let’s focus on this tournament for now and park those expectations of “beyond” for later.

I would like to think that all of this squad will eventually make it to the next level (club premier grade). Some have already but most of them won’t. Not that they can’t but there simply isn’t enough of a platform. Perhaps winning this competition may alter that? … from both players and managerial perspective.

In short, more than ever, this may very well end up being a rugby defining campaign for Sri Lanka and its future– just like 2013.