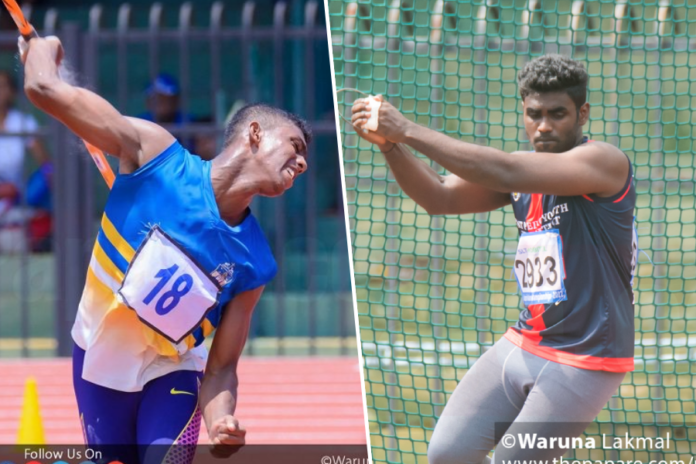 Day three of the Junior National Athletics Championship 2022 was worked out today (9th June) at the Sugathadasa Stadium in Colombo and it was the throwers’ turn to take the center stage today as three throwing Meet Records were renewed.

In the field, 16 finals under different age categories were completed today while preliminary rounds in 100m and 400m were also finalized.

St Peter’s Athlete Rumesh Tharanga managed another 69m throw in the U20 Javelin to add to his stellar season this year. His 69.3m throw in the Championship is registered as a New Meet record and also just 0.63m behind his personal best which is also the Sri Lankan Junior Record. Dinesh Dilshan of St Mary’s College Chillaw gave tough competition to Tharanga with a throw of 64.95m which is also a better performance than the previous meet record but wasn’t enough to grab the top spot. (Previous Meet Record– Sachith Maduranga – 64.63m – 2009)

Rumesh Tharanga has also qualified for the 2022 World Athletics Junior Championship which will be held from 2nd to 7th August 2022 at the Estadio Olímpico Pascual Guerrero in Cali, Colombia.

Another Junior Record holder, Nihinsa Mandini of Matara Yatiyana MV secured the Junior National Championship record too under her belt with a hurl of 37.47m in U20 Hammer Throw. In the last Junior trials in March 2022, Mandini managed to produce a distance of 39.57m to renew the National Junior record in Diyagama. (Previous Meet Record– Sewmini Sasikala – 30.34m – 2019)

Meanwhile, the Men’s Pole Vault top performer in 2022, Arunthavarasa Puvitharan who  jumped 5.10m this season, made another impressive leap of 5m to break the U23 Pole Vault Meet Record in Junior National Championship. This is the 4th time he has achieved the 5m barrier. (Previous Meet Record– Nadeesha Ramanayake – 2.09.26min – 2016)

Tomorrow (10th June) will be the last day of the competition and the most awaited 100m and 400m finals are scheduled in addition to few field event finals including Triple Jump and High Jump. 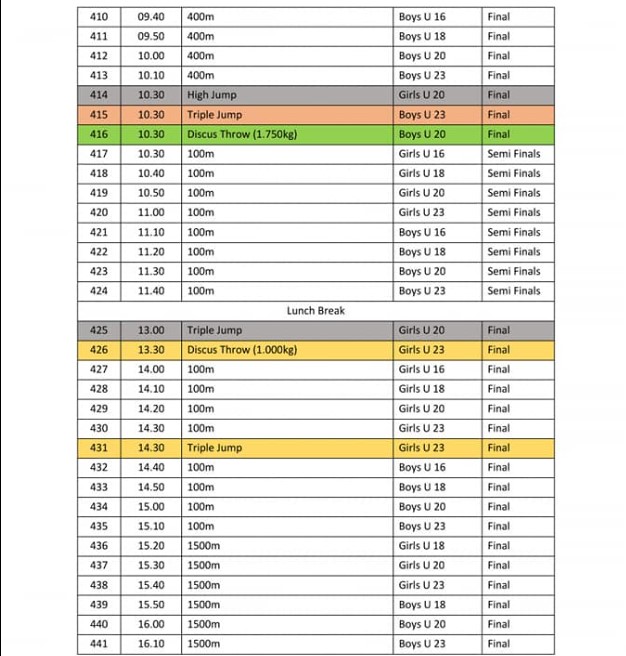