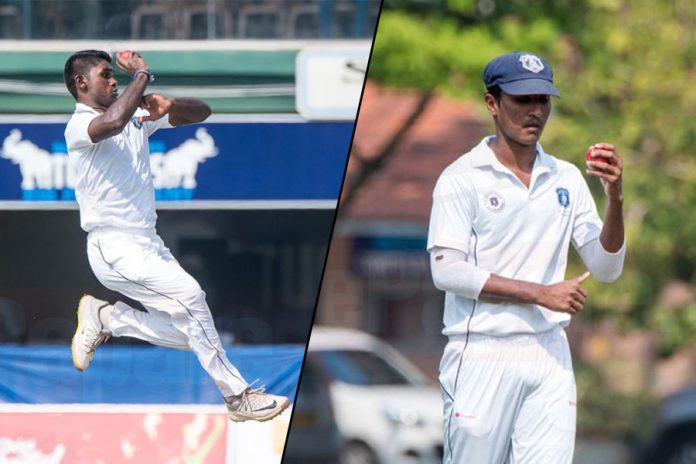 The second semi-final of the Singer Schools U19 Division 1 Tournament began at the St. Peter’s College ground in Bambalapitiya today(7), when the high riding St. Jospeh’s College outfit took on Mahanama College.

If you have been following schools cricket or youth ODI cricket…

A wet pitch meant lunch was taken before the start of play and the Josephian skipper Jehan Daniel won the toss and elected to field first on a damp pitch. He himself did the early damage using the conditions to great affect to make early inroads into the Mahanama batting.

Pawantha Wickramasinghe provided some much needed resistance in tough conditions for Mahanama making a valuable 39 to help his team recover to 110/4, but two late strikes from the boys from Darley Road swung the pendulum in their favour.

When play was eventually called off for bad light and rain, Mahanama was precariously placed at 126/6 with the Josephians ahead on bonus points. Mahanama have 1.26 bonus points in the game so far, while the Josephians have 1.50 points for the six wickets on the opening day.

The experienced players came in handy for the Josephians with skipper Daniel(3/38) and vice captain Nipun Sumanasinghe(2/10) being the chief destroyers as they shared five wickets among them.

Trinity have already booked their place in the final after they beat Prince Of Wales in a thriller of a game on bonus points a few days back.