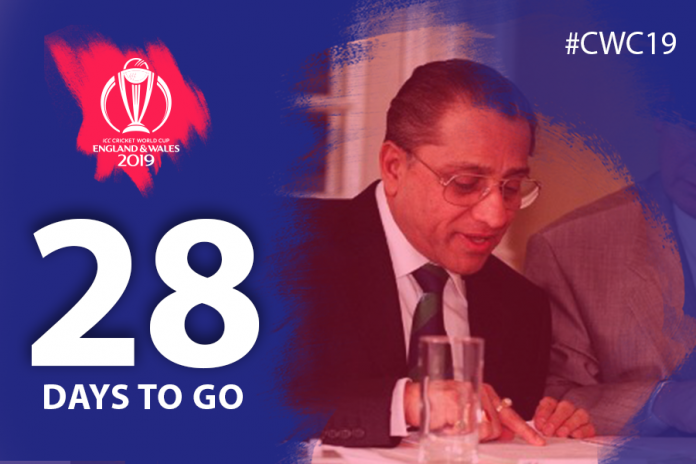 Business tycoon Jagmohan Dalmiya has fought many a battle and come out on top. The man who controlled the Bengal Cricket Association for decades, first entered the Board of Control for Cricket in India in 1979 and four years later became the Treasurer of the BCCI. He would go onto become the powerful Secretary of the BCCI and then the President of International Cricket Council, the first Asian to get the post. It was after becoming President of ICC that he became the President of BCCI. During his tenures both at ICC and BCCI, he was instrumental in bringing much needed changes.

To start with, Dalmiya played a pivotal role in Australia and England conceding veto power at ICC meetings. Sri Lanka had suffered due to this hugely with either Australia or England vetoing their bid for Test status on numerous occasions. Both the founding members of the ICC lost the veto power in 1993 largely thanks to Dalmiya.

Then he went about changing the finances of cricket making Indian cricket a valuable brand. In 1980s, India used to pay government owned television channel Dooradarshan for telecasting Indian cricket. Dalmiya then won a court case and took Indian television rights to the market. The rest as they say is history. It was during his tenure as President of ICC that cricket’s headquarters shifted. The game’s governing body moved from Lord’s to the current location in Dubai under Dalmiya’s purview.

When the 1996 World Cup was held, Dalmiya was the head of the organizing arm known as PILCOM – Pakistan, India, and Lanka Committee. The PILCOM was faced with several challenges after the Central Bank bombing in January 1996, a fortnight before the World Cup.

Australia and West Indies were supposed to play their World Cup games in Colombo and both nations indicated that they were pulling out of the games. They demanded that the Sri Lankan games be shifted either to Pakistan or India and if not to award them the points from the Sri Lankan game. Dalmiya went about things meticulously to ensure fair play.

The Sri Lankan government was quick to issue a statement stating that teams visiting the island for the World Cup will be afforded the same security that is given to the Heads of the State. Still, Australia and West Indies would not change their stance.

Dalmiya then decided to send down a joint India – Pakistan team to Colombo to play a friendly game to prove that security in the island was not an issue. But he had to encounter a few problems. India and Pakistan – both nuclear armed neighbours – it was unimaginable for the Indian captain to play under the Pakistani skipper or vice-versa. The fans would simply not accept that.

So Dalmiya called up Inthikab Alam, the former Pakistan captain and told him to be the Manager of this team. ‘This is a team of superstars and managing them is the most important thing.’ Now that the position of Manager had gone to Pakistan, it was only fair that the captaincy remained with India. Dalmiya then told Alam to convince Wasim Akram to play under Mohammad Azharuddin. That was done.

Then there was another issue. WILLS the tournament sponsors had a clause that there should be no international cricket played one month prior to the tournament so that they could gain the maximum mileage possible. The match would contravene certain clauses of the agreement between WILLS and PILCOM.

Dalmiya then called up the sponsors and said, ‘Listen, you are never going to get another chance where the Indian team and Pakistan team will play together. In fact, you should pay me more for this.’ He went onto name the visiting team WILLS XI.

The game went on without any issues. Dalmiya then called up West Indies and Australia for a meeting and told them in no uncertain terms that their security fears on Sri Lanka were unacceptable. Both teams didn’t change their stance. Dalmiya then awarded  the points to Sri Lanka. Such straight talking men are few these days. He was indeed a remarkable man.