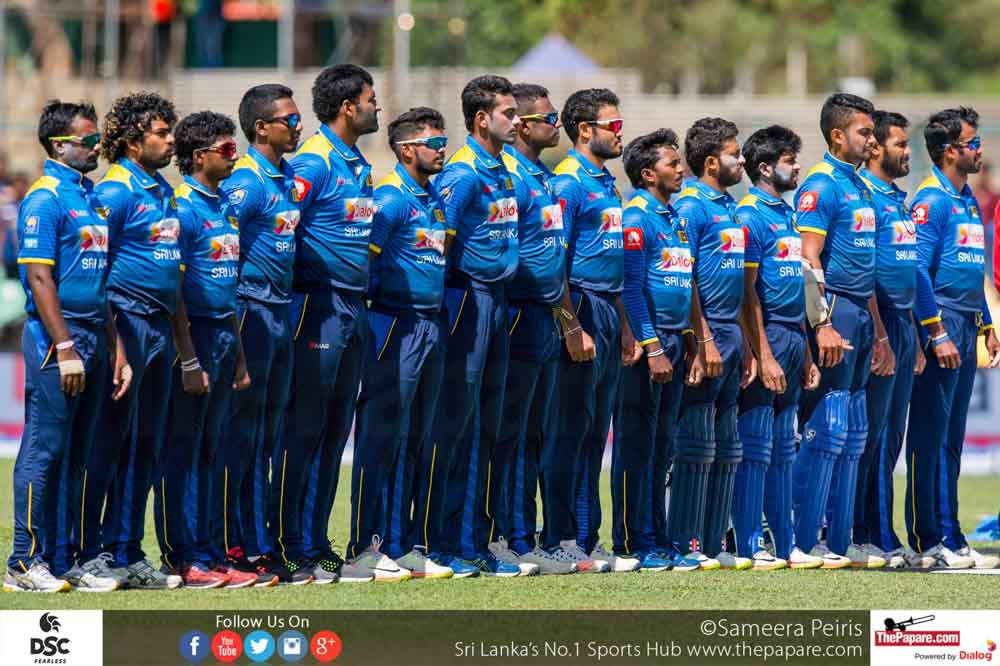 I am a proud citizen of Sri Lanka and love my country dearly. I am an avid fan of cricket having played the game at the highest level for my school, Royal College, and at the Premier club level for the SSC, in the company of yesteryear stalwarts, the Wettimuny brothers, Sidath and Sunil and Duleep Mendis to name a few. I may have missed out on an opportunity to represent the country at national level but no regrets.

I have been following the performance of our national team since the early 70’s, when I started playing cricket for Royal at the Junior level, especially since the first World Cup in 1975. I have also been attentively following how the other teams of the ICC have evolved over the years, their ups and downs and most importantly their current status quo.

I would like to emphasize that the contents of this article are by no means to find fault with anyone. It is purely with the view to show my concern for a serious situation, which is brewing for our cricket and unless cohesive remedial action is not taken, could lead to a tragic debacle engulfing our cricket, and it would not be possible to positively reverse the situation, at any cost later on.

The rapid decline of our cricket is somewhat difficult to comprehend. What is this grave crisis facing our cricket and why is it so relevant during this period of time? Let me elaborate. It is an undeniable fact that this stem started to show and the cracks started to appear, during our tour of South Africa, where we faced a severe thrashing. We returned home and were convincingly beaten by lowly Zimbabwe 3-2 and that too in a home ODI series. We must not forget the fact that, we had an earlier series win against Zimbabwe, as an away series just a few months ago.

Not so long ago, in a home series of 3 Test matches, we overcame the mighty Aussies with a resounding series win of 3-0. We achieved this feat with more or less the same team, which is now facing an uphill task of re-grouping themselves, to be on the path of success. If we draw a quick parallel with the 1996 World Cup winning team, that team too was inexperienced, though not young.

The 1996 team had a few positives, which were used to great advantage:

I consider our team as a ship without a captain, more dangerously, drifting in mid sea without an aim or a direction. We have heard of a foreigner being employed as ‘Performance Enhancing Manager’. I would like to find out the exact role played by this Manager and more importantly what he was doing when our team’s performance was dipping and whether he did not see any telltale signs of this deterioration?

Graham Ford’s premature exit as the Head Coach should have been an eye opener. Nick Pothas, his deputy now functions as the Coach, but in my opinion with due respect to Nick, he has not got the credentials to take over the post of Head Coach.

What needs to be done? In my opinion, appoint an experienced person with well acknowledged credentials to steer our ship. Whom would I have in mind and what would be my justification?

Mahela Jayawardena, in my opinion, would be adequately equipped to carry out the role played by Dav Whatmore for the 1996 team.

In this context, I would like to highlight some of the salient credentials of Mahela, for the post of Head Coach at SLC;

I firmly believe that our cricket would be in a position to lift itself to its past glory, if the suggested measures are taken immediately. That would ensure that our cricket is not permanently relegated in the ICC ODI rankings as a non-playing country at the next edition of the World Cup in 2019. We are presently lying along with countries such as the Windies and Zimbabwe, in the 8th position in the ICC ODI rankings.

The mighty Indians are with us. They have already had a clean sweep in the Test series. The ODIs thus far have been no better. As a concerned person, I would like to humbly urge the authorities to take remedial action immediately, before the end of the ongoing series.

Mahela should be spoken toArjuna immediately, without any further delay. If he is reluctant, someone should convince him to accept, since Mahela is known to be a team person and a person who would be keen in giving some positives back to the game, which has made him the legend, he is.