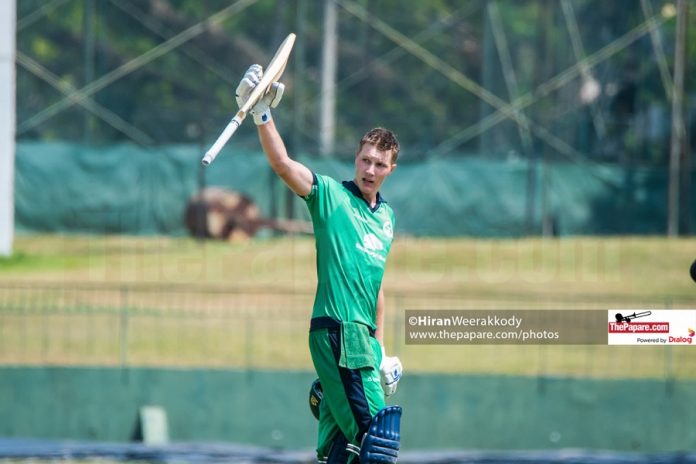 Ireland have named the uncapped duo of David Delany and Harry Tector in their 15-man squad for their upcoming T20I tri-series against Scotland and Netherlands.

Delany, a pace bowler, and Tector, an off-spinning all-rounder, have both featured regularly for the Ireland second-string side, Ireland Wolves. Tector, who is just 19, has captained them in recent outings.

Andrew White, the chair of national men’s selectors, said that there were several difficult decisions made in whittling a 25-man training squad down to just 15.

“There were a number of players really unfortunate to miss out on this squad, which goes to show the quality and depth of players we are developing in this format of the game in Ireland,” said White. It’s certainly a talented and dynamic team, and one which provides Gary Wilson [Ireland T20I captain] with plenty of options as he heads into an important few weeks.

“It is also a squad that contains a stronger fielding unit than we’ve potentially had in the past. You have a lot of three-dimensional cricketers in there, which is important in the modern game. We have just completed a five-day training camp which brought together 25 of the best players playing in Ireland in this format and was very beneficial and served to solidify the selectors thinking.”

The series begins at Malahide on September 15th.