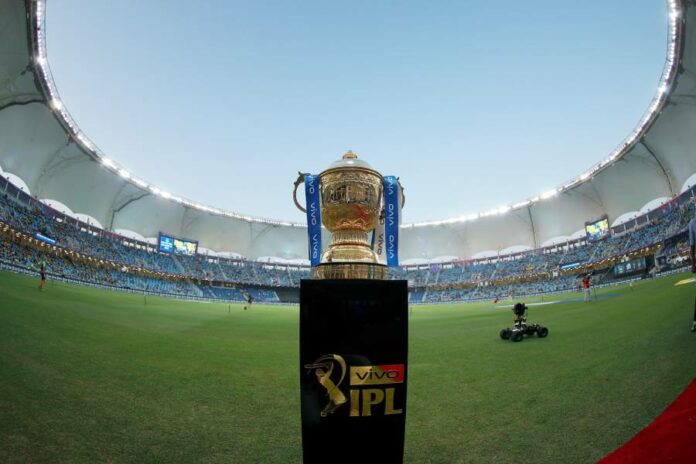 The eight franchise teams of Indian Premier League (IPL) have released their list of retained players ahead of mega IPL auction.

The window for the franchises to retain players for the VIVO Indian Premier League 2022 season closed on 30th November 2021.

With a total salary cap of INR 90 crore available at the mega auction for each team, the eight franchises were eligible to retain up to 4 players with a maximum of 3 Indians, 2 overseas players and 2 uncapped Indians.

Each of the eight franchises used the Player Retention option with Chennai Super Kings (CSK), Delhi Capitals (DC), Kolkata Knight Riders (KKR) and Mumbai Indians (MI) opting to retain 4 players each. Rajasthan Royals (RR), Royal Challengers Bangalore (RCB) and Sunrisers Hyderabad (SRH) have retained 3 players each while Punjab Kings (PBKS) have retained 2. The PBKS thus have the highest salary purse available with INR 72 crore while Delhi Capitals have least at INR 47.50 to be used at the mega auction.

Of the 27 retained players, 8 are overseas and 4 are uncapped Indians.

A detailed breakup of the players retained, total amount spent, retention deduction and the purse available is provided below. 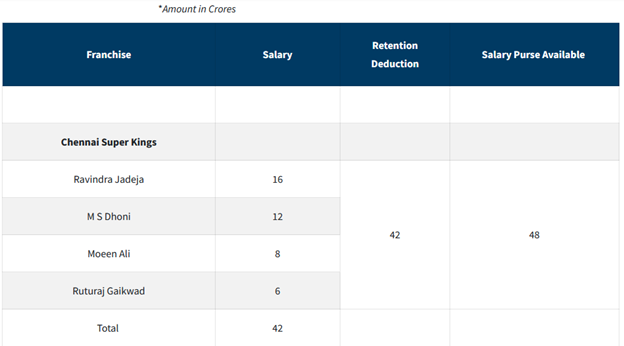