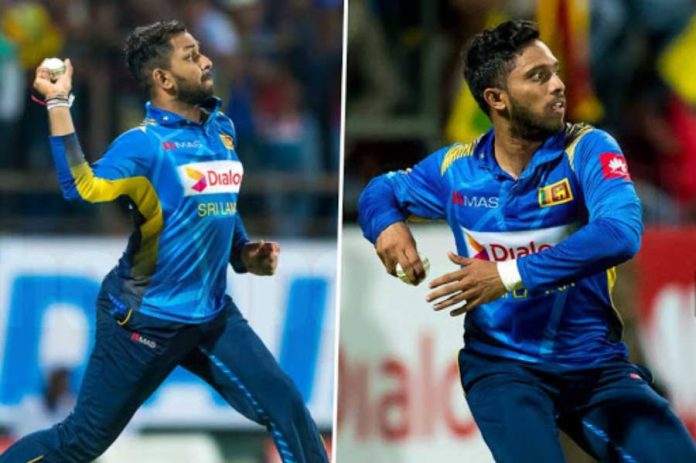 Sri Lanka will have a couple of injury concerns ahead of the third and final T20I match against New Zealand which will be played on Friday in Pallekelle.

Both Kusal Mendis and Shehan Jayasuriya are unlikely to feature in the dead-rubber after they collided and suffered leg injuries, while fielding in the second T20I on Tuesday night, which the hosts lost by 4 wickets.

Mendis and Jayasuriya were fielding near the boundary line on the leg-side, when both of them ran in for a catch to dismiss Mitchell Santner, who scored a six and a four to win the game for the Kiwis.

“Mendis’ and Jayasuriya’s participation in the 3rd game is unlikely owing to injuries, which occurred following a collision between the two players while fielding.” Team Manager Mr. Asantha De Mel said through a communique sent by SLC.

Mendis has suffered an injury to his right knee, while Jayasuriya has sustained an injury above the knee on his right leg. De Mel also said that there will be no replacements to the squad for the injured players.

The visitors, New Zealand will also have injury problems ahead of the game with opening batsman Martin Guptill, returning home after sustaining a right abdomen strain while fielding in the 2nd T20I. Opening batsman Hamish Rutherford has been called up as cover.

New Zealand has already bagged the series, 2-0 with two final-over finishes as Sri Lanka failed to defend 173 and 161 respectively.