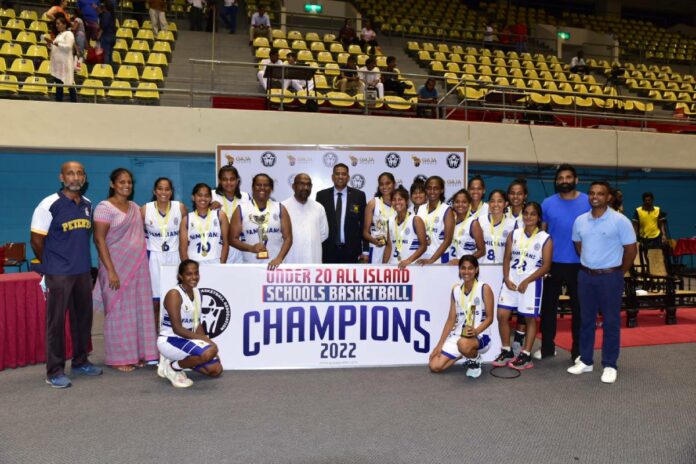 The grand finale of ‘A’ division girls’ championship tipped off yesterday at the Sugathadasa Indoor Stadium. Defending champions Holy Family Convent clinched the win by 31 points as the final score line stood at 70 – 39.

Onella Dunuwilla and Kissalie Jayapala started the score sheet for H.F.C. and Mahamaya respectively. The offensive plays of Mahamaya College made an impact on the Familians’ mindset as they were lacking points for the first few minutes of the game. Even though the Familians pressured their opponents through their half court, man-to-man defense, Mahamaya girls found their way into the basket. The first quarter ended with a 2-point lead in favor of H.F.C at 16 to 14.

>> HFC and Mahamaya through to Girls’ U20 Finals

Coming into the second half of the game, the combination between the duo Onella Dunuwille and Minoli Direrze played out well for H.F.C. The size advantage of Familians was indeed a challenge for Mahamaya Girls. Even though the Mahamaya girls tightened the defense, Holy Family Convent’s consistent momentum got them closer and closer to the title.

With a lead of 27 coming into the final quarter, the game was all but done in favou of the defending champions and though things were tight 13-9, they took away the win comfortably in the end.

“We should give the credit to Mahamaya girls for putting up a good fight. Even though it was a bit tough in the first half of the game, our girls came with a clear mentality to give their best in the remaining half, we found their strategy and acted upon it and we put our practice into the game, that is what led us to victory.”