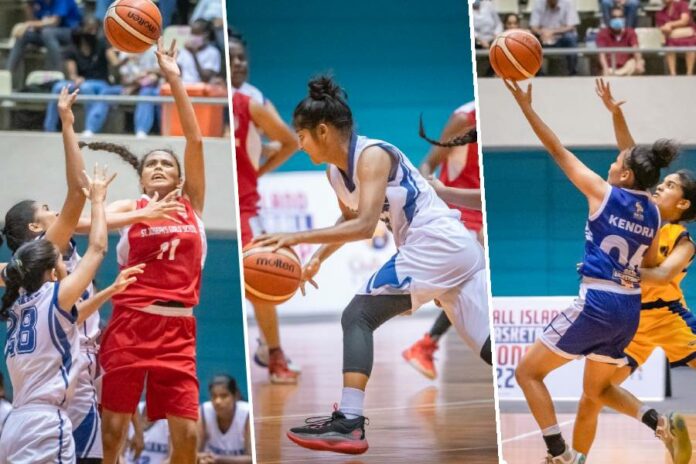 The semi-finals of the Girls’ Under 20 Schools’ Basketball Championship were played yesterday (8th May) at the Sugathadasa Indoor Stadium, Colombo. Holy Family Convent, Bambalapitiya and Mahamaya Girls’ College won their respective semis.

The first semi-final was played between Holy Family Convent (HFC) and St. Joseph’s Girls School (SJGS). The Familians downed their opposition comfortably, by a margin of 54 points, the final score line reading 85 – 31.

The game was close in the early minutes, but the Familians soon pulled away thanks to making the maximum use of the errors from SJGS. Maleka from SJGS tried hard for her team throughout the game but couldn’t carry them to victory.

The 4th quarter ended with a buzzer beater from Mahamaya which led to extra time; a period of five minutes. Although the defensive strategy from Good Shepherd Convent was on point, they seemed to lack the confidence to execute their offensive strategies.

The consolation final and Final have been postponed due to the prevailing situation in the country.

Keep it logged on to ThePapare.com for more news on the U20 Schools Basketball Championship 2022.