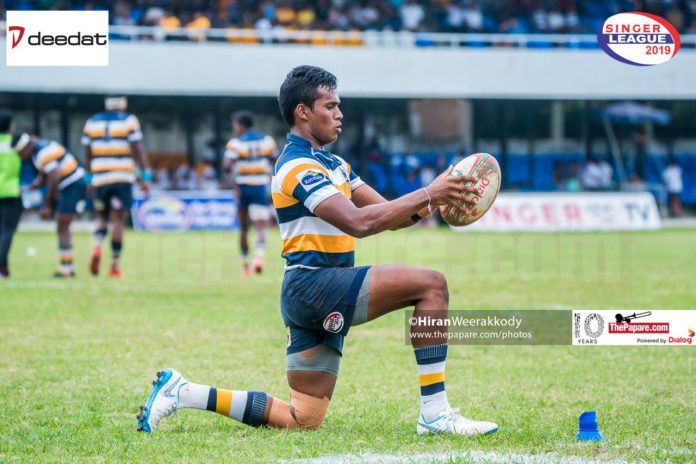 It was early into the Singer Schools Rugby League. Tagged as favourites, St. Peter’s College was made to travel to Mount Lavinia on a Monday for their first match o the season.

The Peterites coming into the season following their President’s trophy triumph in 2018 were in high spirits with the favourite tag shining brightly beside their name. But the trip to Mount Lavinia is always a tough one, even if you are travelling from Bambalapitiya. 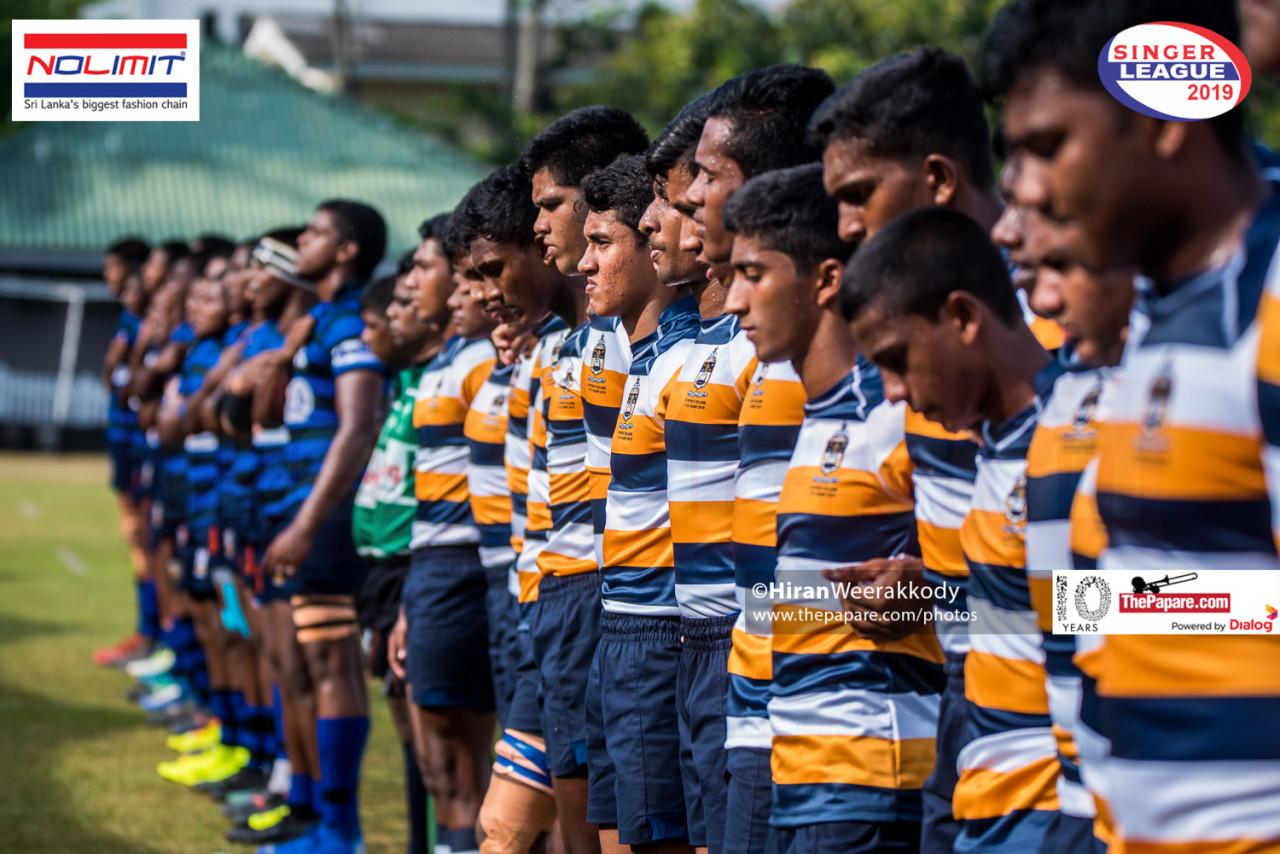 The last time the Saints of Bambalpitiya made the trip was two years ago.

Season openers are always tough. It is the first time that a team comes together and the first time you get to see your opponents. The Peterites prepared for the conditions at the school by the sea.

After leading 14-0 at half time, the Peterites were given a rude shock by the hosts with a comeback to take a 20-14 lead, with 5 minutes to go on the clock.

With the entire St. Peter’s fraternity on their toes, anxiously looking at the final few minutes, a 5-meter lineout saw them scoring on the seaside end, just beneath the pavilions.

Time was up on the referee’s watch, meaning the last play of the game would be the conversion from the far end. A kick to seal the win for St. Peter’s.

Thenuka Nanayakkara was in the side, his first start for St. Peter’s. He readies the kicking tee and looks anxiously at the posts. Behind him stand a team which had just played 70 minutes of rugby looking for the reward.

Nanayakkara comes into his stride, the kick has the distance but not the direction.

Fast forward three months, St. Peter’s are at the top podium going into their final match. The newly constructed sports complex has favoured the Bamba Brigade. It was a weekend where ending up on the losing side would mean the end of league title hopes.

To achieve that, a win against their arch-rivals St. Joseph’s was essential.

The Joe-Pete rugby rivalry that was dominated by the Peterites over past few decades took an unprecedented turn with the rise of Josephian rugby. Owing to this, the Petes had last won the silverware back in 2014.

A closely contested game saw the Peterites trailing by the 69th minute and gaining possession meters close to the try line.

The Joes ball carrier failed to clear his lines and gifted the penalty to St. Peter’s. Their prayers have been answered.

Nanayakkara now comes up in front of the goal posts. This is not the Nanayakkara that we saw in the season opener at Mount Lavinia. Very calm and confident. He has now completed a full season in the St. Peter’s jersey, he looks fearless.

He aligns the kicking tee, this time an angle better than that at Mount Lavina. The kick sails through the uprights and the new complex at Bambalapitiya explodes with fans flocking the playing area in euphoria.

The miss in the first match at Mount Lavinia was the turning point of Nanayakkara’s 2019 season. The league has defined Nanayakkara as a player. A team player who understands situations and plays to the team’s strengths is a luxury for any coach.

Currently, with 7 tries and 82 points, he sits on top of the leaderboard with a week to go. Nanayakkara’s kick last weekend has got St. Peter’s in contention of the Singer Schools Rugby League; a prize that the Peterites last won in 2010.

“It was our first match, against S. Thomas’. There was a last-minute conversion, which was missed. Similar to that game, there was a last-minute penalty. I knew that If I kicked it I will be able to win the match and it was successful at the end!” added Nanayakkara after the conclusion of the game.

In 2010, when the league came to Bambalapitiya under the captaincy of Keith Gurusinghe, it was Thenuka’s elder sibling Banuka Nanayakkara who was in the middle of everything, making sure the team steers clear to the title.

Nine years later, it was Nanayakkara Jnr’s turn and he delivered, with only Royal standing between him and a memorable title win.