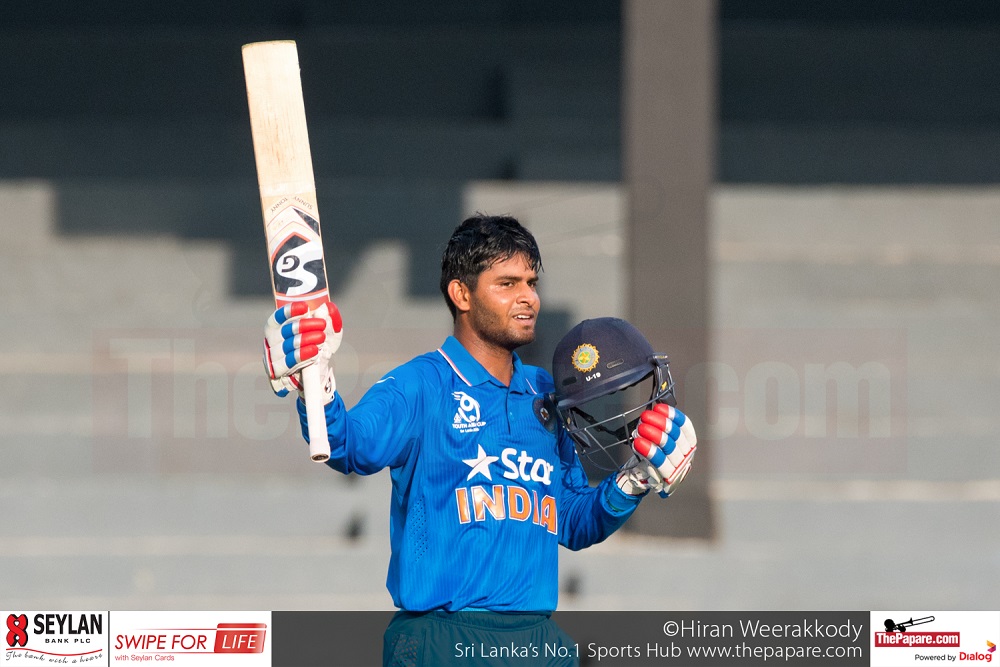 Right-handed opening batsman Himanshu Rana thrashed 130 off 123 balls to help India U19’s reach yet another final in the Youth Asia Cup beating Afghanistan U19’s by 77 runs in the first semi-final played under lights at R.Premadasa International Stadium on Tuesday.

Rana’s brilliant 130 included 12 fours and 2 massive sixes to help India U19’s post a formidable 294 after skipper Abhishek Sharma decided to bat first in an all-important game. Sharma contributed with a handy 31 while, Shubman Gill chipped in with a classy 45 off 51 balls which included 7 fours.

Rana along with skipper Sharma added 83 runs for the 3rd wicket while Naveen ul-Haq took 5 wickets for Afghanistan but gave away 80 runs from his 10 overs. Spinner Mujeed bagged 2 wickets for 45 runs in the middle part of the Indian innings.

In reply, Afghanistan lost four quick wickets inside 13 overs as the artificial lights came on. After that it was an uphill task for the Afghan U19’s with number 6 batsman, Nisar Wahadat blasting a brisk 75 off 86 balls while Shamsurrahman fell short of a well-deserved half-century, but it was not enough to beat the tournament favorites and the defending champions. The Indian spinners, Yash Thakur, Kamlesh Nagarkoti and Rahul Chahar bagged 2 wickets each thus preventing Afghanistan from making the finals.

India’s opponent in the final will be determined today (21st December) when the hosts, Sri Lanka U19’s take on Bangladesh U19s in the second semi-final.