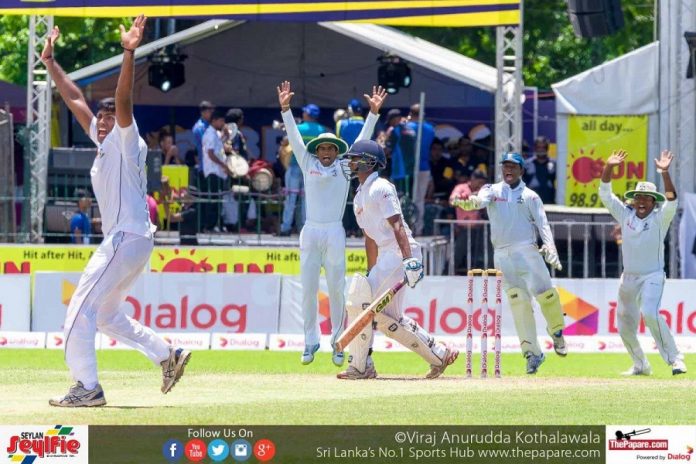 Throughout its 139 year history, the Royal-Thomian has produced moments of brilliance, with players dazzling with the ball in their hands, outstanding fielding and wicketkeeping efforts. However, unlike batting, records related to bowling and fielding were, at times, not archived in complete figures. Hence, the quest of www.thepapare.com to unravel these remarkable tales, demanded some taxing research.

The last player to grab 6 or more wickets in an innings for Royal is Ajith Devasurendra, who took 6 for 46 in 1981, a year after H. Musafer took 6 for 44 in 1980. Since the centenary, there has been only one bowler who had taken 5 wicket hauls in two separate big matches for Royal. Rochana Jayawardene, following his 5 for 37 in 1982, recorded 5 for 29 in the big match winning campaign in 1983. Chamika Karunaratne remains the last bowler to take a 5 wicket haul for Royal. His 5 for 55 sealed a terrific victory which saw the shield returning to Royal after 6 years in 2013. Karunaratne’s performance ended a 20-year wait for a Royal bowler to claim 5 wickets in an innings, with the last being N. Rajan (5 for 76) in 1993.

In 1941, H. T. Gunasekara bowled 14 maiden overs in succession, while G.P. Keuneman has recorded the only hat-trick for Royal, where he dismissed Thomian batsmen G.E.H. Arndt, J. De Livera, and D.L. de Saram during the encounter in 1901.

There are 4 Royalists who have taken a wicket with their 1st ball in a Royal-Thomian encounter. In 1931, J.C.W. Rock dismissed J.R. Senanayake while in the same year, H.L. de Krester trapped B.I. Palipana on debut. S. Elvitigala took the wicket of A. Serasinghe on his debut ball in 1991 while 20 years later, Anjana Kudahetty, dismissed Asiri Wickramanayake. Out of the 4 bowlers, Rock, Krester and Elvitigala claimed their scalps through LBWs, while Kudahetty’s wicket on his debut ball came after he clean bowled Wickramanayake.

In 1962, S.D. Jayaratne was involved in 6 dismissals (5 catches, 1 stumping) behind the stumps. It remains as the highest number of dismissals by the Royalist in an innings. Jayaratne (1962), along with Zulki Hamid (1991), have taken most dismissals in a match (8). Incidentally, both have taken 6 catches and made 2 stumpings during their endeavours. There have been only 4 wicketkeepers for Royal who have not conceded a single bye in a match. They include, M. Rodrigo (1945), S.D. Jayaratne (1962), Nirmal Hettiaratchy (1969), Zulki Hamid (1990) and Kavinda Nanayakkara (1997). Out of them, Kavinda Nanayakkara holds the record for zero byes conceded after opponents scoring most number of runs (340/5 & 86/2). Nirmal Hettiaratchy is the only wicketkeeper to score half centuries in each innings of a big match (62 & 65* in 1970).

Zulki Hamid has the most number of dismissals in the series. Between 1990 and 1992, he contributed to 15 dismissals in 3 matches, which included 13 catches and 2 stumpings.

Considering the best all round performances in a match for Royal, Rochana Jayawardene’s heroics in 1983 stands out. Arguably the best all round performance at a Royal-Thomian, his unbeaten 145 and a match bag of 9 for 73 secured a historical win for Royal College, ending a series of stalemates since 1970. D.B. Gunasekara (Jnr) in 1930, made 148 runs and took 9 for 110 in the match.

St Sebastian’s College – The talent mine from Moratuwa