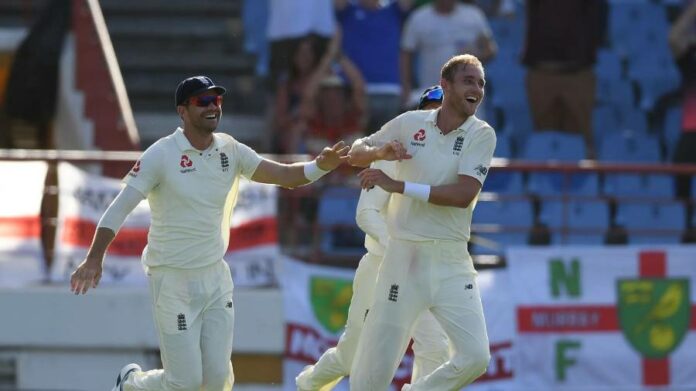 England have announced a 13-member squad for the first two Tests of their upcoming ICC World Test Championship assignment at home against New Zealand, starting 2 June.

The veteran pace duo of James Anderson and Stuart Broad, who had been left out of the previous squad travelling to West Indies, made a return to England’s Test side for the three-match Test series against the reigning World Test Championship winners.

Uncapped players Matthew Potts and Harry Brook have earned maiden call-ups while Alex Lees, Craig Overton and Jack Leach, who were a part of the West Indies series, have retained their spots.