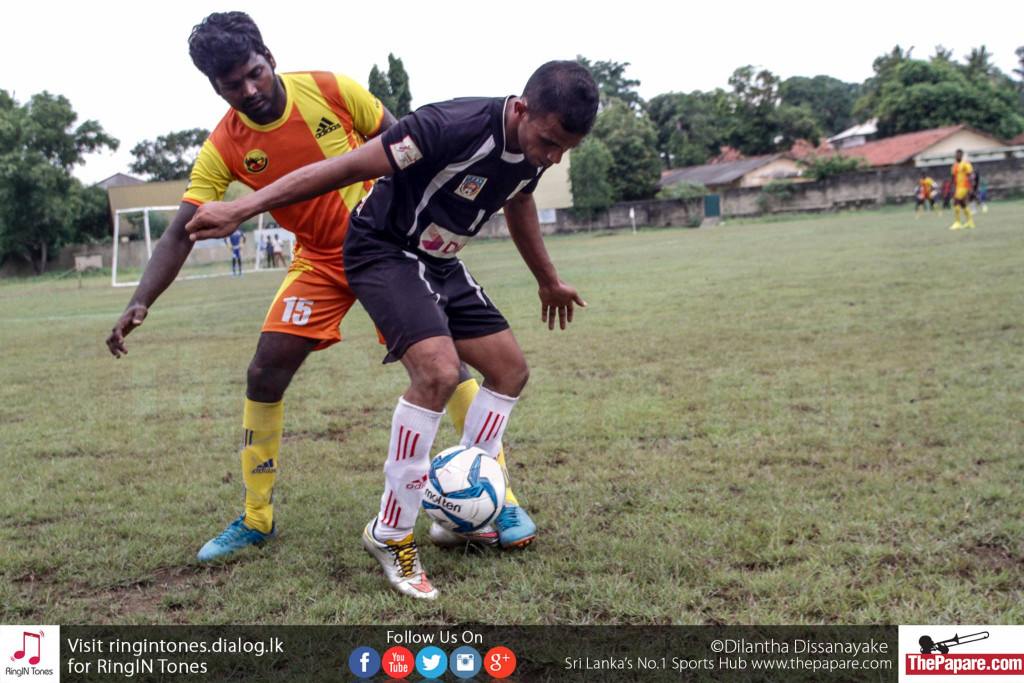 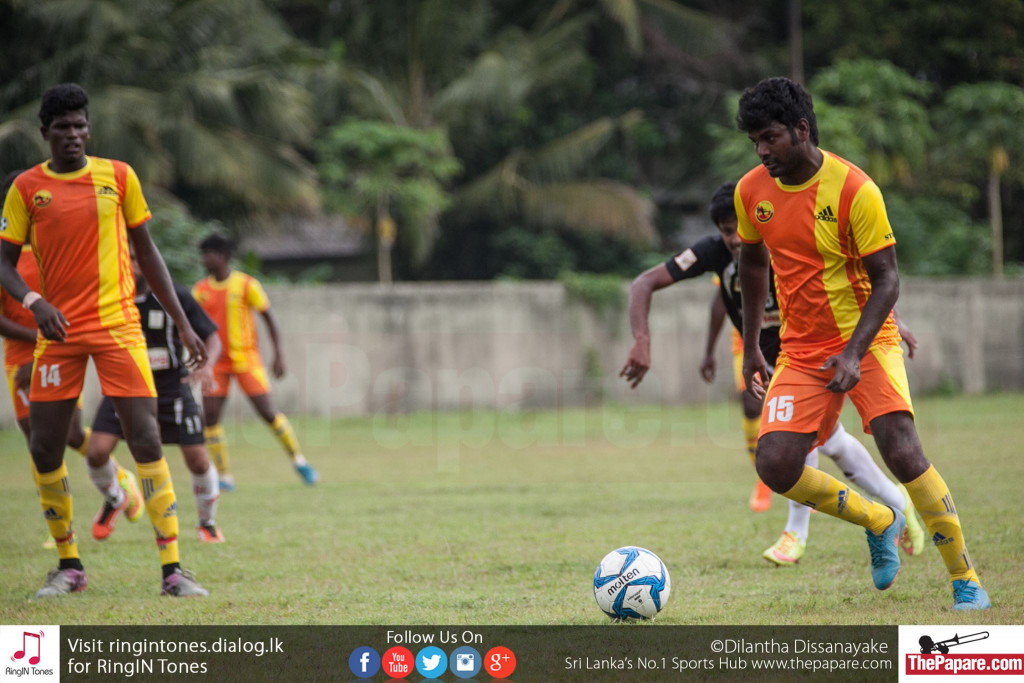 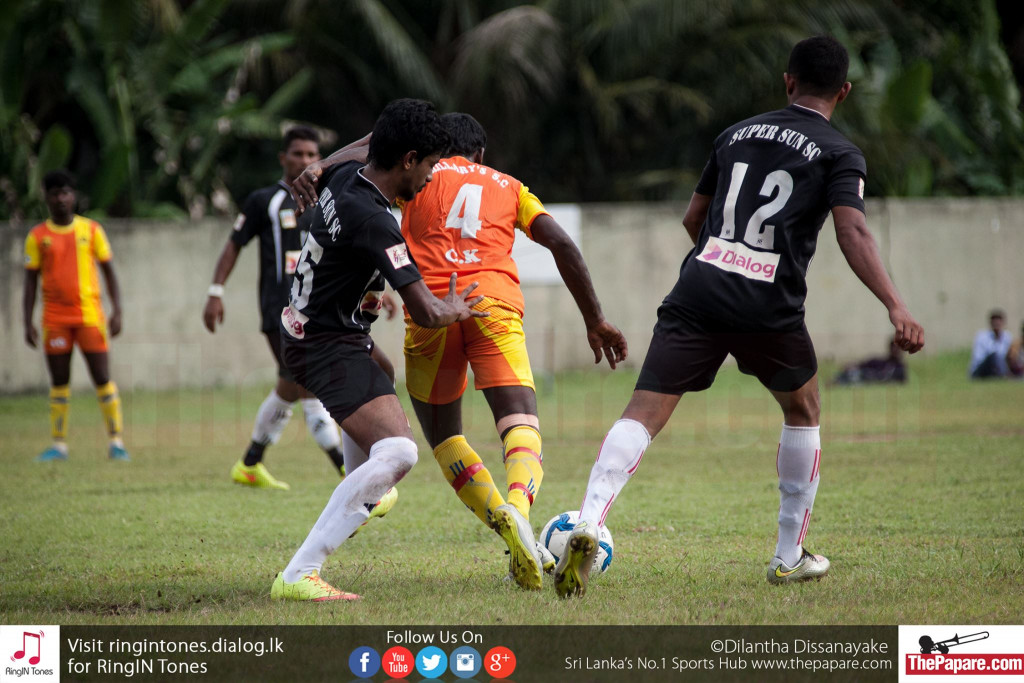 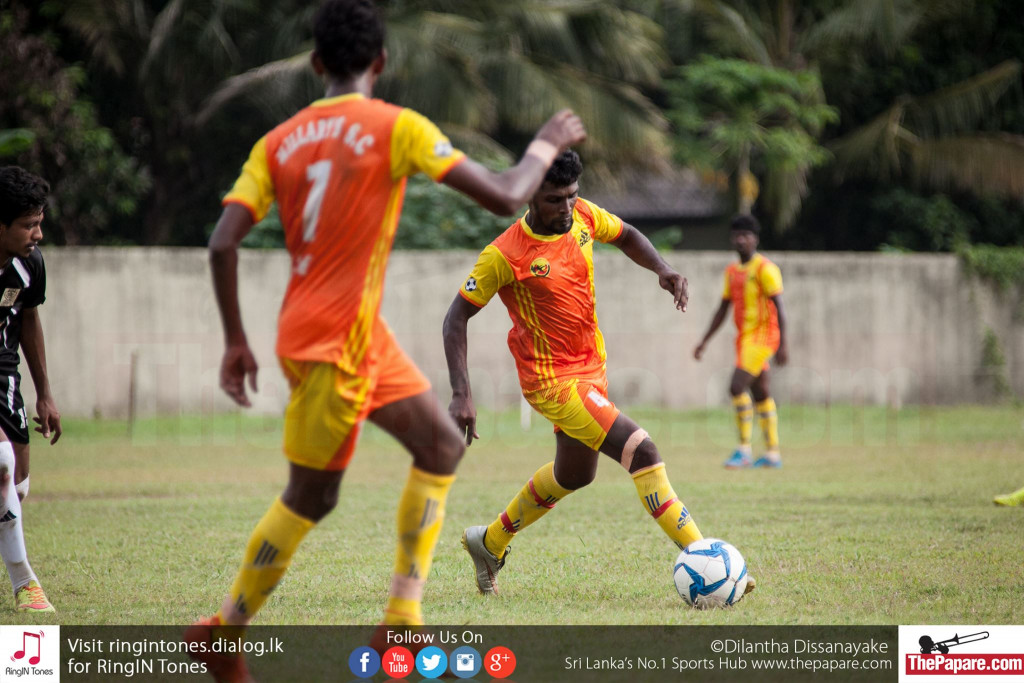 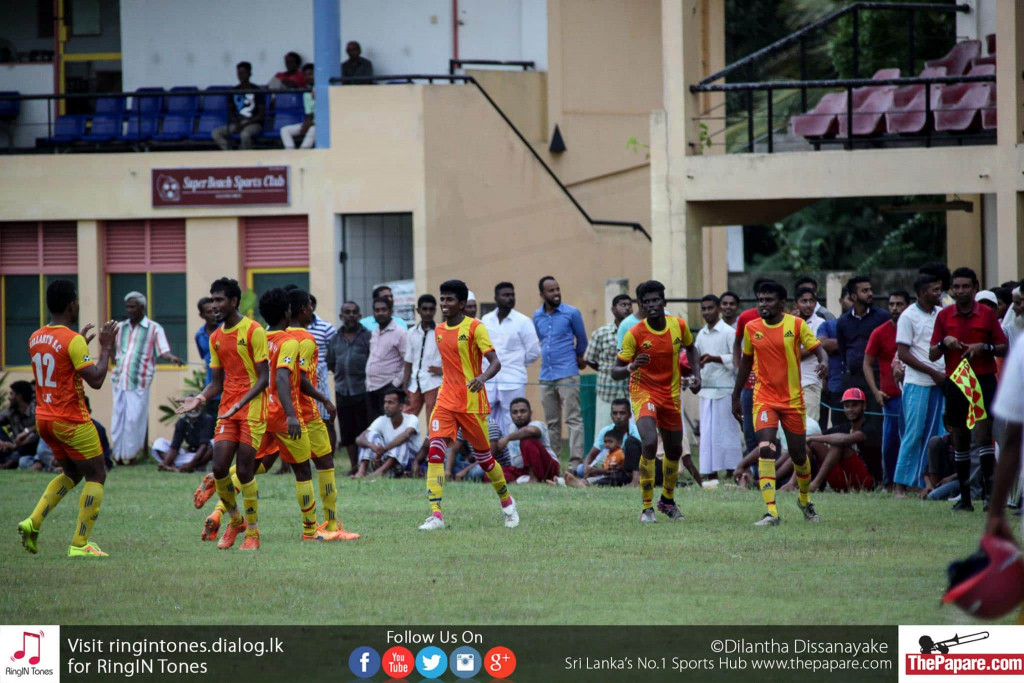 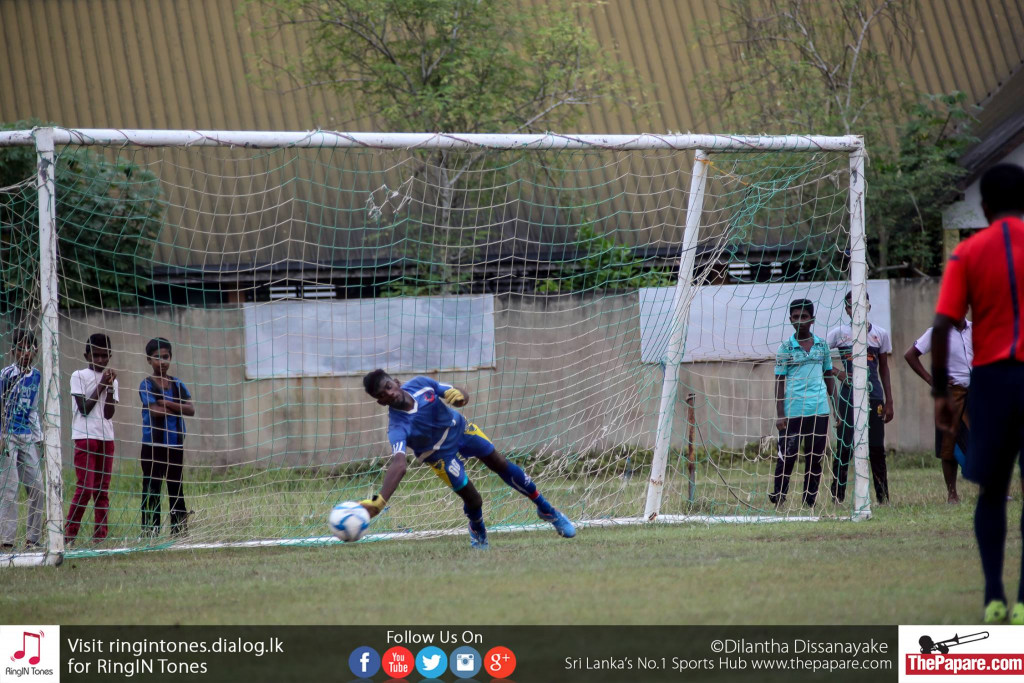 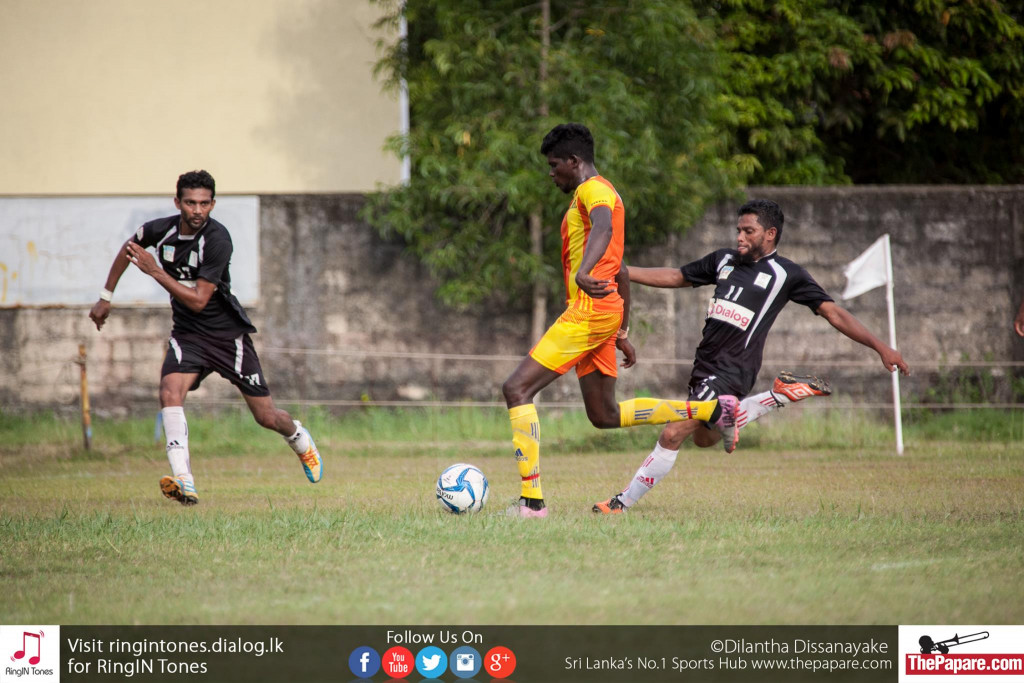 Ten man Hillary SC from Mannar created the biggest upset of the FA Cup when they defeated Champions League club Super Sun 3-1 while Renown SC came from a goal back to win 3-1 against New Youngs SC.

Both sides began the first half with great passing while slowly picking up the tempo. They sized each other up for the first 10 minutes without creating any credible chances or hitting the target. Neither side dominated possession and barely tested the opposing goalkeepers.

The first real chance came from Super Sun SC, forward Ahamed Rishman who broke away from the Hillary SC defence from a quickly taken goal kick. Once free he was faced one on one with the goalkeeper Sarath Babu who missed timed his kick to set a chance on an open goal in the 14th minute, which he comfortably buried.

Within 3 minutes the score was levelled again after Mohamed Murshid controversially brought down J.A.Diluxan in the penalty box gifting Hilary a penalty and earning him a yellow card.

Diluxan decided to take the penalty, which he placed to the right of keeper Mohamed Ahsan. Yet in dramatic fashion was deemed to have kicked the ball before the whistle and had to retake from the penalty spot. This time he decided to go for the opposite side and slotted in home comfortably.

The latter end of the half saw both teams struggle once again to find a rhythm and neither looked like to score. With 8 minutes to go for the half time whistle Super Sun brought on Mohamed Rifkhan for Mohamed Farhan to add more width and pace on the right.

After the restart Super Sun SC came flying out the blocks, dominating pace and possession. Within 10 minutes forward Nuwan Priyankara had tested Sarath Babu thrice; twice hitting the woodwork. The third time Sarath Babu showed off his impressive aerial acrobatics to keep his side with a fighting chance and redeem himself for his earlier mistake.

For a full thirty minutes Super Sun dominated possession and created chance after chance with Hilary SC barley able to clear their lines let alone get out of their own half.

Yet, Super Sun SC’s high pressing strategy game, proved to be their downfall. Sarath BaBu produced a long ball to Diluxan who sprinted forward after a Super Sun defense and found himself one on one with Ahsan, who had not had to make a serous save so far in the half.  He then produced a fine and cheeky chip to send his side into the lead in the 71st minute.

However soon after defender S.Mayooran of Hilary SC was sent off for impeding Rishman and the scores looked to be levelled again. Suranda Bandara stepped up to the penalty spot and fired straight down the middle, only to be stopped by Sarath Babu and the rebound was sent well over the bar.

With a man down Hilary SC showed that they were determined to hold on to their lead with die-hard defending and spectacular saves. Super Sun SC threw everything they had in to attack after attack yet Sarath Babu was determined and skilful with a number of spectacular saves.

Right on the 84th minute Anton Ranjan broke away from the limited defence with the help of Diluxan to score the third goal, sending the Hilary SC players into joyous celebrations and hammered the final nail in the coffin for Super Sun.

Super Sun SC were at this point completely dejected and knew that they had let a golden opportunity slip by. All they could do was press hard for the remainder of the game; albeit unfruitful.

Renown sprung to life in the second half to score three goals and win 3-1 against New Youngs at Sir Albert F.Peiris ground in Wennappuwa.

New Youngs led at half time through a goal from Hasitha Priyankara as early as in the 3rd minute.

After the break Renown unleashed their entertaining brand of football with Mohamed Rifnaz equalizing in the 56th minute. Mohamed Fazal took the lead for the visitors in the 76th minute while Job Michael buried the game two minutes later with a goal of his own.

Dasun Piuslas of New Youngs was sent off after receiving a red card.