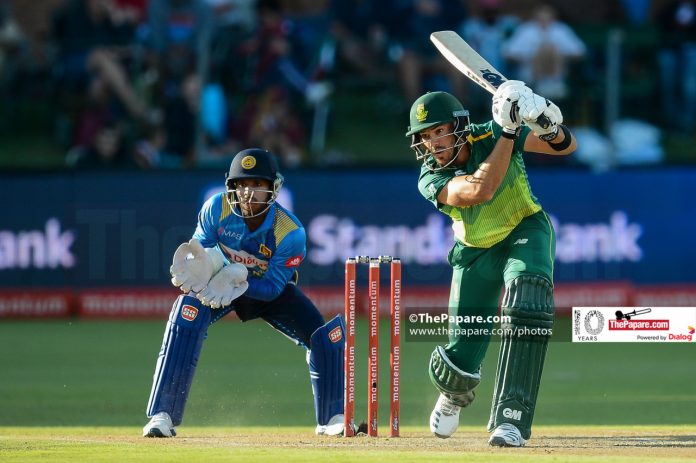 South Africa have included the uncapped trio of Aiden Markram, Anrich Nortje and Sinethemba Qeshile for the three-match T20I series against Sri Lanka, starting on March 19. While Markram and Nortje are in the squad for all the three games, 20-year old ‘keeper-batsman Qeshile has been selected for the second and third matches.

Senior players Faf du Plessis, Quinton de Kock, Imran Tahir and Kagiso Rabada will feature in only the opening match of the series, while the likes of Chris Morris and Lutho Simpala will come to the side only for the last two matches. JP Duminy will lead the side in the second and third T20Is in the absence of du Plessis.

“The first match forms part of our vision 2019 to continue exploring our options for the ICC Men’s World Cup,” Linda Zondi, CSA’s National Selection Panel convener, said. “The squad for that match consists largely of the squads that have been doing duty in the Momentum ODI Series against Pakistan and Sri Lanka. We would have liked to include Hashim Amla but unfortunately he remains unavailable because of his family situation.

“We have used our T20 International matches in the past as the first port of call to widen the pool of talent. This has resulted in Rassie van der Dussen, Gihahn Cloete, Janneman Malan and Lutho Sipamla being brought through the pipeline with considerable success during the course of the current season.

“JP Duminy will take over the captaincy for the last two matches while we give a short break to Faf du Plessis, Quinton de Kock, Kagiso Rabada and Lungi Ngidi who are involved across all three formats for the Proteas,” concluded Zondi.

Duminy to retire from ODIs after 2019 World Cup