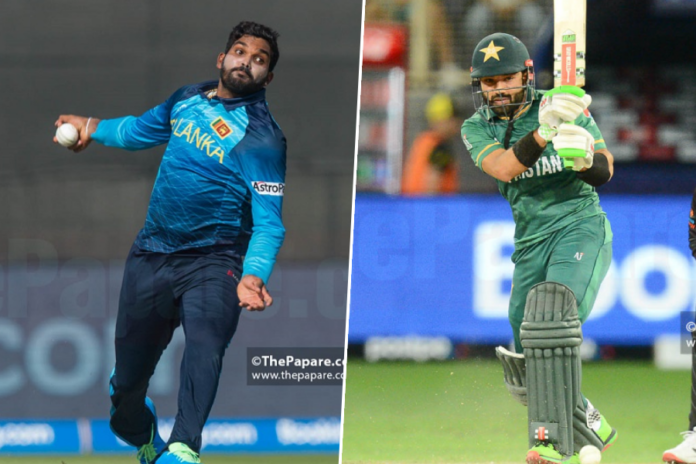 As part of the 2021 edition of the ICC Awards, the International Cricket Council (ICC) announced today the T20I cricketers of the year in men’s and women’s international cricket.

As part of the 2021 edition of the ICC Awards, the International Cricket Council (ICC) announced today the T20I cricketers of the year in men’s and women’s international cricket.  Pakistan’s ace wicketkeeper-batter, Mohammad Rizwan was voted the ICC Men’s T20I Cricketer of the Year 2021, whilst England’s Tammy Beaumont was voted the ICC Women’s T20I Cricketer of the Year 2021.

Aggregating a staggering 1326 runs in only 29 matches, Rizwan averaged at 73.66 and had a strike-rate of 134.89. Apart from his exploits with the bat, he was as solid as ever behind the stumps, playing a key role in Pakistan’s run to the semi-finals during the ICC Men’s T20 World Cup 2021, where he ended up as the third-highest run-scorer.

Earlier in the year, Rizwan also scored his maiden T20I century against South Africa in Lahore and ended it continuing his form with a brilliant knock of 87 against West Indies in Karachi.

Commenting on receiving the honour Mohammad Rizwan, said: “I had an exceptional year in the shortest format of the game, and I am thankful to all my colleagues and peers for voting me as the ICC Men’s T20I Cricketer of the Year. This award gives me further motivation and incentive to do even better in 2022 and beyond for Pakistan so that we can collectively achieve our objective of being the top T20I playing side and in the process enhancing our fan-base.

“I want to thank all my team-mates and coaching staff who helped me throughout the year by preparing and training me well enough to contribute to Pakistan’s successes. As cricket is a team sport, I would like to dedicate this award to my teammates and fans.”

In the women’s category, England’s all-rounder Tammy Beaumont was voted as the ICC Women’s T20I Cricketer of the Year for her stellar performance in 2021. Beaumont was England’s highest run scorer, and third-highest overall in the world in 2021.

Earlier in the year, in a low-scoring series against New Zealand away from home, Beaumont was the top scorer and was awarded the Player of the Series for a total of 102 runs in three matches. Her 63 in 53 balls in the second match put England in a winning position after they had lost two wickets in the powerplay. Beaumont continued her form against New Zealand when they visited England for a limited-overs tour. She once again finished as the highest run scorer in the series with 113, which included a stunning 97 in the opening game of the series.

Commenting on her award Tammy Beaumont said: “It’s a huge privilege to win the ICC Women’s T20I Cricketer of the Year Award. I’ve worked incredibly hard on my T20 game in the last few years. My T20I career has had its ups and downs and I don’t think I’ve always been known for my T20 abilities, so this award gives me a huge amount of confidence.”

“As a team we had a great year in terms of T20I results and it feels great to have contributed to team wins. We’ve got a big year ahead in all formats – with the Ashes, the ICC Women’s World Cup and the Commonwealth Games, and I look forward to continuing to work hard alongside my teammates to help us win as many games as possible.”