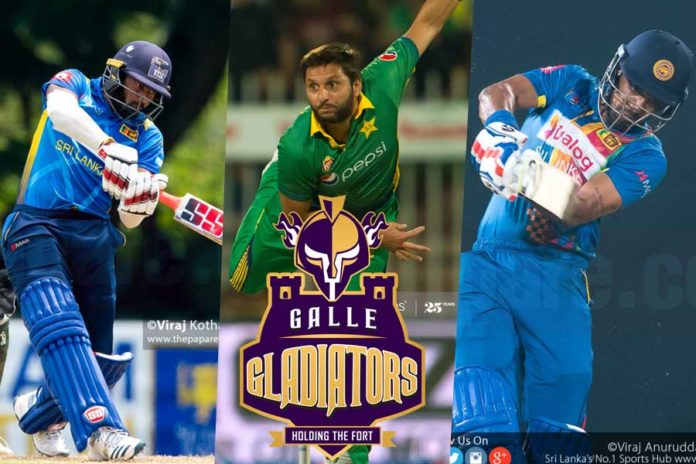 Galle Gladiators will be led by an absolute superstar in the T20 circuit, Shahid Afridi. The squad has a great blend of international and local stars who have heaps of experience in T20 cricket.

Nadeem Omar, a Karachi-based businessman came forward to represent the southern region of Sri Lanka – Galle – under his banner, Gladiators in the LPL. He also owns a couple of other franchise teams under the same banner, Quetta Gladiators and Deccan Gladiators, who compete in Pakistan Super League and Dubai T10 League respectively. Quetta Gladiators have been in action since 2015.

Galle Gladiators will be coached by former Pakistani captain, Moin Khan. Khan has formerly been the head coach of Pakistan men’s team and is also the coach of Quetta Gladiators.

The gladiators have a top-heavy squad with most of their T20 specialists filling the first seven slots. The Sri Lankan trio at the top of the order, Danushka Gunathilaka, Bhanuka Rajapaksa and Shehan Jayasuriya make up for a strong local core group along with all-rounder Milinda Siriwardena. Jayasuriya and Gunathilaka’s efficient off-spin makes them invaluable assets for the team.

Adding the fierce power-hitting of Hazaratulla Zazai, who demolished Ireland with an unbeaten 162 run in just 62 balls last year, makes any opponent take a step back when facing the Gladiators. Pakistani young gun, Azam Khan will join the six-hitters club of the team as the 22-year-old boasts a strike rate of 148.78.

Chadwick Walton’s experience and leadership will make an immense difference to this batting group and he will be key in getting them through the middle overs. The pinnacle of the team will undoubtedly be the skipper who brings in a mountain of experience in T20 cricket. Although Afridi will predominantly steer the bowling front, he will always be the loaded cannon at the dugout while his team is batting.

The bowling will depend a lot on their foreign expert, Mohammad Amir. The absence of an experienced Sri Lankan fast bowler will force them to play Amir in almost all the games.

That will be their biggest woe, a gap left by Lasith Malinga’s exit from the tournament. After Amir, Asitha Fernando and Waqas Maqsood have played one international game each. That is all the international experience the fast bowling battery poses.

This nearly cements two overseas slots, in the skipper and the lead fast-bowler of the team, giving them very little room for changes in an already cramped up tournament.

Akila Dananjaya who is returning from a ban with a remodeled action will be their wicket taking option after Amir and Afridi. The question is how effective will he be on his return?

Lakshan Sandakan could be a surprise package in the tournament with the long boundaries at Hambantota. This will give him an edge with his unorthodox wrist spin, demanding a lot from the opposition batsmen to clear the ropes.

The batting department will have a huge role to play in the Gladiators’ success. It will be an exciting watch to see if these world-class batsmen have enough fuel to take them to the podium. 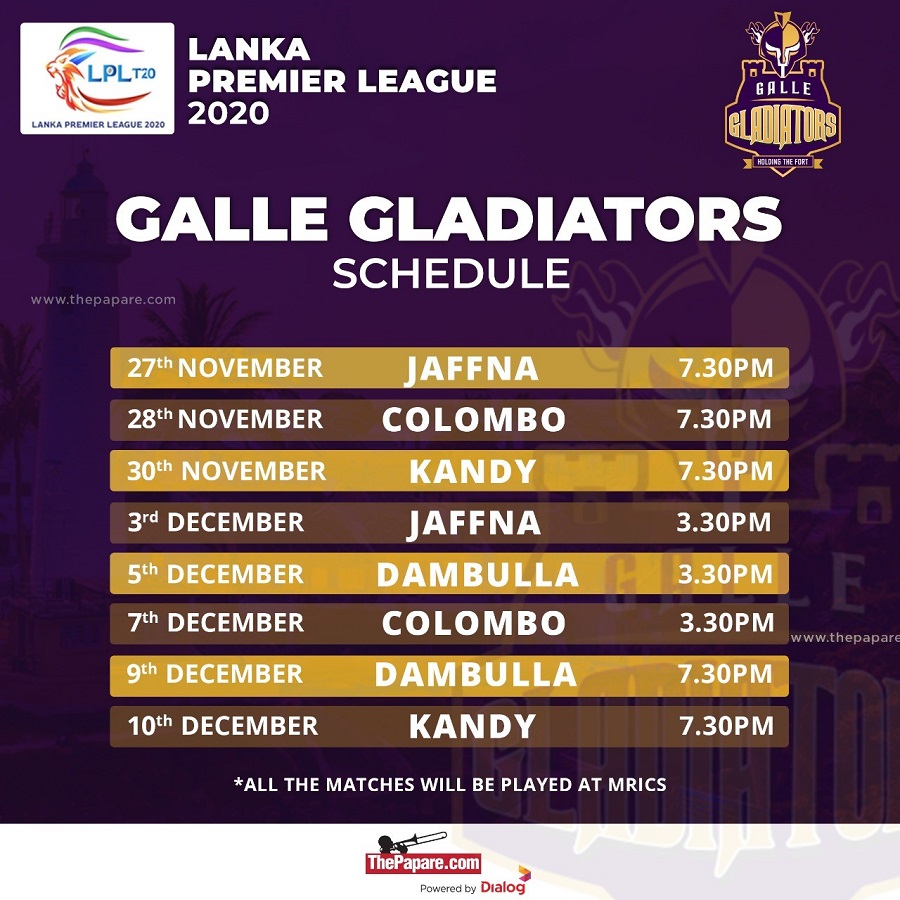