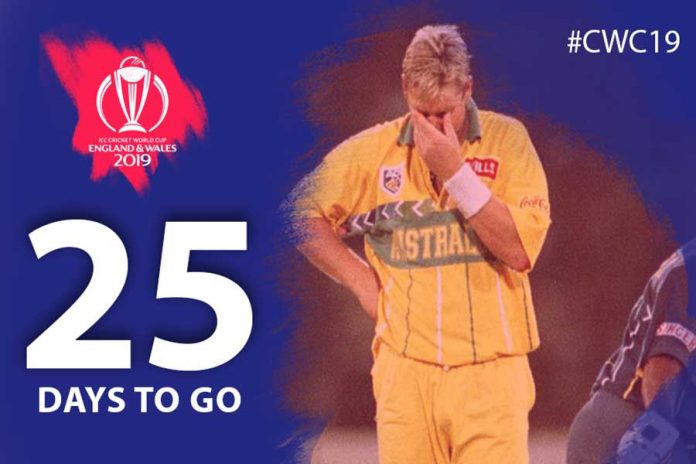 The 1996 World Cup scheduling was harsh on the Sri Lankans. They were drawn in Group ‘A’ alongside three former World Champions plus Kenya and Zimbabwe. Among the three former champions, Australia and West Indies had been World Cup champions on more than one occasion. Group ‘B’ was considered the easier one with just one former winner – Pakistan, the defending champions.

Sri Lanka’s cricket authorities did well in fighting a tough battle in getting organizers to decide that both Australia and West Indies had forfeited their game after their refusal to honour their fixtures in Colombo due to security reasons. That was four points for Arjuna Ranatunga’s side even before a ball had been bowled.

Australia were claiming that they had a report that terrorists were targeting their team in Colombo and argued that their decision to withdraw was right. The decision was conveyed to the Sri Lankan contingent attending the ICC meeting in Calcutta by Malcolm Grey.  The Sri Lankans were shocked. Particularly with this coming from someone like Grey, who was a decent man and went onto become the President of ICC.

West Indies’ stance, however, wasn’t so strong. Most of their players were fine with touring. Just two players took the entire team to ransom holding back the team from travelling. The ICC chief at that point was Sir Clyde Walcott, one of the three Ws and a West Indian legend. Even he urged the West Indies to tour Colombo but to no avail.

Realizing how serious this issue was, the authorities in the sidelines of the meeting met with each friendly nation to convey how badly they had been treated. The member countries were given a detail about the security measures that were in place to protect the teams and convinced them that the situation wasn’t alarming. A second vote was taken and Sri Lanka emerged on top. With firm backing from Jagmohan Dalmiya, the head of PILCOM – Pakistan, India and Lanka Committee, the organizing arm of the World Cup and ICC President Walcott, they were able to get justice against the unreasonable demands of West Indies and Australia.

Sri Lanka finished top of their table and then won three back to back games in the knockout stages to go onto become World Champions. They went onto finish the World Cup unbeaten.

Despite the soured relations, Australia toured Sri Lanka later that year for the quadrangular Singer World Series tournament. However, there was no Mark Taylor or Shane Warne. The side was captained by wicketkeeper Ian Healey. Ironically, Sri Lanka and Australia met in the final, six months after the epic World Cup final. Sri Lanka won the contest by 50 runs. They finished the competition unbeaten again.

A month after the World Cup win, Sri Lanka undertook their first ever tour to the West Indies – to play just one ODI. They travelled all the way to the Caribbean just to engage in a 50 over contest in Trinidad and won the game by 35 runs.

The World Cup win brought the Sri Lankans many more opportunities like that as they were popular tourists everywhere in the cricketing world. That year they played a record number of 30 ODIs and won 18 of them with one game ending in a tie and another in no decision.