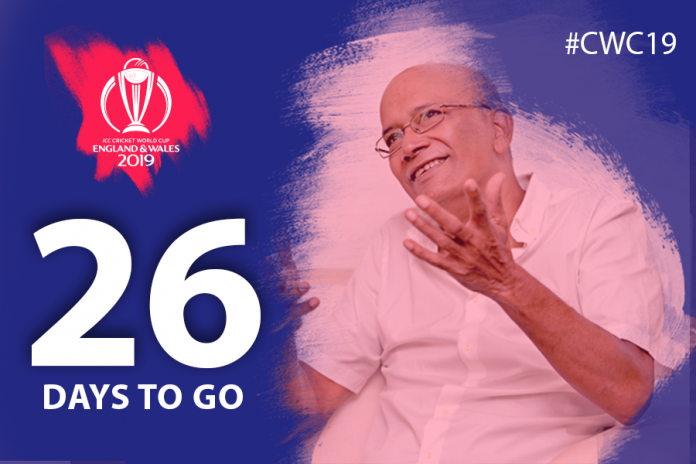 Businessman Ana Punchihewa was making huge strides in the corporate world in the 1980s. He was the head of Coca-Cola in the region. Coke in the 1980s had sponsored school and club cricket. UNP MP Rupa Karunathilaka, who was from Galle District, invited Ana Punchihewa to get involved with the Galle District Cricket Association and that was how Ana came into cricket.

Realizing what Ana was capable of in the cooperate field, Gamini Dissanayake, who returned to serve the Board of Control for Cricket for the second term in 1994 invited Ana to join the Board as his Vice-President. Later that year, when Gamini Dissanayake was assassinated, Sri Lankan cricket was left high and dry. The sport needed someone to take up leadership.

Ana contested the cricket elections in March the next year. He was elected President uncontested with former captain and one of the most respected figures in the sport Anura Tennekoon as the Secretary. When Ana came in, the board had a bank balance of Rs. 300,000!

The first thing Ana did was to call all stakeholders of the sport and put out a five-year plan. The long term plan was to be the best cricketing nation by the year 2000.  Ana didn’t merely want to improve the performances of the team but to improve coaching standards, infrastructure, umpiring and the whole lot. He also had a short term plan which was the 1996 World Cup. Not that he wanted to win the World Cup but certainly improving the performances than the previous competition. Reaching the semi-finals in 1996 would itself have been a great achievement.

Through discussions with various cricketing stalwarts, he realized that the team had talent and experience but perhaps lacked professionalism. He was told to bring in a foreign coach to achieve better results. So, the Cricket Board advertised for the post. The response was overwhelming.

Six big names had shown interest including Ian Botham and Allan Border. So had Dav Whatmore.  So why couldn’t the board settle for Botham, the greatest cricketer of that generation? He was too expensive. Botham had asked for a million dollars.

Whatmore was reasonable asking for a pay package of US$ 100,000 a year. It was perhaps the better choice as well. Botham was a cricketing genius but had very little coaching credentials. Whatmore meanwhile at that point was coaching Victoria in Sheffield Shield.

But how could a board that had a bank balance of Rs. 300,000 afford such huge money? This is when the Australian Cricket Board came to help.

The Sri Lankan team was to tour Australia in the summer of 1995 and they were to receive US$ 100,000 as a guarantee fee. As a gesture of goodwill and to help an up and coming cricketing nation, the Australia board informed that they are willing to pay US$ 200,000 instead so that Ana could afford Dav.

Dav came in and he felt the need of a physiotherapist. That was going to cost the board another US$ 80,000.  That too was done and with improved physical fitness, better tactical skills and fielding, the team was raising the bar.

Quite a bit of success followed the team from thereon. Sri Lanka won the tri-nation Singer Champions Trophy in UAE involving West Indies and Pakistan. They won a Test series in Pakistan and reached the final of the Benson and Hedges tri-nation series in Australia. The icing on the cake was the World Cup win beating Australia in the finals.

Then there was a rude shock for Ana. With everything falling in line soon after he took over, Ana was expected to win a second term easily. But the members of his own Executive Committee went against him and he lost a bitterly contested re-election just two weeks after Sri Lanka had become the World Champions.