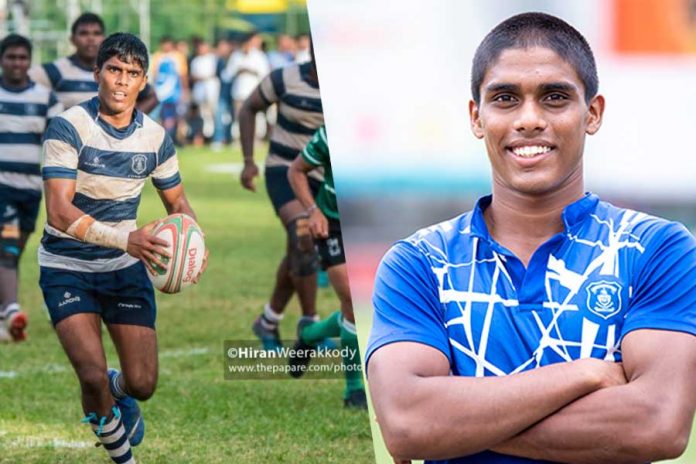 Zippy scrum-half Rashane Gunawardena has been trusted with the Captaincy duties for St. Joseph’s College, by virtue of his exemplary leadership skills displayed as Vice-Captain last year.

St. Joseph’s College will look to resume from where they left off last year, leaving Rashane with a daunting task, to persist with the top performances from the previous seasons as they kick off their 2020 campaign in a home game against Kingswood College on the 5th of March at Longdon Place.

Amarasinghe to spearhead the Eagles!

Rashane is no stranger to the Schools Rugby arena, his solo performances at the U-18 Sevens last year stands out, as he is well known for his game awareness, ability to spot the gap and slice through it with speed. He is expected to be one of the most assured finishers in the upcoming Schools Rugby League.

Experienced campaigner Lehaan Gunaratne will take charge of Royal College Rugby as they bid to ………..

Rashane was a regular member of the Joes side since 2017, consequently he will hope to make use of all his experience to marshal the lads from Darley Road to greatness! He will be under the attentive direction of last year’s Assistant Coach, Dinesh Kumara, who will head the coaching division this year.