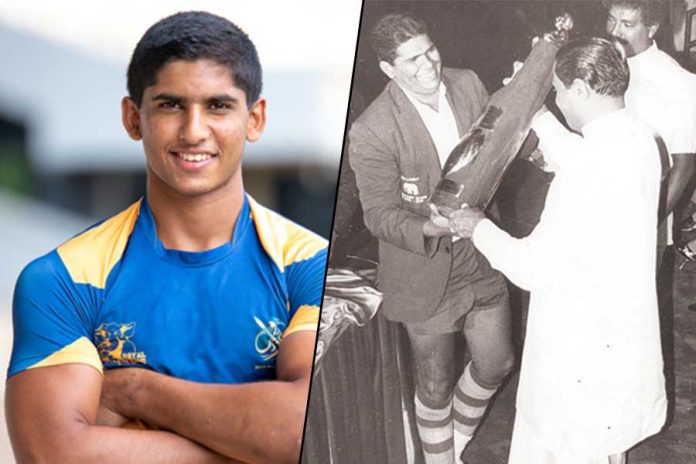 Experienced campaigner Lehaan Gunaratne will take charge of Royal College Rugby as they bid to secure the League Championship for the 4th consecutive year.

Gunaratne, one of most consistent performers who played a vital part in Royal’s success throughout the past three seasons, is set to captain one of the most successful schools rugby teams in the 21st century as they take the Rugby field for the 100th year.

Get READY FOR AN EXCITING SCHOOLS RUGBY LEAGUE!

The time has come for the country’s most anticipated tournament…

Like father, like son; the Royal College Rugby Captain will receive the rare opportunity of repeating the heroics of his father – the present Sri Lanka Rugby President & former Royal College Captain Lasitha Gunaratne, if he leads his team to victory at the Schools Rugby League and retains the Bradby Shield. He will also rewrite the books of history if he does so, as it would be for the 4th consecutive year.

Gunaratne, an influential player and a quick thinker with great potential, is no different to the senior Gunaratne, who clinched the League title in 1988 and went on to represent CR & FC and the National Team as a third row forward.

However, this will be a real test for the young fly half as he sits on the hot seat, having to make crucial decisions under extensive pressure. He will have the support of well-experienced players like Achitha Radeeshan, Kevin Samarasekara and Radesh Wijerathna , all of who were standout players last year.

With a highly celebrated coaching department comprising League-winning coach Dushanth Lewke and assistant coach Mohommed Sheriff, the whole of the Royal Rugby fraternity will have high hopes of a 4th consecutive League title and yet another Bradby Shield as they kick off the league in a home game against St. Anthony’s College at the Royal Complex on the 7th of March this year, celebrating 100 years of Rugby in Royal College.