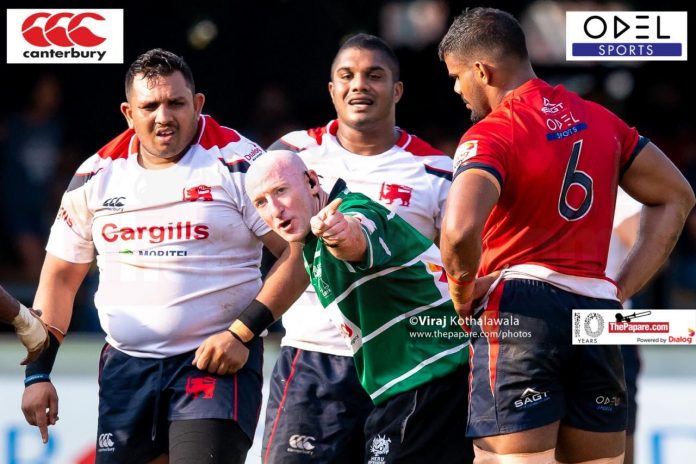 For a second successive weekend, Sri Lanka Rugby (SLR) will utilize the services of foreign referees as Jonathan Markowitz steps in for the sixth week of the Dialog Rugby League 2019/20.

Hong Kong national Markowitz arrived in the country last week for week 5 of the Dialog Rugby League in line with the crucial Kandy SC v CR & FC game. He also refereed the Police SC v CH & FC game on the 3rd of January.

The CR & FC v Havelock SC clash is expected to decide who stays in second place at the end of week 6 of the Dialog Rugby League, with both teams losing only one game so far. This game will also be the first game for the season to be played under lights.