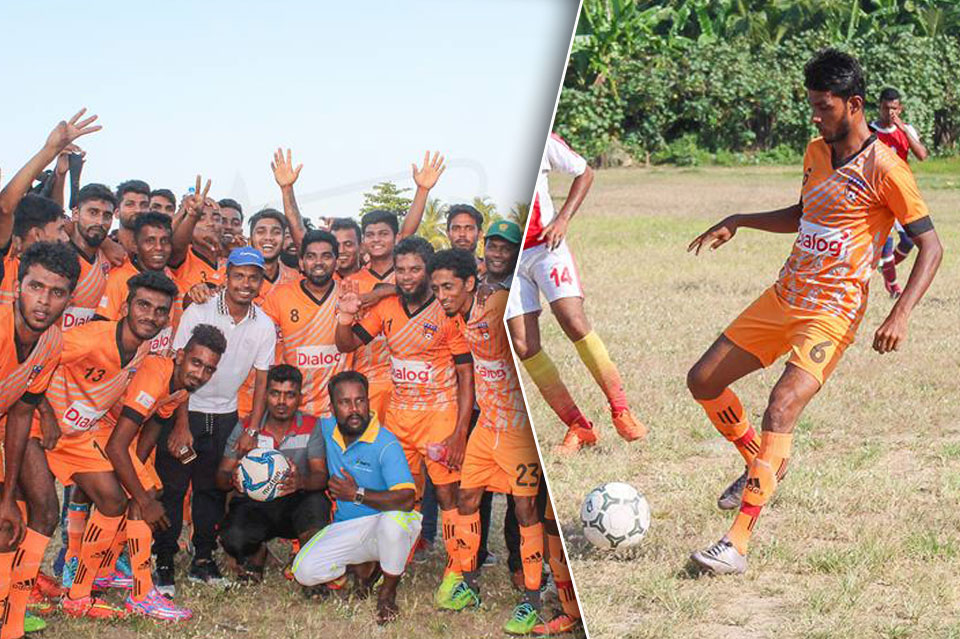 Sublime 2nd half performance from Shafraz Kaiz helped Super Sun SC to start their 2016/17 FA Cup campaign with a 3-0 win against Olympic SC in the 3rd round at the Santhankeni United Public Playgrounds, Kalmunai.

Beruwala Super Sun SC entered the match as favourites following their promising run in the Group B of Dialog Champions League, where they failed to qualify for the Super 8 stage by just one point.

On the other hand, Maruthamunai Olympic SC had registered a mouthwatering 10-0 win in the previous round against Chenkalady Vanavil SC from the Kalkudah League.

Olympic SC, accustomed to the home conditions, was the better side during the early exchanges of the play. Set to play on the counter, the team read the play well and created the opening scoring opportunity of the game through Safny Ahamed who failed to convert. Another chance was wasted by Mohamed Vajrin within a few minutes.

Super Sun slowly but surely started to take control of the ball as the time expired. In the 34th minute, Nuwan Priyankara received the ball after a well-crafted move from former national player Shafraz Kaiz and slotted it home with ease.

The second half started in similar fashion as the first, Olympic SC showed great eager to equalize. Safny provided constant threat inside the penalty box but a well drilled defense line from the visitors withstood all pressure.

Another chance for Olympic SC fell onto the feet of Mohamed Jesha who squandered it painfully. The hosts brilliantly worked a corner at the 65th minute yet again the conversion went begging.

Super Sun scored the second goal against the run of play thanks to the dazzling solo effort from their main man Kaiz. This goal wrapped the game up in favour of the visitors as the confidence level of hosts began to drop.

Super Sun SC applied continuous pressure and Kaiz claimed his second of the day in the dying minutes of the game.

Winners Super Sun SC qualified for the 4th round of the FA Cup and will face Serendib SC for a place in the last 16.

Navy SC defeated Cooray SC 2-0 in another FA Cup 3rd Round encounter at the Navy Base in Welisara.

At half time it was goalless but in the 2nd half Tharindu Eranga scored through a magnificent shot from 35 yards out while Menaka Jeran Fernando scored the 2nd. Christeen Fernando squandered a third after missing a penalty.