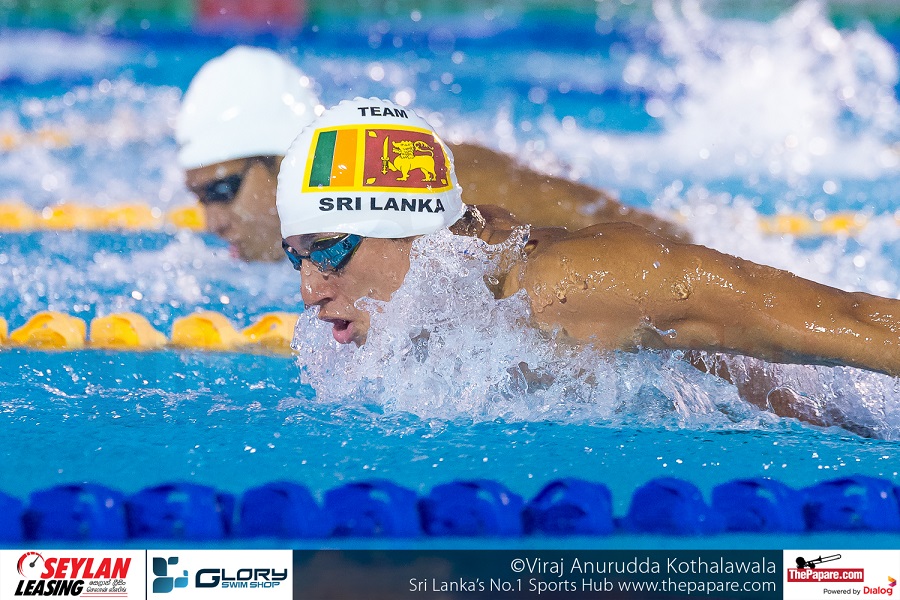 Abeysinghe who swam his pet event the 200m Individual Medley at the world championships, finished 46th in the overall standings of the event. Being one of the youngest to swim the 200m IM, he finished the race with a timing of 2:04.17 minutes setting a new national best.

With this finish, he got his name into the record books as he finished the race with a timing better than the previous holder of the record; Heshan Unamboowe

Kyle will be swimming his freestyle events this evening.

Kimiko Raheem finished the 200m Freestyle with a timing of 2:05.97 minutes, earning her the 51st spot in the overall tally. She bettered her season best by two seconds as her earlier personal best read 2:07.83.

In the 100m Women’s Backstroke Kimiko finished with a timing of 1:02.70 minutes claiming the 44th spot in the overall standings. Kimiko bettered her own national record that she established at the 2016 South Asian Games which was 1:03.78.