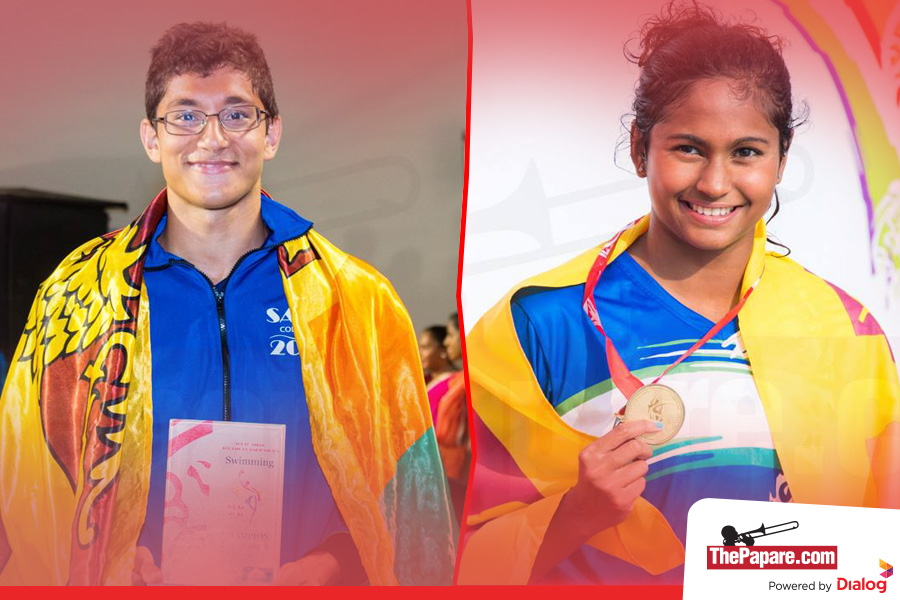 Injured champion swimmer Matthew Abeysinghe’s absence will be clearly felt as Sri Lanka fields Kyle Abeysinghe and Kimiko Raheem for the FINA World Swimming Championships that will commence on the 6th of December in Canada.

Windsor, Ontario Canada is set to host the Word Swimming Championship for the international aquatic body FINA which will take place at the Windsor International Aquatic & Training Centre from the 6th to the 10th December. A total of 900 swimmers are expected to participate from the 170 National Federations, competing in 46 different events.

Sri Lanka’s best swimmer Matthew Abeysinghe will, unfortunately, will have to miss out on the short course championships due to injury. His injury sidelined him from participating in the recently concluded Senior National Championships that was concluded last week as well. The Olympian will miss out an important opportunity in his career and will surely be a huge loss to Sri Lanka’s hopes.

Filling the shoes of his elder sibling, 16 year old Kyle Abesinghe will be shouldering the country’s hopes. Kyle was adjudged the Best Swimmer in the under 18 age group at the recently concluded South Asian Aquatic Championships and rose to stardom at the recently concluded Senior Nationals being adjudged the Best Swimmer in the country for his efforts of winning four gold medals and a silver. Kyle bagged eight gold and three silver medals in total with the relays in the competition.

Champion swimmer Kimiko Raheem who currently trains at the Thanyapura FINA Training facility in Thailand will be the other swimmer who will make it to the championships. Kimiko has been having a successful season in the international circuit starting from the 2016 South Asian Games that was held in Guwahati in India and later at the South Asian Aquatic Championships that were held in Colombo.

In last year’s competition that was held in Kazan, Russia, Kimiko set a new national record in the 200m backstroke event and she will be looking forward to bettering her timing.