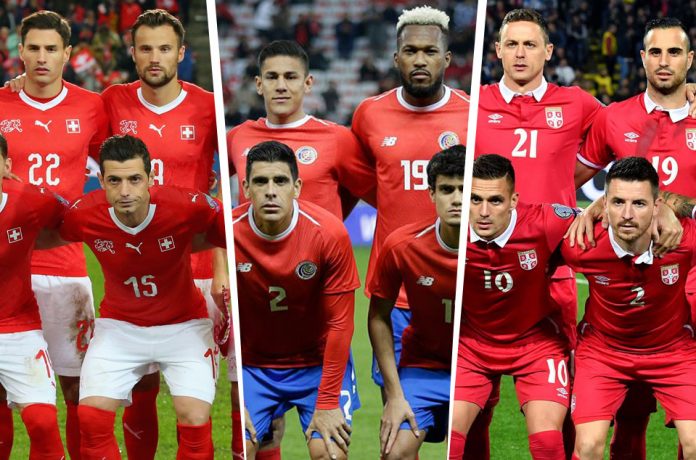 It is expected to be a race for 2nd place in Group E between Costa Rica, Serbia and Switzerland to book a place in the knockouts with little separating them.

Having narrowly missed out on continental glory two years ago at Euro 2016, the strong French national team… 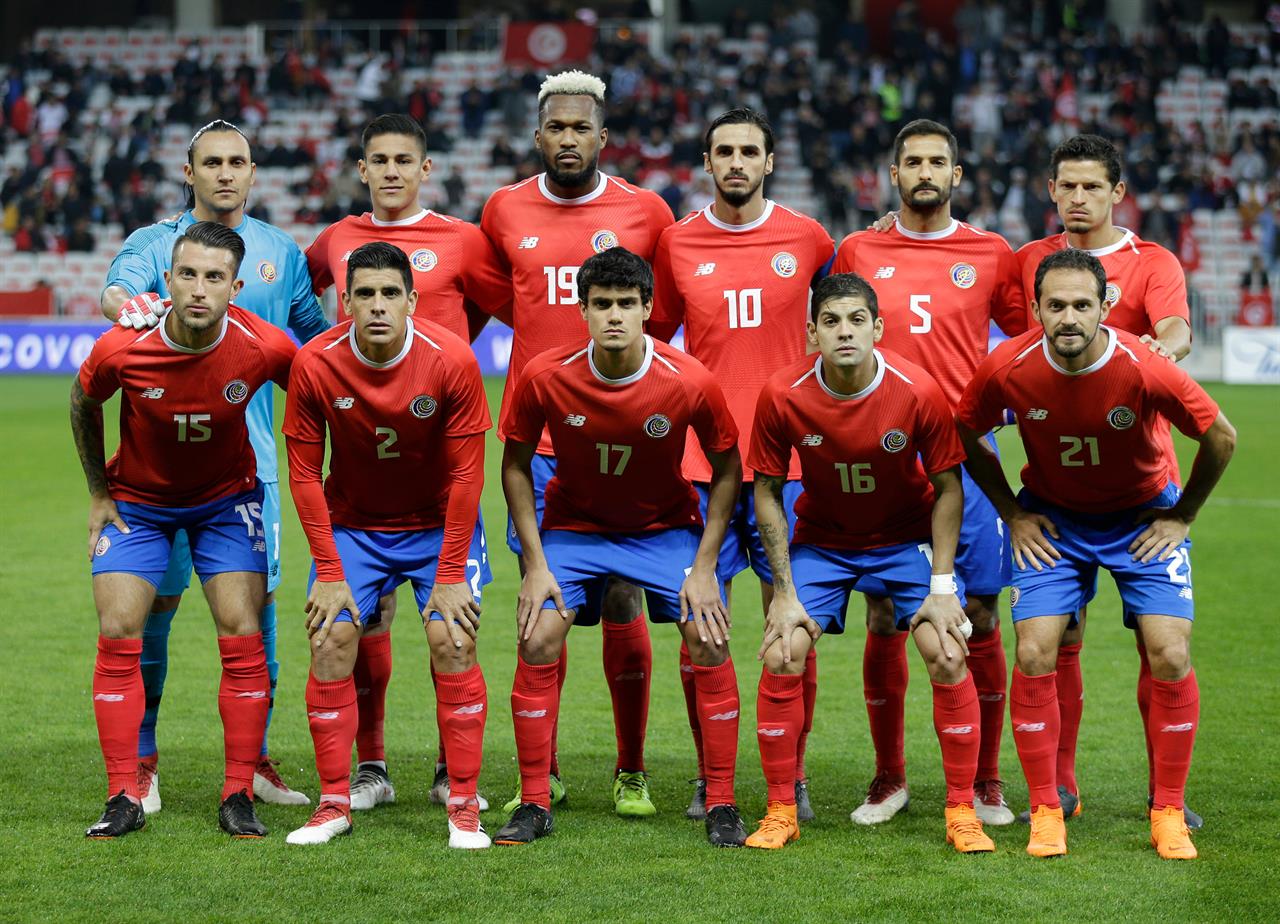 Costa Rica made their first appearance in the grandest stage of them all in the year 1990 and managed to advance to the Round of 16. The group then contained Brazil and two other European teams just as this year.

Since then they have played in three more World Cup campaigns with their best performance being in the last edition when they reached quarter finals, only to go down fighting against the Netherlands on penalties.

Los Ticos qualified as the runners up of the group, which was topped by the experienced Mexico in the CONCAF region, earning an automatic qualification. It was a walk in the park for them in the preliminary round of qualification where Costa Rica remained undefeated.

Despite starting the final round strong, a 3-game winless streak stalled the momentum. But the team wrestled back to win two of their crunch matches against Trinidad and Tobago and USA to earn a spot in the final 32.

However, their qualifier campaign ended up with a defeat to Panama, a historic win for the opposition who qualified for the first time.

Oscar Ramirez is an experienced campaigner who has been in the coaching scene of Costa Rica Football since 2006. He was named manager in the year 2015 and has built a strong core for their team.

Costa Rica made the world look back at them by topping the group against Uruguay, Italy and England in 2014.

One key feature that has remained from then till now is their tight defence. One needs to be sharp to score past Costa Rica. ‘You can’t lose if you don’t let them score’ will be their mantra this year, which may see them through especially against Brazil.

A five-man defensive line will be no surprise as Costa Rica prefers a 5-3-2 formation to suit their style of play.

Obviously, the defence is their strength. With Keylor Navas between the posts, the team will look to defend their hearts out and hope that that carries them through the 1st round.

Their run in the 2014 campaign will be another strength, giving them the belief to go further in the tournament. With the right mixture of experience and youth in the squad, they will be keen to make this another World Cup to remember.

Their strength can be their weakness sometimes. Over confidence in defence may not always help. They need to consistently deliver in the attack as well, take their chances without going into a shell.

Keylor Navas will be the custodian and will play a pivotal role.

Captain Bryan Ruiz will be the one to look to in the front as he will be the playmaker who will be intent on creating opportunities.

After Portugal shocked the world by winning Euro 2016, Cristiano Ronaldo and co. will set lofty standards for… 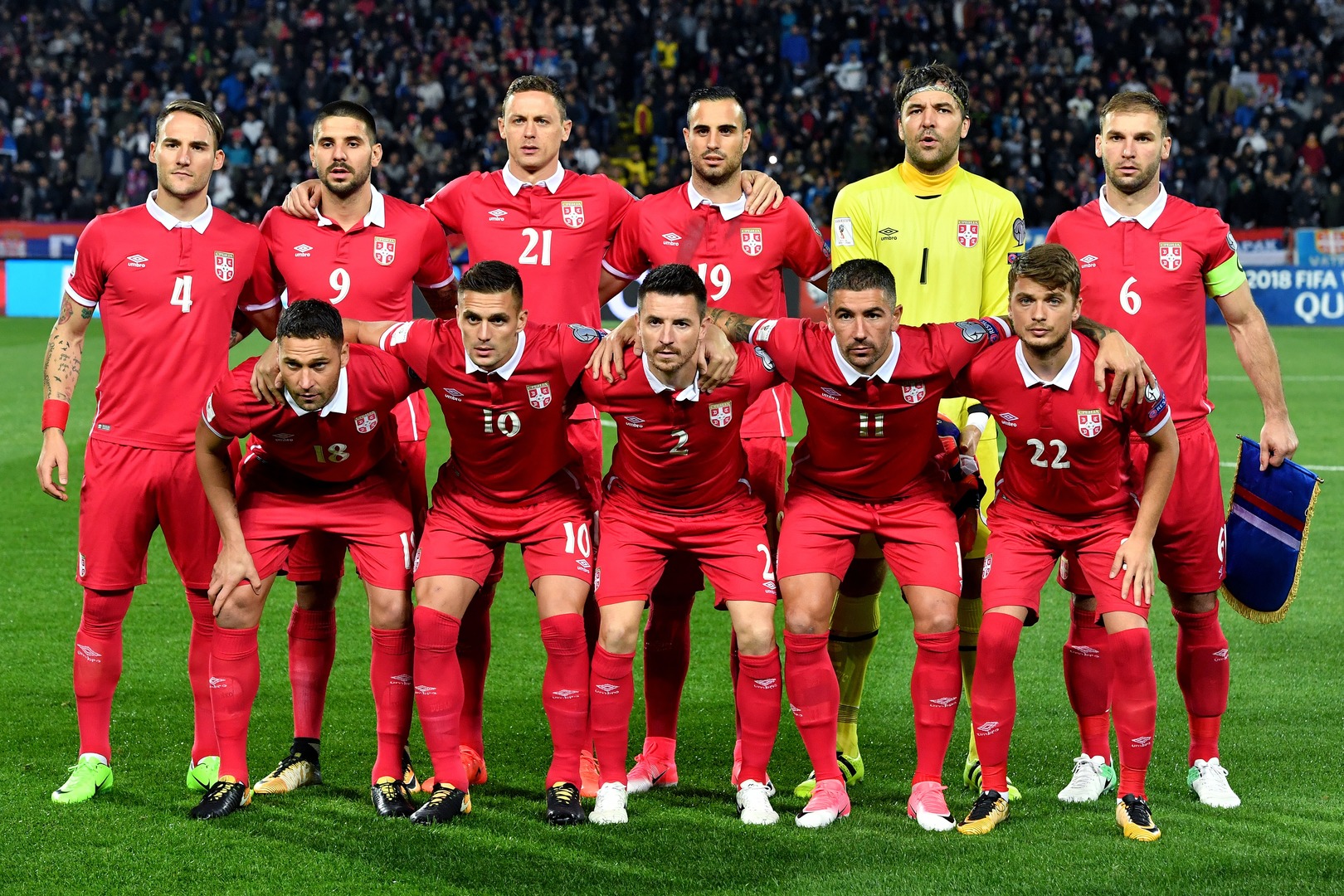 Known for their rich cultural history dating back to Ottoman Empire, their history in the World Cup is just as interesting.

Serbia was one of the participants of the inaugural world cup in 1930 as part of Yugoslavia and has participated in the World Cup on eleven occasions. This includes representation as Yugoslavia as well as under the name ‘Serbia and Montenegro’ in the 2006 edition of World Cup held in Germany.

Serbia managed to finish fourth twice in the history of the World Cup, in both 1930 and 1962, their best performances to date.

Their last outing was in South Africa in 2010 where they finished last but they caused an upset by beating tournament favourites and eventual semi-finalists Germany 1-0.

Serbia booked their finals berth after topping Group D of qualification in the Europe region, no easy feat considering Wales and Northern Ireland were part of the same group.

They finished the qualifiers with six wins and three draws with their only loss coming in the penultimate match against Austria. But a win in the last match at home sealed the deal for the Serbs, winning the tight race in the group where only 7 points separated the top 4 teams.

Mladen Krstajic was appointed as the Head Coach at the end of 2017 and now has a job to guide the team at the biggest stage within 8 months of taking charge.

Having played as a defender in 2016 and been a part of the coaching team for a few years before taking the helm will make things easier for Mladen.

It is highly likely that Serbia will go for a 4-2-3-1 formation considering their last matches building up to the World Cup. With less expectations on them, they may rise out of nowhere and cause some trouble to their opponents.

Serbia has a team which can form a compact XI. The experienced heads can lead the young well but they must be ruthless when it comes to taking opportunities.

Their defence is an area of concern as they conceded as many as 10 goals in the qualifiers.

With a new Coach, they have less time and a smaller margin of error in experimenting to find the right combinations going into the tournament.

The defence has the experience of their aging warriors Alexander Kolarov and Branislav Ivanovic. Their performance may decide how far the team can go. Apart from that, the squad is fairly young.

Nemanja Matic will look to hold firm in the middle, balancing both attack and defence.

Southampton star Dusan Tadic will have to lead the attack along with Aleksander Mitrovic who has scored 17 goals for Fulham this season, helping them to stay in contention for a return to the Premier League. 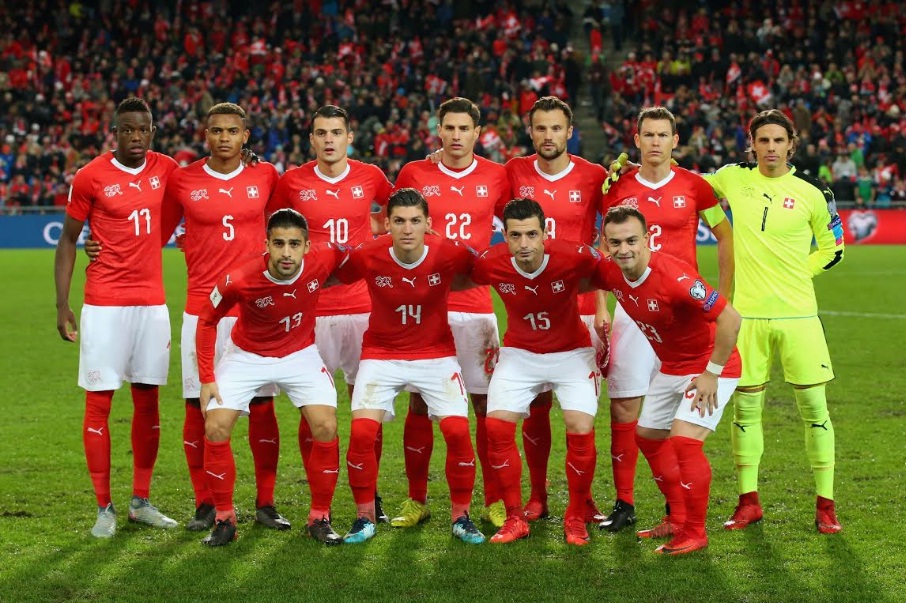 Switzerland played in the second ever edition of the FIFA World Cup in Italy in 1934 and managed to enter the quarterfinals on debut. But La Nati could not go past that achievement in their next 9 attempts overall as they only managed to reach that level again in 1938 and 1954, the year they hosted the event.

But the Swiss managed to qualify for the last three editions, notably topping their group in 2006. In 2010, they beat the eventual winners Spain to start off with, yet ended in the bottom. 2014 saw them bowing out to Argentina in the Round of 16.

Switzerland almost qualified automatically to the finals before losing their last game to Portugal 2-0 and had to play against Northern Ireland in a two-legged playoff encounter which they managed to win with an overall aggregate of 1-0.

Before the loss to Portugal, Switzerland managed a perfect record of winning 9 out of 9. This included beating Portugal at home to start off. But the goal difference was not enough for them to earn an automatic qualification.

Vladimir Petkovic has tasted success after taking over Switzerland in 2014. Strong showings in Euro 2016 and the qualifiers have reaped praise from the Swiss faithful. Some strong showings in the friendlies also helped Switzerland move up to 6th in the FIFA rankings, an all-time high for the country.

Sticking to basic football, 4-2-3-1 may be the formation for the Swiss who would like to make the most out of their star players. With some quality players in their ranks, the Swiss will be deadly at breaks, turning any opportunity thrown at them to attack.

Recent performances show that Switzerland is a well-engineered team, who stick to their basics and bide their time to make the right move. They have all bases covered as their defence and midfield as well as attack are quite balanced and complement each other well.

But as we saw in their loss against Portugal, they tend to wilt under pressure. They lost their knockout games in 2006, 2014 World Cups and at the 2016 Euros. Hence, they have to work as a team rather than banking on certain individuals.

The defence will be led by Stephan Lichsteiner. The Juventus defender has what it takes to perform on the big stage and will lead the defence with confidence.

Former Bayern star Xhedran Shaqiri can make any team run for their lives on his day but he will have to focus on delivering consistently if the Swiss are to compete against the bigger teams.

But the star of the team is Granit Xhaka, Swiss Player of the year in 2017. The Arsenal midfielder has had a mixed season at Emirates but has delivered for the national team whenever he was needed. With ample support from others, he may create havoc on the pitch.