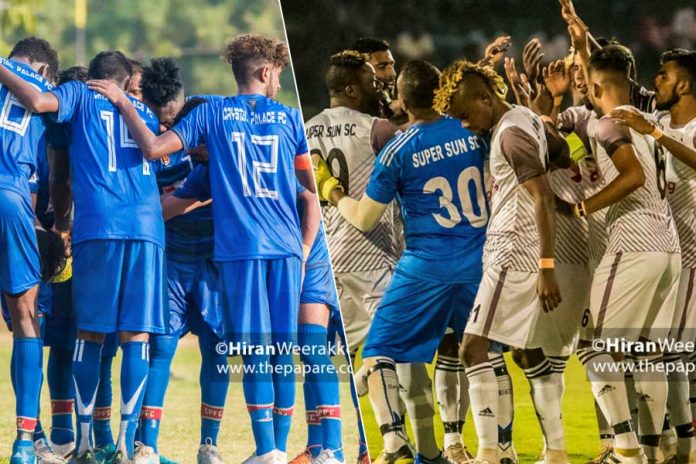 In a surprising turn of events the Football Federation of Sri Lanka (FFSL) has taken a decision to relegate Crystal Palace FC, Gampola from the Dialog Champions League and reversed their suspension decision on Super Sun SC.

The Football Federation of Sri Lanka …..

Crystal Palace finished in 17th place last season – 2nd to last place ahead of Negombo Youth – while Super Sun were suspended and demoted to Premier League Division II midway through the season after refusing to continue their match against Renown SC following a disagreement with the referee.

A source close to the FFSL had this to say to ThePapare.com;

“Yes, we took the decision to demote Crystal Palace and reverse the suspension on Super Sun. Crystal Palace anyway finished in the bottom two – which are the relegation places. Some thought since Super Sun was suspended, and that we already have two relegated teams that Crystal Palace was safe. It is not the case. Palace will join Negombo Youth in Division I next season.