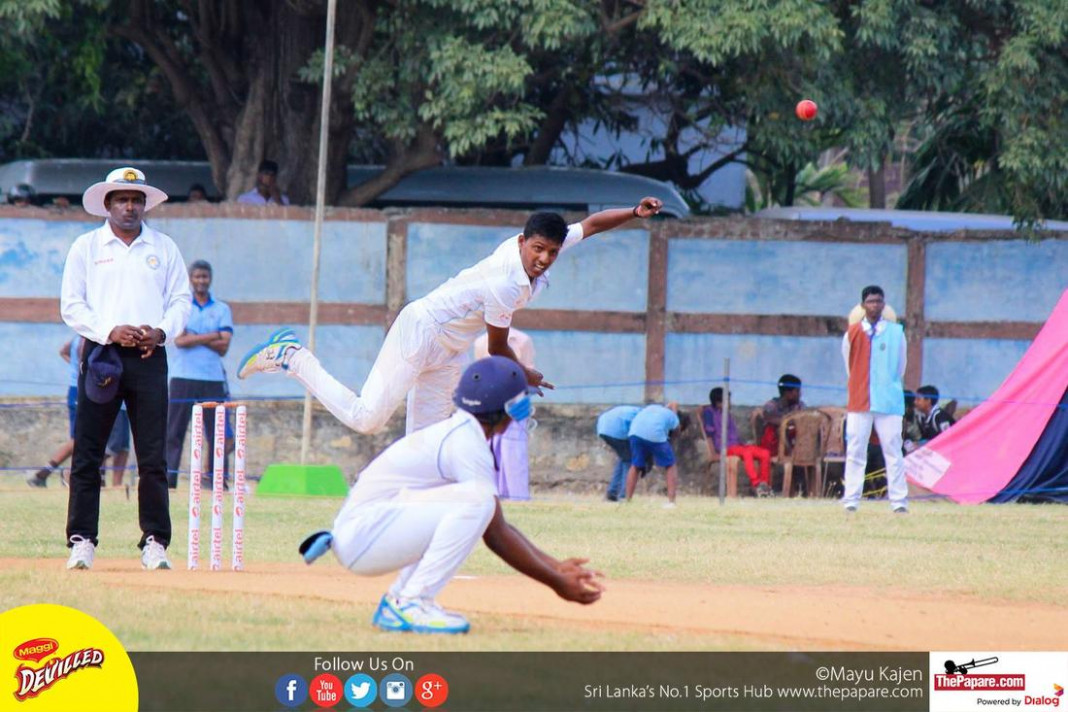 The historical cricket event of the North, ‘The Battle of the North’ saw the end of the 1st day’s play with St. John’s College reaching 66 for the loss of 4 wickets after bowling out the Jaffna Central lads for 166.

St John’s are the current holders of the trophy as they won the last ‘Battle of the North’.

Jaffna Central College captain Alanraj won the toss and chose to bat first in their home ground with hopes of posting a big score. Unfortunately however, they lost their first wicket with 6 runs on the board. Jeroshan and S. Komethagan, the vice-captain of the team, played with responsibility and put on a stand of 63 for the second wicket at the crucial time.

Jeroshan continued his form and scored a wonderful fifty for Central with 8 boundaries while Captain Alanraj also added 36 runs to the total. The others struggled to counter the Johnians spin attack and lost their wickets at regular intervals. They were ultimately all out for 161 in 75 overs. In the bowling department for St. John’s, Jathushan got 4 wickets for just 39 runs.

In reply to the Centralites first innings, the Johnians opening pair started steadily but they lost their first wicket with 26 runs on the board and from then lost wickets at regular intervals. Centurion from the last ‘Battle of the North’, Flemin was dismissed for 4 runs as the last wicket of day and the Johnians ended the day with 61 runs on the board for loss of 4 wickets. Kapilraj and Krishanjuthan remain at the crease with 20 & 7 runs respectively. Raj took 2 wickets for the Centralites.

With two more days to go, look forward to more action from the ‘Battle of the North’ live on ThePapare.