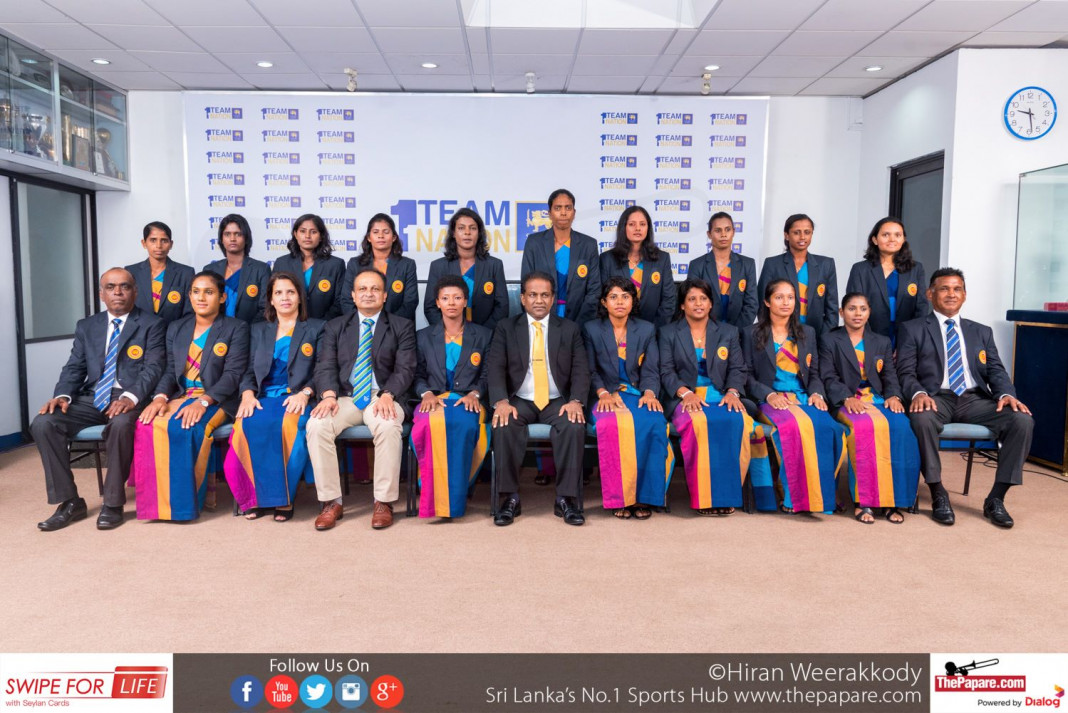 The Sri Lanka Women’s Cricket team left for the shores of Thailand last Thursday, the 24th of November, to take part in the Asian Cricket Council’s Women’s Twenty20 Asia Cup 2016/17, which is scheduled to be held from the 26th of November to the 4th of December in Bangkok.

The team will play 5 games against oppositions India, Pakistan, Bangladesh, Nepal and hosts Thailand. India is currently the leading women’s team in the region closely followed by Sri Lanka and Pakistan who are of similar standing. However since only the two teams with the most number of points will progress to the tournament final, it will be interesting to see how things transpire as the Indian team have refused to play Pakistan as a result of ongoing political tensions between the two nations.

Sri Lanka will play their opening game of the tournament tomorrow against the Pakistan team and will be hoping to put their losing streak to bed in this vital encounter.

Prior to leaving for the tournament, newly appointed captain Hasini Perera and coach Hemantha Devapriya both expressed confidence in the ability of the players who have been picked for the series.

We have been training hard under the guidance of Hemantha Sir, I have got a good team and we are confident that we will be able to do something special at this tournament. We have a few experienced players who have come back from injury so I think we are ready to face this challenge.

Sr Lanka have had a miserable time of late in the international arena having been whitewashed by both the vising English and Australian teams, however, Coach Devapriya is determined to use those losses as learning experiences.

The England tour was a good benchmark for me to see where the team stands in comparison with other countries. England and Australia are currently the best teams in the women’s arena and I am sure you saw an improvement in the team’s performance from the Australian tour to the English tour.

Sri Lanka have been without their regular skipper Shashikala Siriwardene since the World T20 earlier this year and have used as many as three captains since then. Chamari Atapattu was thought to be the perfect replacement for Siriwardene however after losing the 4 ODIs and T20 against the Aussie in embarrassing fashion, Inoka Ranaweera was handed the reins. It seems to have been a short term solution however as 21 year old Hasini Perera was named captain for the Asia Cup even before the series against England was done.

Nevertheless, Perera has expressed that she has the utmost confidence in the players around her and is hoping the team can play as one during this series.

Everyone is working hard and the senior players have been supportive during training, we hope to do well at the tournament.

Atapattu has been Sri Lanka’s batting powerhouse for the past few years but has however suffered a dip in form of late and as a result of this has not been scoring too many runs.  Seeing as she is a genuine match winner when playing her natural game, Coach Devapriya had this to say about her role in the team.

Chamari is a clean striker of the ball, I think the English bowlers really bowled well to her during this last series. However in the T20 format, we have to consider sending her up the order if we expect to make the most out of her ability.