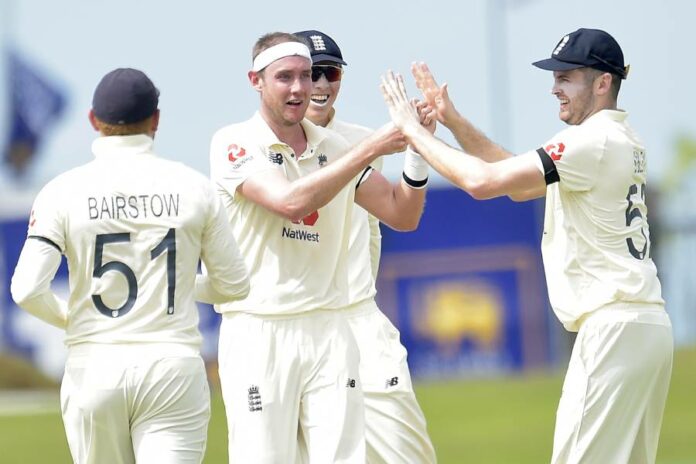 Sri Lanka threw away the advantage of winnings the toss by being all-out for a record low 135 runs granting the driving seat to visiting England on the first day of the first Test at Galle. England were 127/2 at stump trailing only 8 runs to Sri Lanka’s first innings total with their captain Joe Root well set for the big innings on tomorrow.

Sri Lanka is led by Dinesh Chandimal in the absence of Karunarante. Chandimal won the toss and elected to bat first at Galle.

Karunaratne has been sidelined from the 1st Test with a fractured thumb, meaning both Lahiru Thirimanne and Kusal Mendis could slot into the playing XI. However, both couldn’t deliver again as the pair continued their poor form gifting England wickets in the first hour of the day. Mendis grabbed his 4th consecutive duck becoming only the 4th top-order batsman to do so. 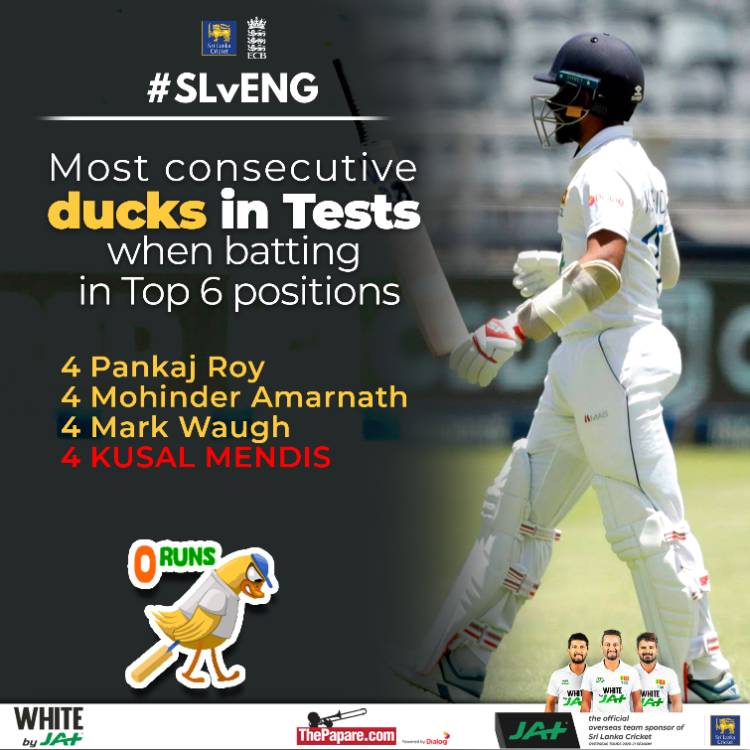 After Sri Lanka was reduced to 14/2 opener Kusal Perera played a reverse sweep off Dom Bess’ 2nd ball of the innings, just to present an easy catch to Joe Root who was eagerly waiting at 1st slip. The ball didn’t seem to move much in the first two hours but Sri Lankans found a way to be dismissed, granting the visitors an upper hand on the very first day of the Test series.

The two veterans Chandimal and Angelo Mathews who are back in whites for Sri Lanka after injuries, steadied the ship afterwards adding a 56 runs partnership. Skipper Chandimal passed the 4000 Test runs in his innings while his partner Mathews became the 5th Sri Lankan to reach 6000 Test runs.

Unfortunately, Sri Lanka lost the set pair just after lunch reducing them to 81/5 and never recovered afterwards. Everyone seemed to be planning on being generous to the visitors as they gifted their wickets regularly to perish for 135 which is the lowest 1st innings total ever recorded in Galle. 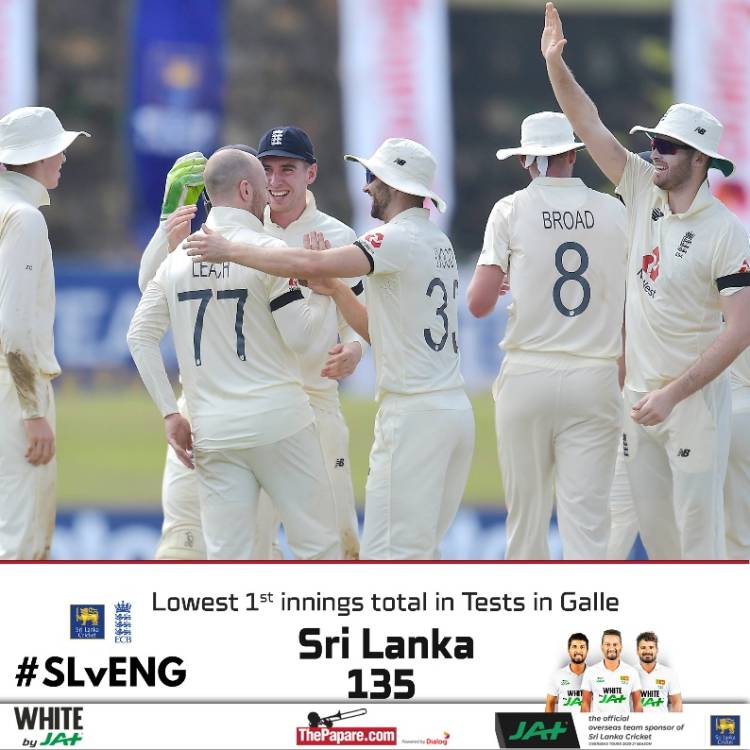 English off-spinner Dom Bess registered perhaps the luckiest 5-fer by a bowler which is also his best performance in an innings with the ball.

English openers Zak Crawley and Dom Sibley couldn’t stay at the middle for long as left-arm spinner Lasith Embuldeniya send them back to the dressing room taking Sri Lanka back into the game. Embuldeniya also became the first-ever spinner to lead the bowling attack and dismiss both the openers for single-digit scores in a team’s first innings in Test cricket.

But then the experienced duo Joe Root and Jonny Bairstow joined for a patient yet fluent partnership teaching the homeboys how to play at Galle as they put up an unbeaten 110 partnership for the 3rd wicket cutting down the 1st innings trail for 8 runs.

Root swept away to his fiftieth half-century while Bairstow was unbeaten on 27 at the stumps on day 01.