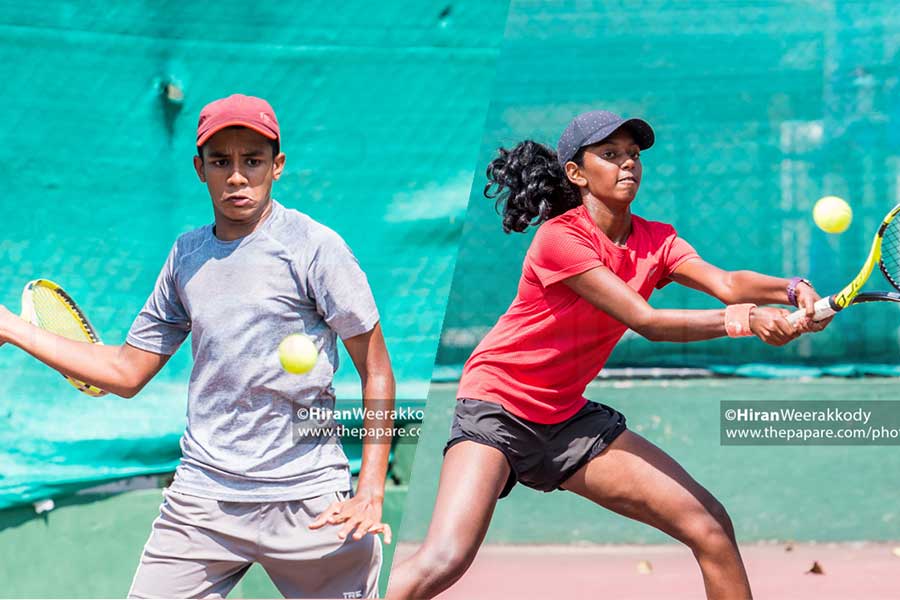 The first edition of Ele Open presented by Elevate, concluded successfully over the weekend (11th – 13th January) at the Sri Lanka Tennis Association.

Kicking off the new year with a new tourney, Ele Open’s first stint focused on the Under 12 and Under 16 categories exclusively and was ranked as a Grade 5 tournament. 4 main events were successfully completed over the matter of 3 days; Girls’ under 12 & 16 and Boys’ under 12 & 16.

In a 64-man draw, the tournament top seed Methvan Wijemanne and second seed Dhanushka Dias fittingly reached the final. In a closely fought match, young Methvan pulled through to the first title of the year, 6/4, 6/4.

Seeded number 15, Junior National champ Vichinthya Nilaweera reached the semifinal stage, only to be eliminated at the hands of Hasal Ahangama. Ahangama faced second seeded, Apna Perera in the final and had to settle with a runner-up title. Perera took the win 6/2, 6/3.

Read More : A hero with a racket and a yellow fuzzy ball

The Girl’s under 12 category also saw a top and second seed clash in the final with Arushi Thomas and Melasha Ra taking center stage. In a tense three setter, Melasha Ra took home the Girls Under 12 title with a score of 6/2, 3/6. 11/9.

The Girls Under 16 draw was the shortest in the tournament with 16 entries. After a nail biting win in the semifinal match, top seed Preethikaa Chandramohan booked a slot in the final against unseeded Anitra Dharmaratne. Chandramohan took home Gold in an easy 6/0, 6/2 win in the final battle.