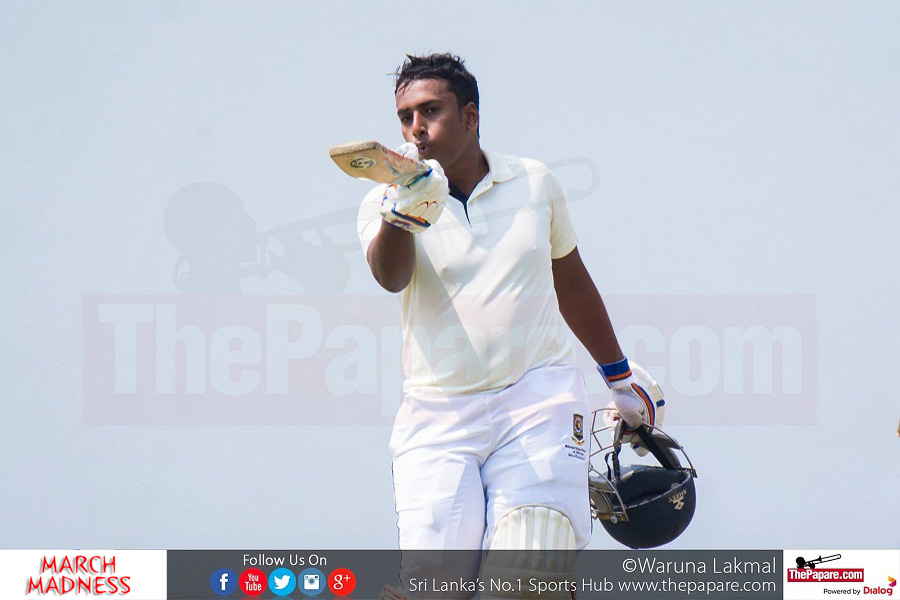 Mahanama College had their rivals DS Senanayake reeling at 62 for 4 at stumps in the 11th battle of the Golds at P Sara Oval.

Mahanama ended day one in a disastrous state and they will face a stiff task ahead of them on day 2. They were put under tremendous pressure by Mahanama College in the latter part of day 1. The pressure was too much as they kept on loosing wickets and ultimately ended up at 62 for 4 in 22 when bad light stopped play on day 1. They are still trailing by 209 runs with just 6 wickets in hand.

Early on, DS Senanayake College won the toss and elected to field first. It was an obvious choice for the winning captain given the fact that the P Sara pitch gives assistance for the fast bowlers early on in the day. But they couldn’t use the conditions well enough as Mahanama batsmen played patiently and showed grit right through. They lost only 2 wickets in the first session and then piled up the runs in the second session.

Bishan Mendis was the top scorer with 74 runs while Malindu Maduranga scored 70 runs. There were contributions right along the batting line up but it was Vihan Mudalige’s unbeaten cameo of 37 runs which propelled Mahanama College to 271 for 9 in 60 overs. They managed to keep up a healthy run rate of above 4 runs which goes to show their intent in the first innings.

With the ball in hand for DS College, Vihan Gunasekara picked up 6 for 100 while Muditha Lakshan bagged 2 for 83. Day 2 will commence tomorrow and it will surely be a thriller to watch.