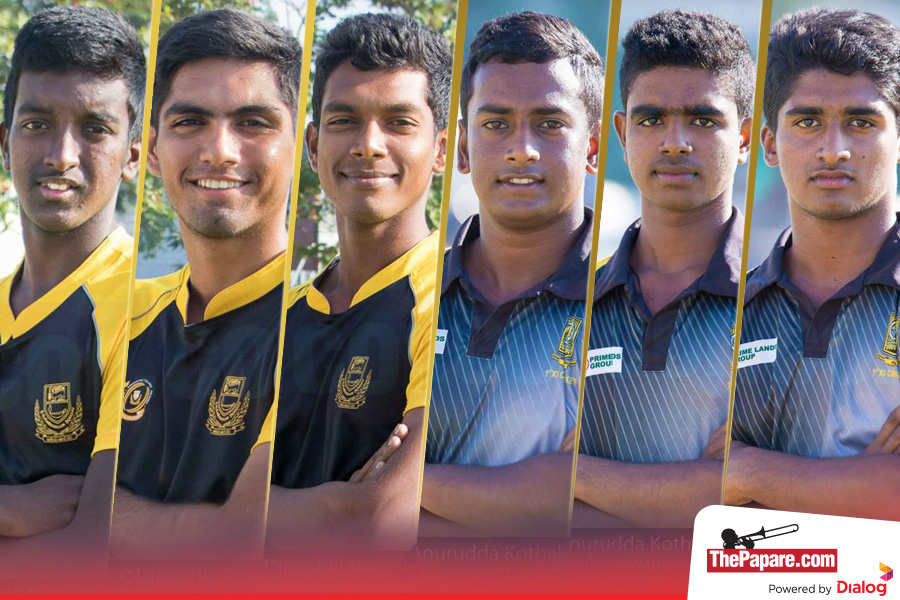 Mahanama College comes into this year’s big match, the 11th Battle of the Golds, as the favorites and the better side on paper, whereas DS Senanayake College will look to make an impact at P. Sara Oval grounds, Colombo on the 24th and 25th of March.

History of the Encounter

DS-Mahanama started their series way back in 2007 and since then only DS Senanayake has notched up a win; in 2014 under the captaincy of left arm seamer Binura Fernando, the rest of the matches ended as drawn encounters.

Having a history of 60 years in the game, Mahanama College has produced some great cricketers in the past such as Danushka Gunathilake, and Lalithmana Fernando and they are working on building more players who will represent Sri Lanka in the future.

Mahanama College has done extremely well in this season as they qualified to play the pre-quarter finals in the two-day tournament. They were the runners up in group ‘B’ in first the round of Singer-cup 2-day tournament.

3rd year coloursman and the wicket keeper batsman Malindu Maduranga will lead Mahanama College this season. He has accumulated 960 runs including 5 centuries and 3 half-tons with 184 being his best. He will play a major part for the Mahanama batting department.

3rd year coloursman Kavindu Vilochana will be the deputy of the side and he has scored over 500 runs including a ton.

All-rounder Hashan Nileeka, who opens the bowling for the lads from Mahanama, has captured 17 wickets so far this season. The hard hitting right hander has scored 560 runs with the bat, including a century.

Ashan Sandeepa will lead the bowling attack with his wiry left-arm spin; Sandeepa has grabbed 56 wickets in the season so far with 6 for 63 being his best. 14-year-old Pawan Ratnayake captained the junior national team and he will be the surprise package of the Mahanama outfit.

DS Senanayake have played 14 matches this season and have won 2 games outright and claimed 6 first innings wins; 2 coming against the much fancied Nalanda College and Trinity College outfits.

Torin Pitigala is the senior-most campaigner and will lead the DS outfit. He has missed most of the matches due to an injury but has recovered well and will look to go big in the 11th Battle of the Golds. Stylish left hander and vice-captain Shehzaad Ameen has over 600 runs this season with an average of 30 and will strengthen the batting with Vihan Gunasekara who is the leading run getter for the Senanayakians with 610 runs; he has also grabbed 48 wickets.

Shashika Gamage, the wicket keeper of the side, and Dasun Perera have both managed to archive over 500 runs this season. Left arm spinner Muditha Lakshan will lead the bowling attack; he has captured 69 scalps this season and he will surly get some spin in the P.Sara Oval.

Both teams are going in with a chance of winning the game, but Mahanama College have the slight edge over DS Senanayake College and they will look to make their first win in the series.