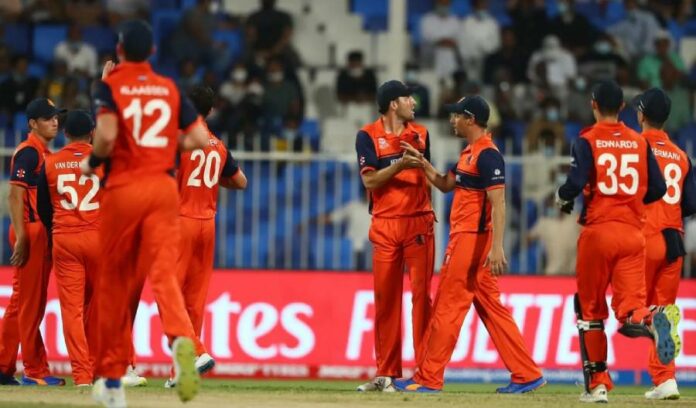 Netherlands have named a strong squad for the T20 World Cup in Australia with the likes of Roelof van der Merwe and Colin Ackermann returning.

Roelof van der Merwe and Colin Ackermann were notable additions to the Netherlands squad that took on New Zealand at home in the recent T20I series.

Scott Edwards will lead the side that has a strong pace attack with Brandon Glover, Timm van der Gugten, Logan van Beek and Paul van Meekeren. Ackermann is also a capable all-rounder who can bowl medium pace.

“We have assembled a well balanced squad with an exciting blend of youth and experience for the upcoming T20 World Cup,” head coach Ryan Cook said.

“The experience playing in the Super League will stand the team in good stead and good confidence can be taken from these performances.

“We will look to continue the progression that was evident through the summer into the tournament and have some quality preparation planned prior to the event which will help the readiness for the group in both skills and cohesion.”