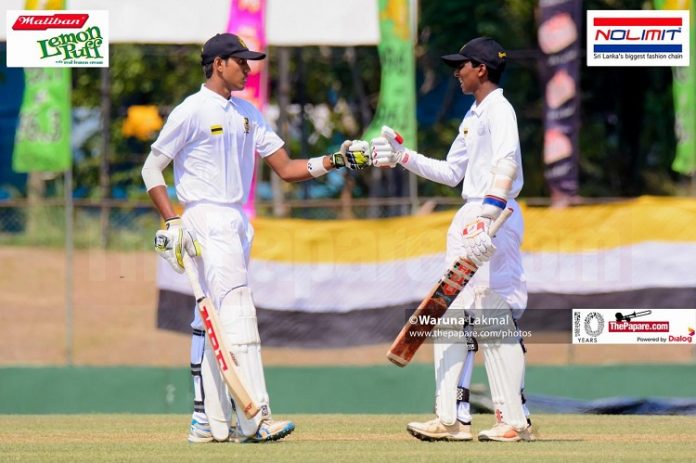 The 13th Battle of the Golds encounter between Mahanama College and D.S. Senanayake College ended in a draw today at the P. Sara Oval Cricket Grounds in Colombo.

An evenly poised battle to be staged at DS-Mahanama

Mahanama College opening pair, Vinuka Rubasinghe and skipper Pathum Botheju resumed their first innings on 20 runs for no wicket. However, the Mahanama batsmen struggled against some disciplined bowling by D.S. Senanayake led by Pasindu Adithya who picked up 3 wickets for 45 runs.

Mahanama declared their innings at 196 runs for 9 wickets in 82.3 overs with Pawantha Weerasinghe (46) and Sonal Dinusha (40) making the biggest contributions with the bat. Weerasinghe’s knock came off 43 balls and included 6 fours and 2 sixes while Dinusha made his knock off 103 balls with 2 boundaries.

The D.S. batsmen began their second innings 48 runs ahead and were 90 runs for 1 wicket when umpires called stumps on day two. Amitha Dabare made an unbeaten 50 off 61 balls with 4 fours and a six.

DS tail puts up a fight after early wickets

The DS-Mahanama rivalry recognized as the “Battle of the Golds”, commenced today….