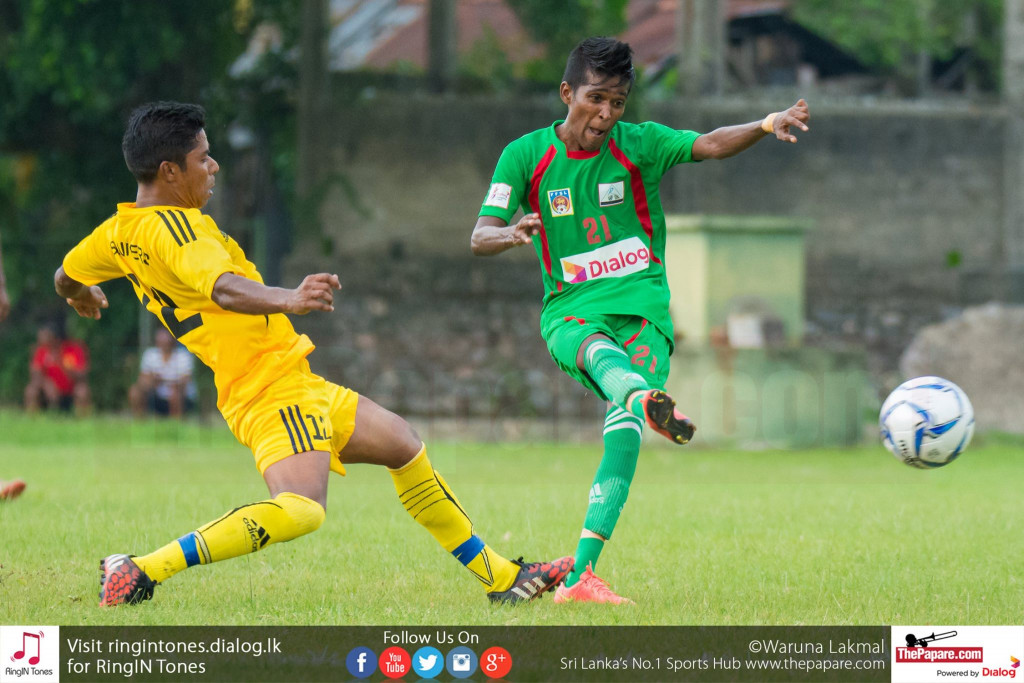 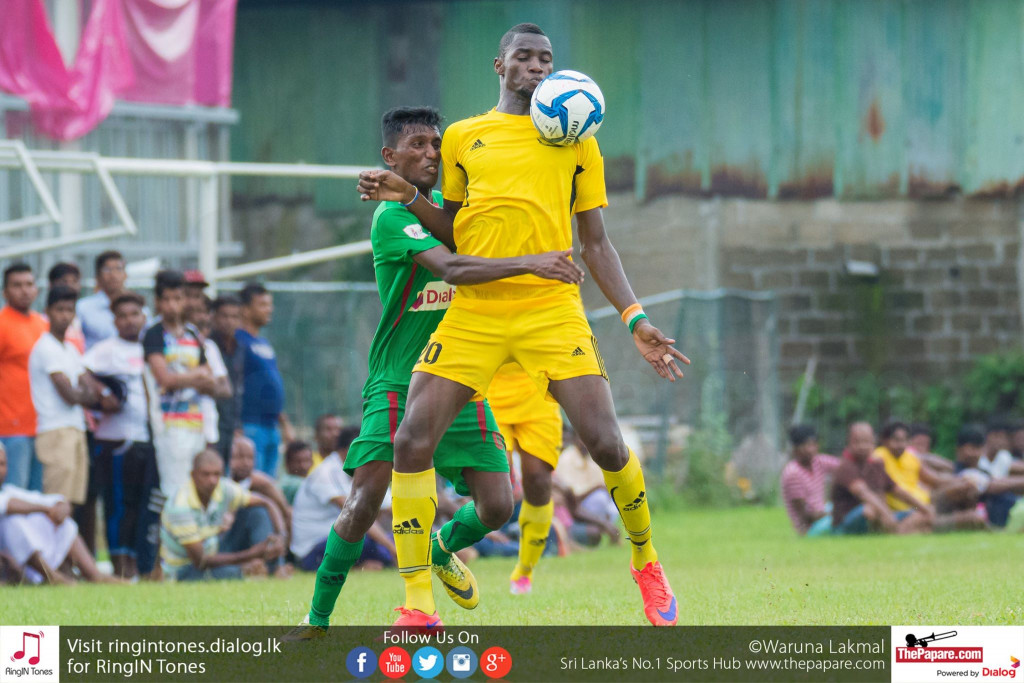 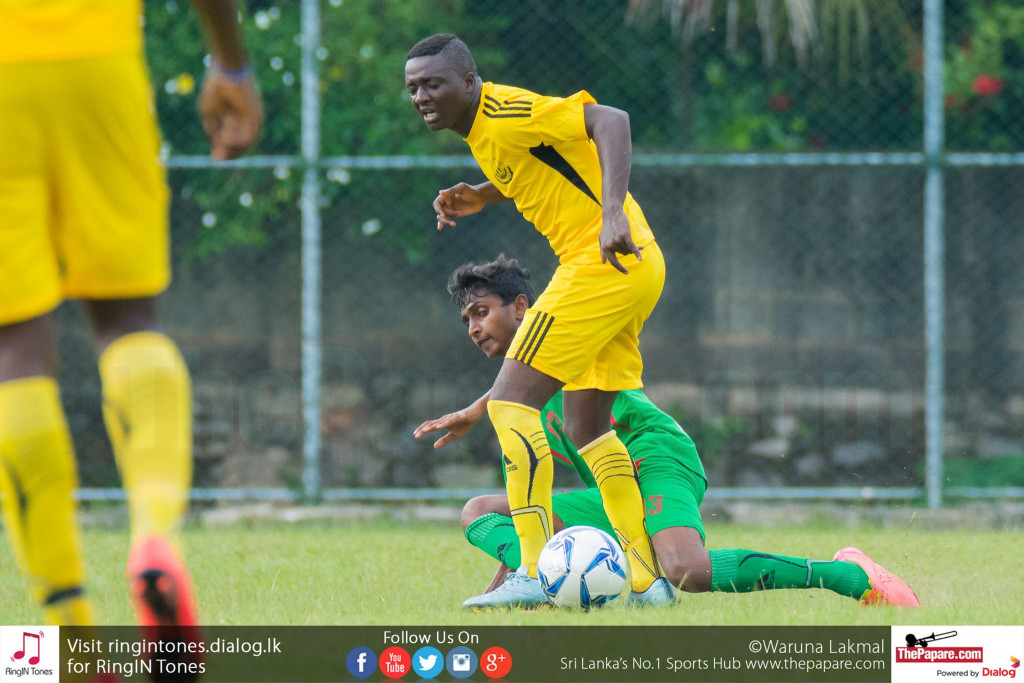 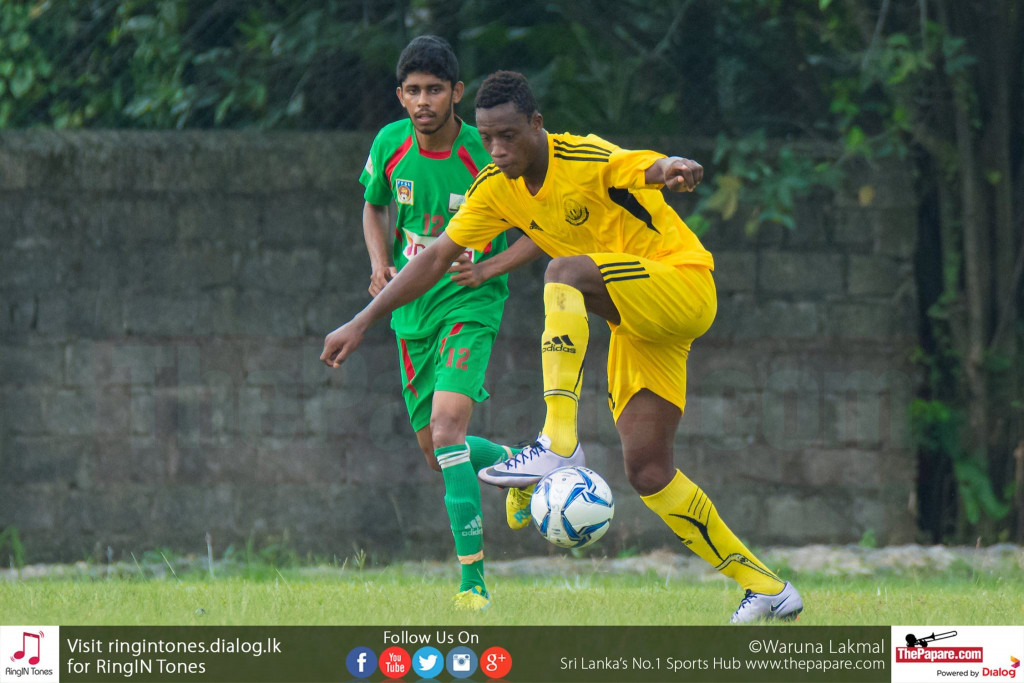 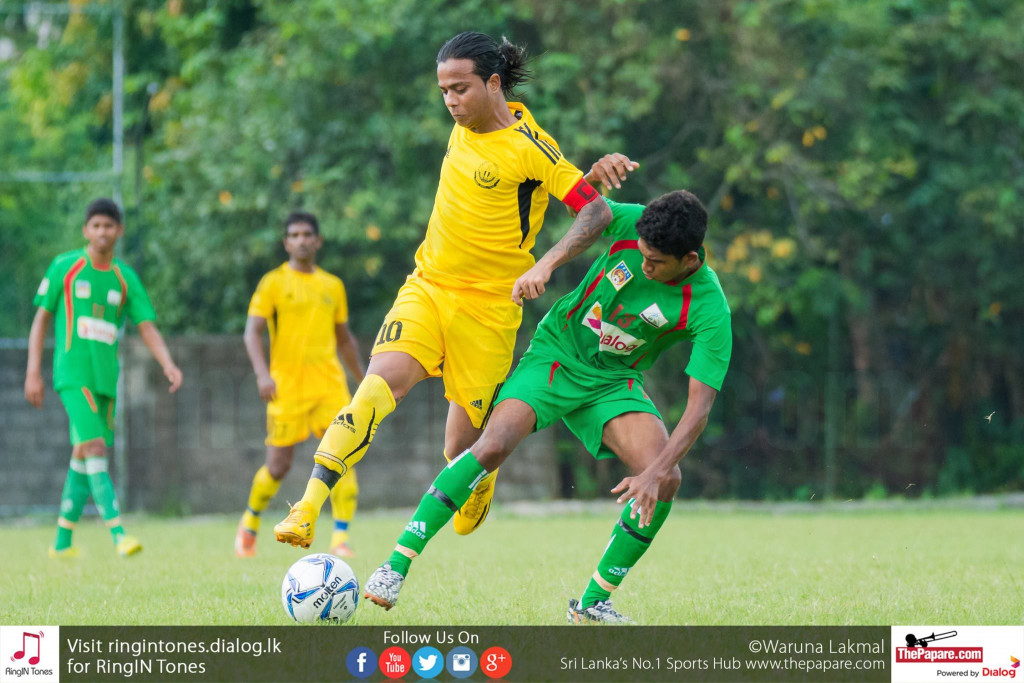 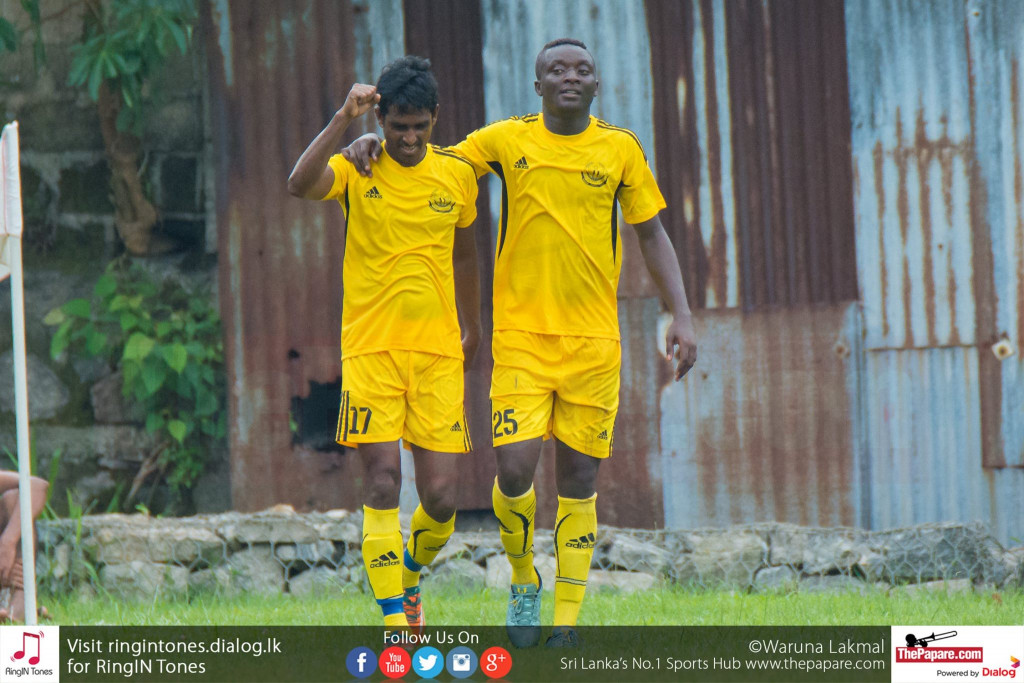 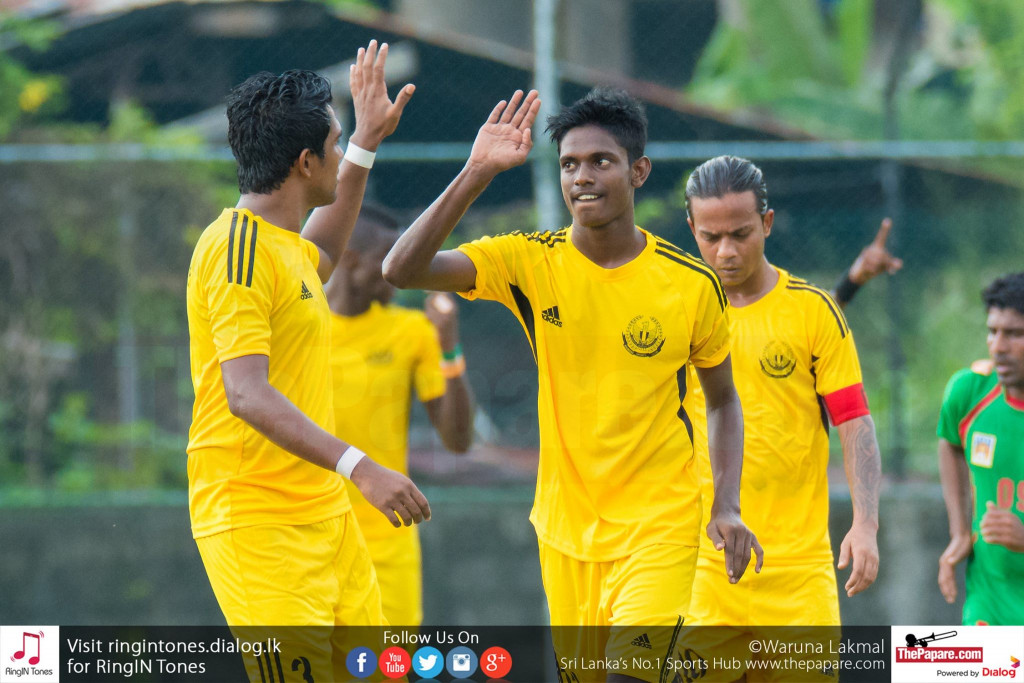 Saunders SC left no room for error as they bossed proceedings against Pelicans SC to win comfortably by a 3-0 score line at the Kelaniya Football Complex to book their place in the FA Cup quarterfinals.

Saunders showcased their rich brand of football straight from the first kick against the visitors, who set up in a rather defensive manner with the lonely figure of Kasun Pradeep upfront.

With waves of attacks launched at the Pelicans base it was a matter of when, rather than if, the Pelicans fort will be breached.

After a series of corners that moment arrived in the 30th minute, when Abdel Mohamed sent a sweeping cross from left to right to the feet of Chrishantha Abeyasekara who dished out a scrumptious ball across the face of goal for a simple tap in for Sundaraj Niresh.

With their tails up Saunders were seeking a second to grab the game by the scruff of its neck as they kept pressing relentlessly.

The second arrived in a rather unexpected manner as a corner from Chrishantha Abeyasekara beat everyone between the Pelicans’ sticks including the keeper to sneak in from the far post to give Saunders a freaky second right on the stroke of half time.

With the visitors limited to a couple aimless counter attacks, it was all Saunders leading up to lemons with their offensive front proving to be a bit more than what the Pelicans defense had bargained for.

The second half started as things ended in the first, with the home side dominating proceedings.

Yet, the away side showed more intent themselves pushing a few more bodies upfront knowing that they needed to force the issue to get back into the tie.

After a brisk spell of possession Pelicans had a few chances themselves when substitute A. Sujeevan kissed the crossbar with an intended cross ringing a few alarms at the Saunders defense.

Within a few minutes after Pradeep Ekanayake dribbled his way passed a few Saunders defenders to see himself one on one against the goalkeeper Rasik Rishad, just to see his shot being parried away for a corner.

After a few jitters at the back, Saunders stepped on the gas to control proceedings yet again as they were on the search for their third.

Abdel Mohamed provided just that, as he weaved past a couple of defenders and the Pelicans keeper to set up Traore Mohamed for a simple tap in in the 70th minute.

With the game coming to a close with a comfortable win for the hosts a few hostile tackles flew in from the visitors simply to aggravate the Saunders players and the supporters made themselves heard.

The referee though kept a close check on proceedings throughout, dishing out warnings when necessary.

Abdel Mohamed was the difference between the sides with his valuable contribution in midfield. He was the puppeteer of the Saunders offense bringing players into the game and creating chances.

Ancelotti backs Zidane to be a “terrific manager”