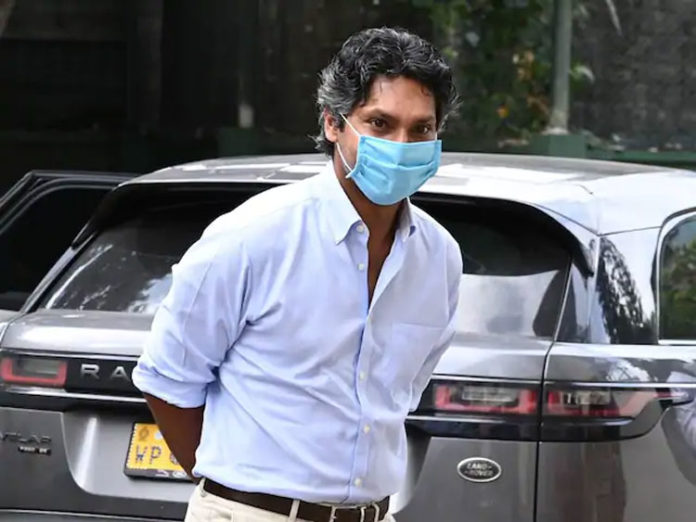 Former Sri Lanka skipper Kumar Sangakkara opened up to renowned journalist Harsha Bhogle on Cricbuzz, regarding the investigation he had to face after claims of match fixing were made by the former Sri Lanka sports Minister, Mahindananada Aluthgamage.

Speaking on his experience about all the match fixing claims, Kumar Sangakkara said, “It is disappointing and also a bit amusing at times, and we had that recently when the ex-sports minister did quite a frivolous claim and we had to go in and answer questions and make statements”’

On the 18th of June 2020, the former Sports Minister said that the 2011 ICC World Cup Final was fixed for money or other returns and also mentioned that he has evidence to prove his statement. None of which have been made public.

However, after questioning Mahela Jayawardene, Kumar Sangakkara, Aravinda de Silva and Upul Tharanga, investigations into the fixing allegations of the 2011 ICC World Cup finals have been dropped after no evidence was found to support former Sports Minister Mahindananda Aluthgamage’s claim.

“When it comes to politics, when you have politically and morally corrupt individuals, who are affiliated with the sport even in an official capacity, you understand where all this comes from and you don’t have to be afraid to second guess what their motivations are” current MCC President Sangakkara said, mincing no words on the subject.

Sangakkara looked at the bright side of the ordeal he had to go through, claiming that these scenarios are healthy for the game’s integrity. “Actually, to go through and answer those questions, and making those statements was really healthy for the game, whether it was me, the selectors, Mahela or anyone else. I think that process is really important for people to understand what respect for the game means. The game of cricket needs people of integrity and people who are not afraid to speak their minds” he further added on Cricbuzz

The game in question, the final of the 2011 World Cup played at the Wankhede Stadium and Sri Lanka posted 274 but Gautam Gambhir’s 97 and MS Dhoni’s unbeaten 91 took India over the finishing line with 6 wickets in hand, making India the World Champions after 28 years.