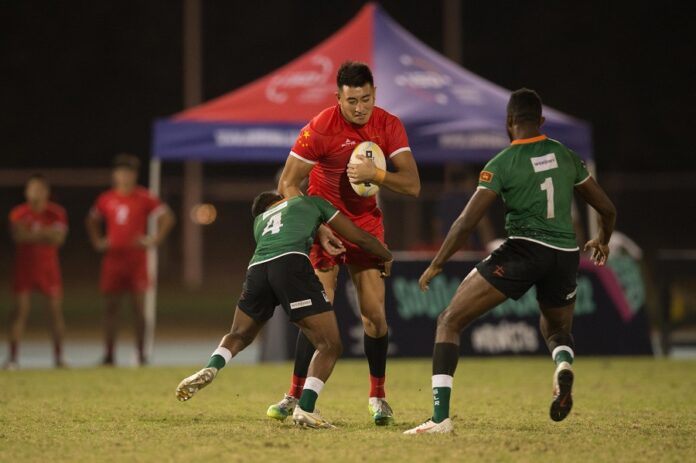 Sri Lankan men’s 7s team had a disappointing day in Dubai during Day 01 of the Dialog Asia 7s Series competition as they went winless in the three group games, they competed in. Sri Lanka were grouped with Asian giants Japan & China with hosts UAE making up the group of four.

Sri Lankan team took wing to the UAE handicapped without some of their best players due to the sports ministry directive of only picking players who participated in the Warrior 7s competition. They were always going to face an uphill battle against teams who are in great form and are vying for a spot in the Rugby 7s World cup with the top two seeds of this tournament getting the nod for the global event in 2022.

Sri Lanka’s first game was against Asian heavyweights, Japan, who enjoyed the service of many players of pacific origin. The physical mismatch was apparent from the get-go as Japan managed to win almost all the restarts deprive Sri Lanka of all-important possession. Despite being down and out at the end of the first half trailing 19-00, the young tuskers never gave up and managed to finish the game with a

respectable scoreline of 29-14 courtesy of converted tries from Nishon Perera & Sachith Silva and a brave defensive effort from the young tuskers. 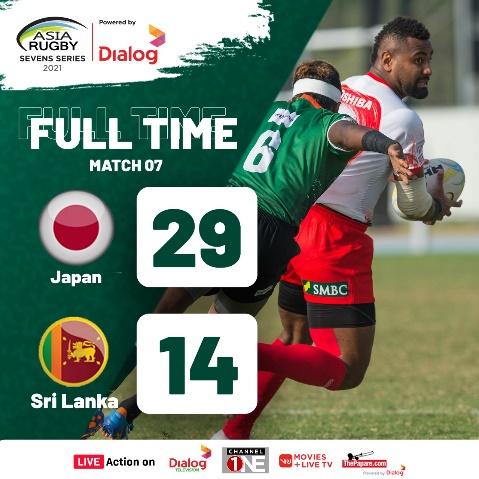 Heavy collisions against the large framed Japanese players seemed to have taken a toll on the young Lankans as they struggle to come into the game against UAE who enjoyed the luxury players of pacific & European origin. Sri Lanka’s restart woes were again exploited by UAE as they kept winning the ball back after restarts frustrating Sri Lanka and pilling up points. While the physical mismatch was apparent Sri Lanka were guilty of unforced errors and lacked structure in attack in the little possession they enjoyed. After trailing 17-00 at the end of the first half Sri Lanka only managed to notch up a solitary try in the second half through Janidu Dilshan finishing the game 29-07. This result was rather disappointing to the eager rugby followers of the island since UAE was a team Sri Lanka dominated in recent years but looked a far superior outfit in this exchange. 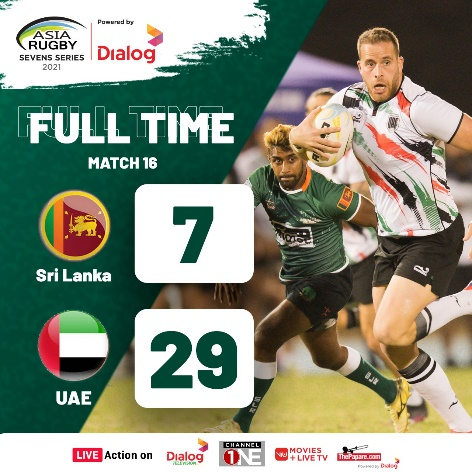 China who has undoubtedly been one of the most improved sides in the region was Sri Lanka’s next challenge as they searched for their first victory of the competition. Having come into the game with a loss to Japan and a win against Hong Kong, this was a must-win game for the Chinese to guarantee that they will progress to the Cup semifinal as the second seed of the group. Signs of fatigue was evident in players of both teams but China showcased their dominance from the kick-off and stormed to a lead of 12-00 within a few minutes. Sri Lanka managed to battle on with some hearty defensive efforts with the score reading 17-00 at halftime. Despite the spirited efforts by the tuskers, the Chinese were on a mission to secure their semifinal spot and delivered a clinical performance winning the game 32-00. 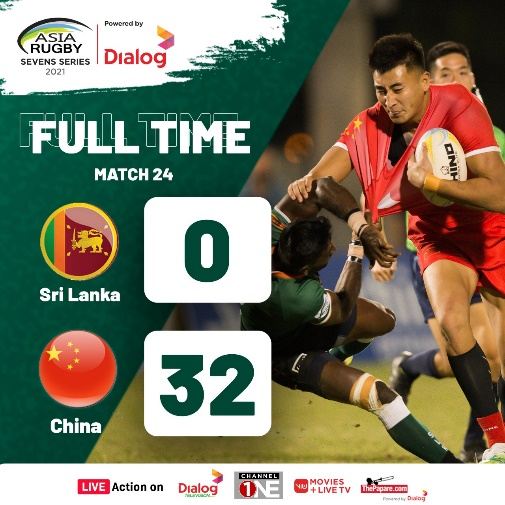 Japan topped Group B unbeaten with China coming in second and qualified for the Cup Semifinals while UAE & Sri Lanka who was placed 3rd & 4th respectively in the group scheduled to compete in the Bowl/Shield Semi-Final.

In Group A Hong Kong topped the group with an unblemished record courtesy of a hard-fought win over South Korea who were placed second in the group. They will face China & Japan respectively in the cup semi-final while the Philippines & Malaysia will play Sri Lanka & UAE respectively.

Sri Lankan women managed the only win of the day for the nation winning their first game against Malaysia. Having taken the lead 12-05 with under a minute remaining in the game Sri Lanka looked like they were comfortably home but was dealt a last-minute scare when Malaysia scored under the post after the buzzer. But the Malaysian kicker botched the easy kick handing Sri Lanka the win 12-00 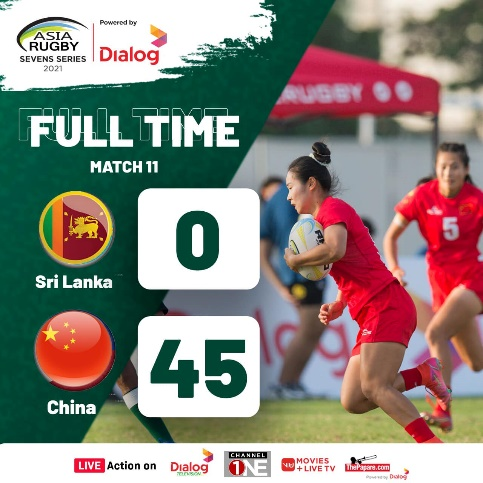 Sri Lanka played China next who are looking like the team to beat in the women’s segment. The gulf between the two teams was evident as the Chinese won the game with a whopping 45 -00 scoreline. Sri Lanka did not do themselves any favors and were guilty of turning over possession due to unforced errors.

The final game for the Sri Lankan women was against 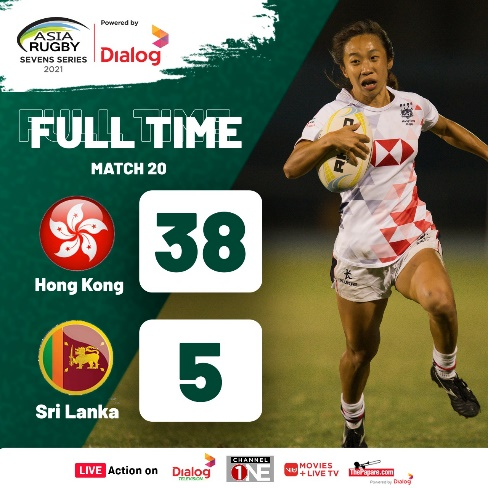 Hong Kong who are also considered a powerhouse in the Asian circuit, Sri Lanka started well putting together a few phases but failed to match the intensity of Hong Kong. Both teams lost players due to yellow card offences with fatigue creeping in but Hong Kong managed to use their experience to cruise to a 38-05-point victory.