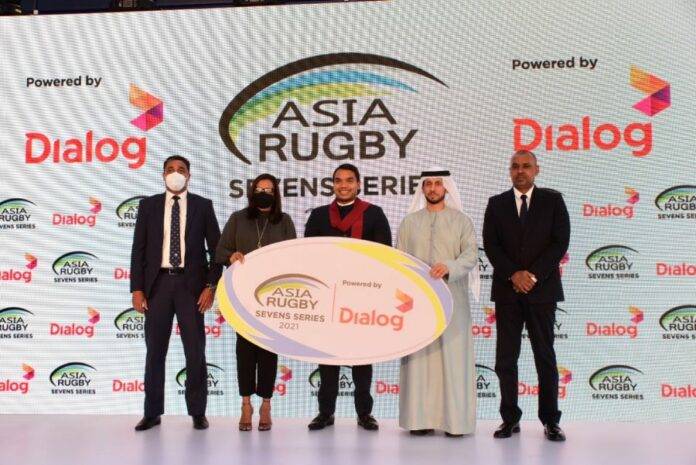 The launch of Dialog Asia Rugby 7s 2021, the premier Rugby event of the Asian region, was held today (15th) at the Colombo Port city premises.

Sri Lanka’s premier connectivity provider, Dialog Axiata PLC, have come forth as the title sponsor of the much looked forward to Asia Rugby Sevens series, which will be worked out on the 19th & 20th of November at the Dubai Sports City.

Dialog also launched a unique fan jersey that captures the spirit of Rugby in the Asian Continent. The fan jersey designed and stitched in Sri Lanka that encompasses the vibrant colours and unique designs of Asia while sporting the map of the continent on the left-hand sleeve, which incidentally has the highest viewership for Rugby in the world.