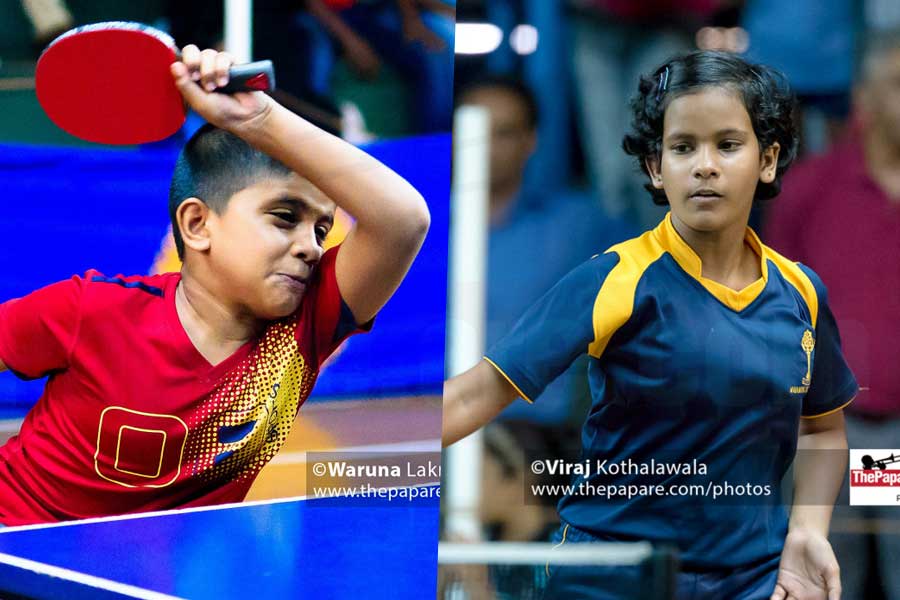 Initiated in 2017, the All Island Junior Ranking tournament is conducted by legendary National Table Tennis veterans Indika Prasad and Deepika Rodrigo. The tournament saw a total of 460 young paddlers, spread across 8 age groups, starting from the Girls’ and Boys’ under 10 singles categories, all the way up to the Under 18s.

In the U-10 age group where the youngest paddlers took the table saw Sadinthie Jayasinghe of Musaeus College, Colombo win the girls’ championship followed up by Tamadi Kavindya of Sri Devananda College, Ambalangoda as runner up.

Chameesha Thushadi of Kegalu Balika Vidyalaya, Kegalle won the final against Navindi Senevirathne of Kegalu Balika Vidyalaya, Kegalle in the girls’ U-12 age group. Dewmeth Weerasena – Lyceum Internationla School, Nugegoda and Kakeru Hennayake of Ananda College, Colombo met in the Boys’ final of the U-12 age group with Dewmeth Weerasena managing to edge out Kakeru.

The much more competitive age groups U-15 and U-18 were held in the afternoon sessions in the latter part of the tournament. Kavishka Kavindi won against Jithara Warnakulasooriya in the Girls’ category while Thisas Ranchagoda won the Boys’ category of the U15 age group defeating Sri Lanka’s No.1 rank, Senura Silva in the final.

The doubles were played for only the U-18 age groups where paddlers from much younger age groups participated to play alongside their senior counter-parts.

Kavishka Kavindi and Imasha De Silva of Dharmashoka won the title after a close battle with Bimandee Bandara of Hillwood College, Kandy and Dinithi Dissanayake of Mahamaya Girls College, Kandy