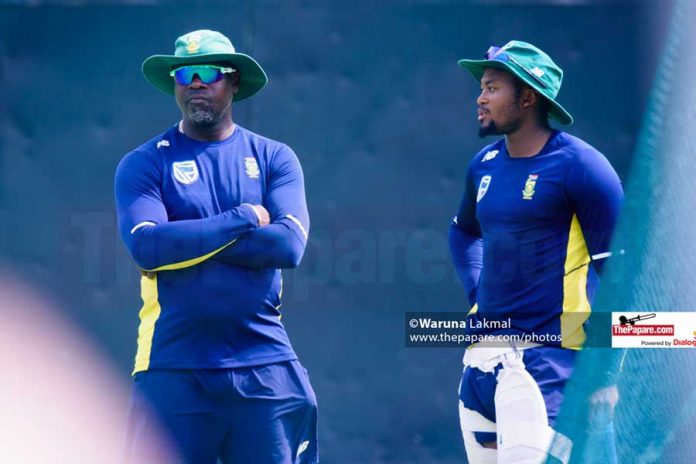 Ottis Gibson will not serve as the head coach of South Africa for their forthcoming tour of India after Cricket South Africa revealed a revamped management structure for the team which will see the board appoint new administrative staffs in charge of the Proteas.

Gibson, the former West Indies fast bowler, was appointed as South Africa’s head coach in August 2017 on a two-year contract and oversaw the team’s home Test series wins against India, Australia and Pakistan. South Africa also won away ODI series in Sri Lanka and Australia during his reign but lost Test series at home and away to Sri Lanka and endured a forgettable World Cup campaign last month.

Exiting the team with Gibson is the long-serving Mohammad Moosajee, the joint team manager and team doctor. Moosajee, who was first appointed in 2008, has already communicated his wish to not be considered for another term after his current contract expires in September 2019.

The replacements for Gibson and Moosajee will now be appointed by a team manager, who will take overall charge of all aspects of the team, including the appointment of the coaching staff, captain, the medical and administrative staff. “[The Team Manager] will also ensure an effective manner of cricket governance and greater accountability to South Africans,” a board release stated.

I made absolutely no demands: De Villiers opens up about World Cup selection saga

Van Zyl, along with Chief Executive Thabang Moroe, will appoint an interim management team, selection panel and captain for the tour of India. It is likely that Faf du Plessis could continue as captain until the new management trace out a roadmap and a succession plan. CSA will meanwhile advertise the positions of Director of Cricket, Team Manager and convenor of selectors.

“This change will herald an exciting new era for the SA cricket and will bring us into line with best practice in professional sport,” Moroe said. “I must stress that the new structure was not a rash decision. It was taken after much deliberation by the Board, taking all the factors into consideration about the current state of our cricket and also the plan that we need to get to within the timelines we have set.

“I would like to thank Ottis Gibson, other members of the team’s current senior management, and our long-serving team manager, Dr. Moosajee, for their national service to South African cricket.”