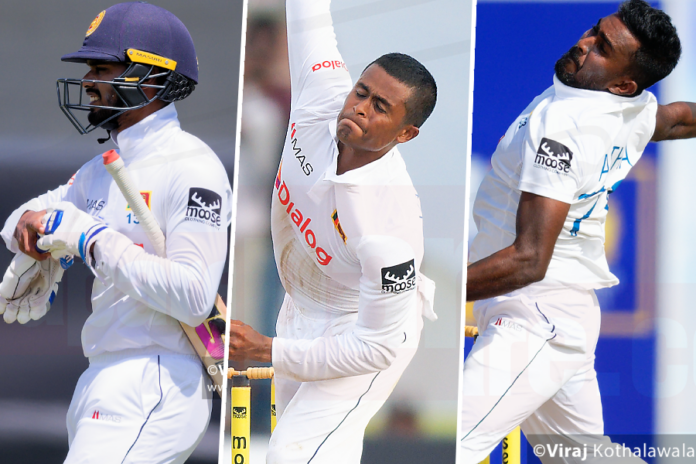 Sri Lanka off-spinning all-rounder Dhananjaya De Silva, wrist spinner Jeffrey Vandersay and speedster Asitha Fernando have been ruled out of the second Test against Australia having tested positive for Covid-19.

De Silva, Vandersay and Fernando were found to be positive during a Rapid Antigen Test conducted yesterday. Following the identification of the 3 players as Covid Positive, the rest of the players and support staff underwent a Rapid Antigen Test, and all returned negative.

All three players have been relocated to a different hotel and remain in isolation. The left arm spinner Praveen Jayawickrama who also tested positive for Covid-19 a couple of days ago, was relocated to the same hotel. Lakshan Sandakan has been drafted into the squad as a replacement.

The second Test match between Sri Lanka and Australia will be played from 8th to 12th July at Galle International Cricket Stadium. The visiting Australian side won the 1st Test match by 10 wickets and leads the 2-match Test series 1-0.